[ They (Deomcrats) need a false flag to justify using national intelligence agencies to snoop on the Trump team. ]

3 posted on 04/06/2017 12:36:35 AM PDT by SaveFerris (Hebrews 13:2 Do not forget to entertain strangers, for ... some have unwittingly entertained angels)
[ Post Reply | Private Reply | To 1 | View Replies ]
To: Helicondelta
Hey, did anyone else notice that last week, very quietly, every single staffer at the DNC was fired? 4 posted on 04/06/2017 12:38:49 AM PDT by PhilDragoo (Onambla: Marxist-Muslim crack-smoking closet queen Exp 1-20-17)
[ Post Reply | Private Reply | To 1 | View Replies ]
To: Helicondelta; SaveFerris
I turned on CNN the day after the Rice story broke, and she issued a denial that contrasted with her recent statement on PBS that she "knew nothing about this (surveillance)"

I switched to CNN, and they were going full throttle talking about how much trouble Trump was because of the "Russian Investigation."

It is like a psychotic cabal has taken over the majority of the US media. These people are literally out of their minds.

Here’s a theory; Obama can’t get people he wants into high places because of accessibility/security reasons, POTUS signs EO to allow the dissemination of classified info to 16 additional agencies geometrically bringing access to this once privileged info to lower levels. I napped this weeks ago when I said Comey lied about a Russia investigation he claims started in July but didn’t tell congress until march.

Comey is involved too.

“The best minds of the GOP bet $140 million of their own money that Jeb! would be the nominee. (Maybe they should have hired Putin.)”

Henry Kissinger said that, that it doesn’t make any sense why the Russians would want Trump as POTUS. He’s right and so is Coulter, why the hell would they want Trump when they could get anything or do anything with Hillary? Just pay her off! That’s what makes this whole accusation by the Democraps even more laughable. 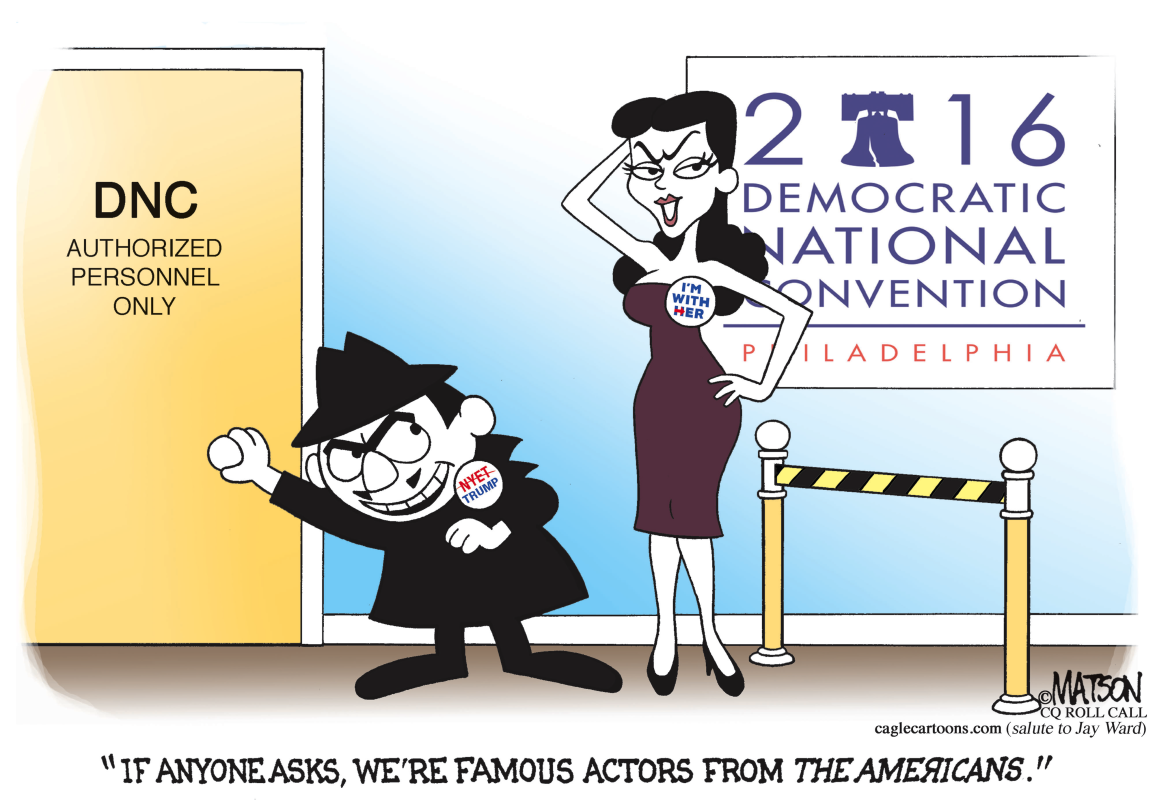 26 posted on 04/06/2017 7:29:21 AM PDT by RightGeek (FUBO and the donkey you rode in on)
[ Post Reply | Private Reply | To 1 | View Replies ]
To: Helicondelta
The 'Trump-Russia conspiracy' is a HOAX by the DemonRats AND THEIR PUPPET MEDIA to provide cover for their ILLEGAL surveillance of Team Trump. TOTAL HOAX 100%.

It was a DNC whisteblower who gave Wikileaks the dirt, NOT Russia. Seth Rich is dead. Do the math: 2+2=4.

This whole mess is the product of an Obama administration that has felt from his first inauguration that they could do as they pleased & there would NEVER be any consequences...

After all- there was a President who wasn’t legally qualified due to his birth to even be in the Oval Office, and he surrounded himself with criminals & people who have NO moral or ethical compass anywhere between any of them.

Claiming that his administration would be the Most Transparent ever-—Obama set the bar for the most corrupt & lying administration this country has seen in a very long time.

IF Shrillary had been elected, it would have been “Obama Part 2 on STEROIDS”.

Thank you voters——thank you for saving this country by electing Trump.

Bengazhi will bounce back on both Obama & Shrillary, I hope & then they can both end up in Gitmo.