Earlier today “his excellency” President-Elect Donald Trump released the copy of a Christmas Greeting letter sent from Russian President Vladimir Putin.   It would appear PEOTUS is having a little fun poking the media with the bear 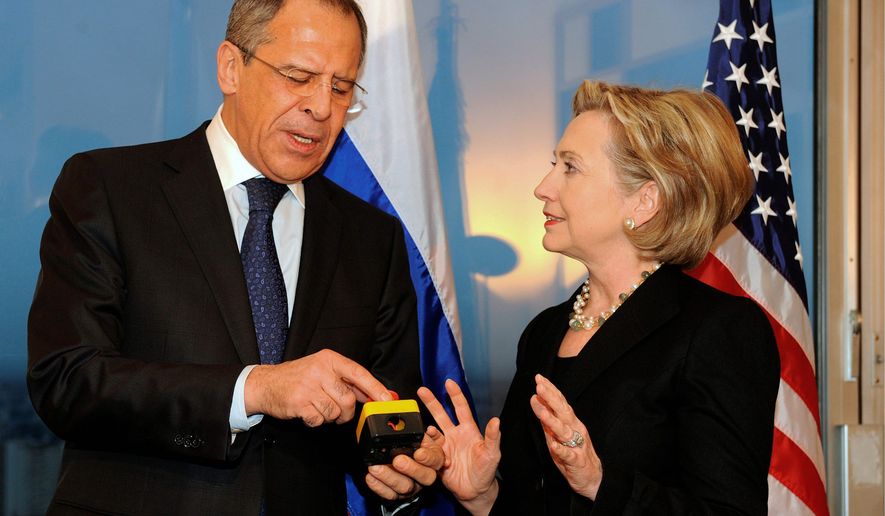 Time for the big boys to meet and talk.

Serious global and regional challenges, which our countries have to face in recent years, show that the relations between Russia and the U.S. remain an important factor in ensuring stability and security of the modern world.

I hope that after you assume the position of the President of the United States of America we will be able – by acting in a constructive and pragmatic manner - to take real steps to restore the framework of bilateral cooperation in different areas as well as bring our level of collaboration on the international scene to a qualitatively new level.

Please accept my sincere wishes to you and your family of sound health, happiness, wellbeing, success and all the best.

Ditto the comment made by
petszmom:
at 2:43 pm today

Putin is no better no worse than the slugs we’ve had in office the past 50 years plus. Just because our government said so DOES NOT MAKE IT TRUE! As we are well aware, a nation is known by the President it selects. What does that say about us?

Earlier today “his excellency” President-Elect Donald Trump released the copy of a Christmas Greeting letter sent from Russian President Vladimir Putin.   It would appear PEOTUS is having a little fun poking the media with the bear…

For what it’s worth, that device is an emergency kill switch.

If this “His Excellency” thing is for real, the lib heads will explode.

I just wonder how Putin would have addressed Hitlery?

You mean there’s going to be no World War III? Damn, no wonder liberals hate Christmas. They never get what they want.

Putin is a Christian. That is a huge improvement over what we presently have.

I do believe that Putin and Trump will have a respectful relationship and put an end to world-wide Islamic terrorism.

Cue in James Taylor “You’ve got a friend.”

Great idea. We need to erase the disastrous Obama years from US Foreign Policy. This would be a good place to start

Russia and the Russian people are not our enemies. Radical Islam is. Time for this manufacture hostility to Russia in the US Political class, being pushed with Saudi money, to be neutralized.

At worst, Putin can be an irritant to the world body politics better if we can find a way to make him an ally. He has neither the economic, nor military, strength to be a real threat to the West. He can, however, be a ginormous pain in the butt for us in the ME. It would be better to have him in the ME policy tent rather then outside throwing rocks at it. Right now the DC clown posse, on behalf of their Saudi paymasters, have pushed Putin out of the tent. That is idiotic.

We face the same problem now that we faced during WW2. We have an existential threat to our existence (Islamic Fascism) that is also the enemies of the Russians. The Russians will never be our ivory pure clean as snow perfect friends but they are, potentially, our allies in this fight.

Putin is looking so much thinner than usual. He looks well enough, so I hope his loss of weight isn’t health related. We’ve had MUCH worse Presidents in the USSR than Putin, and I think Trump can work with him, so hope both will remain healthy for the next 8 years.

Of course he does. To say otherwise is whistling past the graveyard. OTOH he isn't Khrushchev.

Actually Vlad sent her a letter too.

It is addressed "Dear Loser".

This is bigtime triggering the liberals. Two alpha men now in charge of the world.

This is bigtime triggering the liberals. Two alpha men now in charge of the world.


And they don’t love muslims.

Don't start counting chickens. Hussein still has 28 days and wants to go out with a bang.