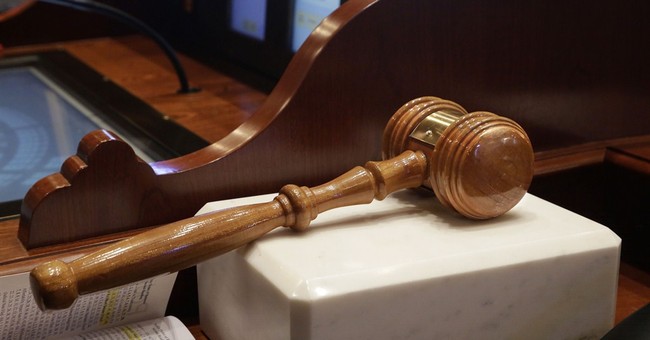 Judicial overreach is moving beyond a theoretical political debate, as one Delaware state judge could throw the livelihoods of nearly 4,000 people into uncertainty and have sweeping ramifications for other major American employers.

TransPerfect Global is by almost any measure a successful company, with more than $500 million in revenue and more than 3,500 fulltime employees. It’s the world’s largest privately-held translation software company, with offices in 90 cities. The company itself doesn’t seem dysfunctional – managing to be quite profitable despite litigation between the co-founders. However, Delaware Court of Chancery Chief Judge Andre Bouchard ruled the company must be sold because the co-owners can’t get along, and he will soon make a determination on the sales process.

While this might seem like one small state judge’s opinion, it affects more than just TransPerfect and has a reach well beyond Delaware. That’s because this small state is the incorporation capital of the world. Because of state laws that make it easy to form a corporation, lower taxes and fewer regulations, more than 50 percent of publicly-traded companies and 65 percent of Fortune 500 companies are incorporated in Delaware. The New York Times previously reported that 285,000 corporations – including Walmart, Coca-Cola, American Airlines, and JP Morgan Chase list their location at a single address in Wilmington.

The state’s laws have not only been a boon for Delaware state revenue, but it’s what numerous multi-national corporations have come to rely on. Nothing can send tremors through the economy more than uncertainty – and this court ruling can only create uncertainty for so many of the nation’s biggest employers.

A less extreme remedy, allowed under Delaware law, would have been to require a tiebreaking vote for the board of directors as an interim measure to allow the owners to settle their differences. Instead, we have a legal precedent that if board members of any profitable firm are bickering – not at all uncommon in the corporate world – a judge can force the sale regardless of the financial success.

More than 600 TransPerfect employees formed a coalition, Citizens for a Pro-Business Delaware, to prevent a forced sale. This includes lobbying the governor and state legislature to take action to prevent the judge’s order from being carried out.

“On behalf of the more than 600 members of Citizens for a Pro-Business Delaware, we are proud to work for TransPerfect, and believe in its strength and its future. Now, thanks to an outrageous mandate by the Delaware courts, we may see the company sold away from the current ownership and management team with which we worked so closely to build this company,” the employees said in a statement Monday. “Making matters worse, other businesses incorporated in Delaware that have always been protected by the state’s pro-business policies could suffer the same fate. If the governor and the state legislature want to protect Delaware businesses, and ensure future businesses incorporate in the state, they must take action, and they must do so now.”

Before the employees spoke out about the danger the court presents to the state’s business climate, former New York Mayor Rudy Giuliani raised a similar concern with The News Journal, saying, “It appears to be a very intrusive ruling in terms of the free market. I hate to see the government, including courts, sharing in the control of a private business.”

Just before the employees issued their press release this week, the court-appointed custodian issued a memo that said, “It has come to our attention that some of our employees have recently spoken with the media about the pending litigation between the shareholders of TransPerfect, and in some instances seemingly have sought to attempt to pressure the Delaware court. We believe that those actions are counterproductive and that they should stop.”

The same memo to employees asserted, “TransPerfect is performing exceptionally well and growing quickly, thanks to your hard work.” That begs the obvious question: Why then must the company be sold and why have a court-appointed custodian?

The May 23 memo to employees says the company won’t be dissolved, “at least not in the conventional sense,” a not-so-comforting caveat. But it ensures that although “ownership structure may change, the Company is expected to continue with business as usual.” Employees can hardly be blamed for skepticism.

What scant media attention the underreported case has gotten, the focus has been on how a classic American success story turned into a messy soap opera. That’s not to underestimate this angle. The litigation between co-founders Phil Shawe and Liz Elting, who started the company from a New York University dorm room in 1992 , makes for great storytelling. The couple broke up, and has reportedly had an ongoing dramatic quarrel while still running the company that turned into a 2014 lawsuit where each accused the other of mismanagement.

But the bigger story – as Giuliani suggested – is that through the courts, the government is injecting itself into a privately-owned and profitable company in one of the most pivotal states to the nation’s economy. That’s a red flag to anyone concerned about the free market.

“The primary issue for decision is whether the Court should grant Elting’s petition to appoint a custodian to sell the corporation under 8 Del. C. § 226 even though the corporation is highly profitable,” Judge Bouchard wrote in his August 2015 opinion. “Although it is unusual to grant such relief, it is appropriate and necessary in this case.”

Section 226 of the Delaware law allows a court to appoint a custodian to a solvent corporation if directors are divided enough to cause the company harm.

Because of the disagreement the judge determined, “the state of management of the corporation has devolved into one of complete dysfunction between Shawe and Elting, resulting in irretrievable deadlocks over significant matters that are causing the business to suffer and that are threatening the business with irreparable injury, notwithstanding its profitability to date. The stockholders of the corporation have stipulated to their inability to elect successor directors, and there is no prospect they will do so in the future.”

Bouchard further called the custodianship and forced sale, the “only just and viable remedy under the unique circumstances of this case.”

For his part, Shawe has made an effort to preserve the company – offering Elting $300 million on May 6 for her 50 percent. Shawe made no demands such as a non-compete clause, which Elting had demanded in her previous offer to him.

Moreover, a group of employees pooled their resources to offer $200 million to Elting – indicating that employees might prefer Shawe control the company, since they didn’t make a similar offer to buy him out. Elting is not going to respond to the Shawe offer, according to custodian Robert Pincus, even as days tick away before the required sale.

“Mr. Shawe has always been a devoted executive and authentic leader; a leader who has been the most influential figure of my professional career,” said TransPerfect Sales Operations Manager Anders Novesky, one of numerous employees to issue a sworn affidavit backing Shawe in the case. “… I believe Mr. Shawe’s leadership is the primary reason TransPerfect’s employees aim to achieve excellence.”

It’s true that the narrative of the antics by the two warring owners demonstrates the legal morass probably could have been avoided. But the fact is, a judge has interfered in a way that puts the future of thousands in doubt with a potentially profound impact on even larger companies.

We often think of judicial overreach as a problem limited to the Supreme Court pushing various social engineering and prompting a fine academic discussion by pundits, while overlooking the real life impact. The TransPerfect case might ultimately go to higher courts. But this Delaware court demonstrates how even at the local level, a judge’s misguided decision can affect the daily lives of working Americans.

Nothing unprecedented, or even unusual, about this ruling. The two 50% owners aren’t talking to each other, and the board is deadlocked. That’s a classic case for court receivership.

Corporations considering Delaware (including the one which I work for) need to be reminded that Wyoming has equally corporate friendly laws without the moonbat baggage of being located in a leftwing state.

No, but aside from the lawyers, who will benefit from this?

Does the Judge fancy himself Solomon?

>former New York Mayor Rudy Giuliani raised a similar concern with The News Journal, saying, “It appears to be a very intrusive ruling in terms of the free market. I hate to see the government, including courts, sharing in the control of a private business.”

Free Market? Been a L-O-N-G time gone Mr. Giuliani; as if this ‘ruling’ doesn’t show just how far we’ve fallen by itself.

Irreconcilable differences? I disagree with your assertion. The court must find for a party un a business dispute involving property; NOT, subjectively prescribe an 'equitable] remedy. IF all things are equal THEN the court has NO premise to rule.

8 posted on 05/27/2016 10:45:15 AM PDT by DBeers (Ã¯Â¿Â½)
[ Post Reply | Private Reply | To 2 | View Replies]
To: DBeers
Irreconcilable differences? I disagree with your assertion. The court must find for a party un a business dispute involving property; NOT, subjectively prescribe an 'equitable] remedy. IF all things are equal THEN the court has NO premise to rule.

The Delaware Corporation Law says that a corporation is to be managed by its Board of Directors and that, if the Board is hopelessly deadlocked, the Court of Chancery can resolve the deadlock. The statute provides a number of permissible remedies; forcing a sale is one of them.

This whole mess is the fault of the business owners: they set up a corporation with 50-50 voting control; did not create any mechanism for breaking a tie [something any decent corporate lawyer would have put into the by-laws]; got into a dispute, refuse to settle it, and neither one is willing to buy out the other.

So what is the court to do? Under Delaware law, nothing the corporation does is valid unless approved by the Board and the Board is incapable of functioning.