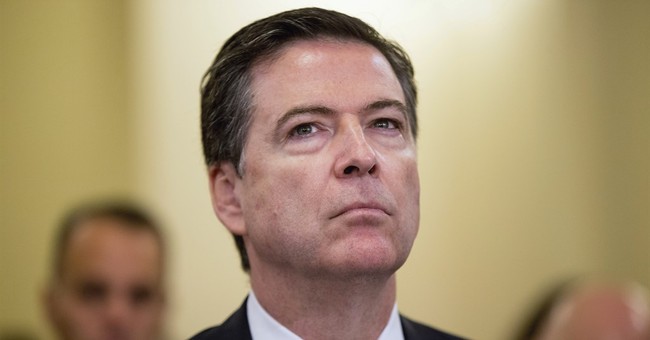 Back in May, with ISIS ascendant, the Obama Pentagon ordered U.S. military bases here at home to raise their force protection condition status (FPCON) to "Bravo" amid a "general increase in the threat environment."

In September, with Syrian Muslim refugees flooding Europe and moving into areas near U.S. military bases and housing, the Army rightly raised alarms again about the threat such mass resettlement poses to our troops abroad.

"If it ends up being right next to where we have American bases or American housing areas, we're going to have to pay close attention to force protection," Lt. Gen. Ben Hodges told the Army Times. "I worry about having thousands of young men sitting in tents all winter," he said, noting that they were "vulnerable to recruitment by extremist organizations."

Question: If these throngs of disgruntled, unemployed, border-traipsing Muslim refugees pose ongoing threats to our men and women in uniform and their families on bases stateside and overseas, what does that say about the vapid reassurances from President Obama, Democratic Colorado Gov. John Hickenlooper, and the refugee resettlement racketeers that our homeland security bureaucracy can effectively "vet" tens of thousands more and distribute them safely among our civilian population across the heartland?

I've reported for years on how immigration lawyers and tax-funded resettlement agencies run by left-wing religious and social justice groups have routinely game the system on behalf of asylum con artists. The racketeers coach applicants with phony stories and documents from "chop shops" and gamble their way through "refugee roulette."

Reminder: FBI agents admitted in 2013 that several dozen suspected terrorist bomb-builders may have mistakenly been allowed to move to the United States as Iraqi war refugees, including two al-Qaida in Iraq jihadists who were resettled as refugees in Bowling Green, Kentucky -- and then later admitted in court that they had attacked U.S. soldiers in Iraq, according to ABC News.

Reminder: In my adopted hometown of Colorado Springs, a gang of Iraqi Muslim refugees were convicted in the monstrous rape and brutalization of a woman in 2012 -- after being welcomed here with open arms and, in at least one case, receiving praise and help from U.S. soldiers.

Partisan Attorney General Loretta Lynch smoothly assured us all this week that the administration that brought us Fast and Furious, the disastrous southern border surge, and Benghazi can guarantee "significant and robust screening."

But last month, FBI Director James Comey acknowledged on Capitol Hill that "gaps" remained in the U.S.'s ability to screen refugees from Syria. To those citing our ability to search numerous national security databases, Comey delivered this reality check:

"[I]f someone has never made a ripple in the pond in Syria in a way that would get their identity or their interest reflected in our database, we can query our database until the cows come home, but there will be nothing showing up because we have no record of them."

Our government continues to issue one million green cards every single year, 70,000 permits to people who apply for asylum, 500,000 foreign student visas, and 700,000 work permits for both skilled and unskilled labor. Upwards of 30 million aliens are here illegally, with 45 percent of them visa overstayers from around the world, and hundreds of thousands of them deportation fugitives.

The Departments of Homeland Security, State and Labor have all proved themselves serially incapable of monitoring, collecting and analyzing basic data about who gets in. Decades' worth of U.S. Government Accountability Office and inspector general reports document repeated failures to enforce visa requirements and national security measures.

"Force protection" for American citizens on American soil starts with saying "stop" to a perilous new refugee flood -- so we can get our own house in order first.

Pithy or not, I'm stealing it, because it will "pith" off the Leftists.

Great article-sometimes I read things like this that have so much snark and name calling, it obscures the point of the article.
But the facts here stand on there own and the word “refujihadi” is a perfect description of these lying monsters.

Why does the US allow so many of these semi-documented people here in the first place? I get the whole refugee thing, but why do we allow people to get work visas-especially “unskilled labor” when any Americans are unemployed? Is it a follow the money thing? Or simply a bleeding heart Lib thing?

Most things in life that make no sense have a money trail or is this just something a Lib can proudly point to in exchange for votes? Or-more than likely- it’s both!

The American people are finally waking up, as reflected in dozens of governors refusing to accept ANY refujihadis. Sweet! (Yep, that is a nice word!) Thank you to the alternative media for telling us that most of these “refugees” are actually military-age men. Imagine how much worse this could have been if we hadn’t learned that!

Washington can kick and bitch that such refusal is illegal and un-American, but it is neither. Naturalization policy belongs purely to Congress, not the Executive. Obummer is playing with dragon fire if he thinks he can openly violate the Constitution in front of pissed-off citizens, to benefit an unpopular bunch of foreigners, with the bodies still warm in France. Risky stuff indeed!

I just pray we get through this (Christian!) holiday season safely. But I have my doubts.

Democrats don’t mind getting American’s killed for no reason.

If #MuslimsAreNotTerrorist then why do they need the hashtag? #refujihadis

Democrats are more than willing to risk your families lives to prove their dedication to Globalism.

9 posted on 11/18/2015 9:27:21 AM PST by The Toll
[ Post Reply | Private Reply | To 1 | View Replies]
To: Travis McGee
"If it ends up being right next to where we have American bases or American housing areas, we're going to have to pay close attention to force protection," Lt. Gen. Ben Hodges told the Army Times."I worry about having thousands of young men sitting in tents all winter," he said, noting that they were "vulnerable to recruitment by extremist organizations."

...and the General misses the point, entirely. These jihadists shouldn't be on US soil to begin with. That aside, he shouldn't worry about them being in the vicinity of military installations. Obama will house and feed them on federal bases- especially in those states that defy Obama's "refugee" invasion.