A major campaign rally for the right wing is planned for Sunday evening in Tel Aviv’s Rabin Square. The “United for the Land of Israel” rally is being organized by Nachala, an organization run by former Kedumim mayor Daniella Weiss and United Headquarters for the Land of Israel. Like everything else to date in the run up to the Israeli elections, it too is fraught with internal conflict.

Right wing leaders are opposed to the rally and Weiss has been trying for several weeks to convince them to attend the event. Many of the leaders on the right actually wanted the event cancelled. One reason for this is that the campaigns have turned into a contest to attract the same undecided, or semi-decided, voters to their particular right-wing party. An event like this does not serve the interests of the parties since it actually exposes the swing vote to new options that might be more appealing.

Bayit Hayehudi sources are hesitant to attend. They feel that if fewer supporters attend than were at last Thursday’s anti-Netanyahu rally, it will produce negative results. Naftali Bennett noted cynically that no matter how many attend, the press will report smaller numbers. In fact, many Israeli media sources reported attendance at the anti-Netanyahu rally in the “tens of thousands”. Police reported approximately ten thousand attendees.

Sources in the Bayit Hayehudi have said that Naftali Bennett is still considering attending. Eli Yishai has already announced that he will attend.

Transportation Minister Israel Katz (Likud) has announced a request for right-wing supporters to attend the demonstration and say “yes to a strong, safe Israel.”

“We are members of the nationalist camp, proud Jews, religious and secular Jews from different origins who respect tradition and the symbols of Judaism,” Katz said. “We say no to a left-wing government and unite for the Land of Israel.”

MK Orit Struck (Bayit Hayehudi) said that if they cannot bring a larger crowd than the Left did last week, the demonstration should be canceled.

“Everyone is concerned that the other will take votes away from him, but I say the Land of Israel is above everything and we will boost the whole Right and bring it seats, credit and a chance to win,” she said.

As for doubts about the turnout, Weiss said “many hundreds” of buses have been ordered to bring in people. “I was very calm after I saw the left-wing rally,” she said. “They didn’t have such a huge number of people and it was like a ghost town.”

Sources in Likud are enthusiastic about the rally, seeing in it a last chance to reverse the downward trend that has afflicted their campaign since the comptroller’s report.

“If Netanyahu arrives, along with Bennett, Eli Yishai and others, it could be a completely different story. Two days before the election, if we can pick up a show of strength it can lead to a strong right vote.”

The Prime Minister has yet to decide whether he will attend. He has expressed his main concern as voters being drawn to smaller parties in the right.

At a campaign event he said that “the Likud victory is far from certain. We have to explain to people who are considering to vote for another party in the national camp – you should know that there is a real possibility that if this gap between Likud and the Zionist Union will grow, we may wake up in a week and find Livni and Herzog as prime ministers of Israel. Those who do not want this to happen need to talk to others and tell them honestly: Go vote Likud so that we can continue to maintain the state of Israel “

Everything you need to know about Israeli elections but were afraid to ask
http://www.haaretz.com/news/israel-election-2015/1.646418

Is Netanyahu About to Lose the Election? [Israel]
http://www.freerepublic.com/focus/f-news/3267392/posts

Is Netanyahu a goner? [Zionist Union Pulling Ahead of Likud in Israeli’s Latest Polls]
http://www.freerepublic.com/focus/f-news/3267573/posts

Is This the Man Who Could Beat Netanyahu and Become Israel’s Next PM?
http://www.freerepublic.com/focus/news/3267701/posts

3 posted on 03/14/2015 8:23:46 AM PDT by Star Traveler (Remember to keep the Messiah of Israel in the One-World Government that we look forward to coming)
[ Post Reply | Private Reply | To 1 | View Replies]
To: molson209
Obama poured in staff and tons of tax payer money to fool the Israeli people into suicide

Judging from polls taken before and after the most noticeable interference, Obama's money and efforts appear to have been a complete waste of time. 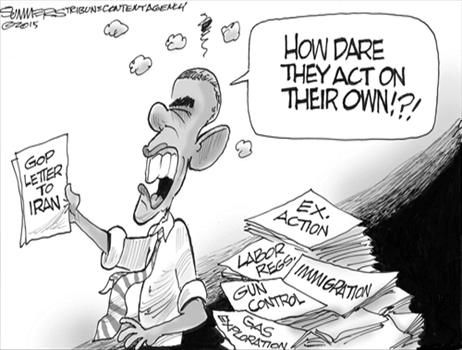 All you have to do is read the bible to see how the Hebrew people keeps on sabotaging themselves.

Lest the new line of Abrahamic faith (Christian) get a swelled head, it looks like modern Christians are not all that far behind.

This is a setup for God to save the day because nobody else will, and because God promised.

8 posted on 03/14/2015 10:16:18 AM PDT by HiTech RedNeck (Embrace the Lion of Judah and He will roar for you and teach you to roar too. See my page.)
[ Post Reply | Private Reply | To 7 | View Replies]
To: kenmcg
If Netanyahu is replaced by the Leftist it will mean that the majority of Israelies, as, sadly, do a growing majority of Americans and nearly all Europeans, want to live in a government-run society where their needs -- including their basic needs -- are paid for by the diminishing number of productive members of their societies.

Although American and European socialism will eventually collapse because socialism is not -- to borrow a favorite term of the Left -- sustainable, Israel's utopian socialist society would never have a chance to materialize as it is located in the Middle East where, if national security is not the highest priority, nothing else matters.

And if this is the outcome of the election, because most resources will necessarily be consumed in building the socialist nirvana in Israel, national security will not be as important as it must be. Iran will develop a nuclear weapon -- and will use it -- no matter what we do here to stop obama, Kerry and the other members of the Democrat Cult in America from expediting Iran's progress.

Nothing like the End of the World to really get motivated.

The majority of American Jews voted for an obvious enemy Hell-bent on their destruction. If the Israelis vote for a sell-out Quisling type candidate, there will be no helping them, either. Say Bye-bye Jews.

“If Bibi loses, one has to wonder about the intellect of the Israeli voters, especially after all they went through in the holocaust.”

Another way of putting it:

If the Republican candidate loses in 2016, one has to wonder about the intellect of the American voters, especially after all they went through in the past 6 years.

This WILL HAPPEN as evidenced by what we see posted on Free Republic ... in that people will SPLIT THE VOTE by seeking the IDEOLOGICALLY PURE (with people each going their own way) ... instead of EVERYONE supporting the PRACTICAL GOOD.