China has showcased a dummy model of new CX-1 anti-ship missile at Zhuhai Air Show. Missile looks similar to Russian P-800 Oniks , its the same missile upon which Indo-Russian Brahmos cruise missile has been based . Chinese forums puts specification of the missile has Supersonic Cruise missile with range of 50 km to 290 km .

Missile will be supersonic speed on all phases of flight, and will be able to use wide range of platforms (ships, submarines and land-based launchers), will have low profile flight (sea-skimming), possible use of the missile in electronic countermeasures environment and under enemy fire.

China has not confirmed if the missile has been tested or is already in production. but Chinese seems to have successfully reversed engineered an Russian variant of P-800 Oniks, but it has not been confirmed from where the missile was acquired , Syria who is one of operators of P-800 Oniks might be one of the countries from where missile example might have been acquired . 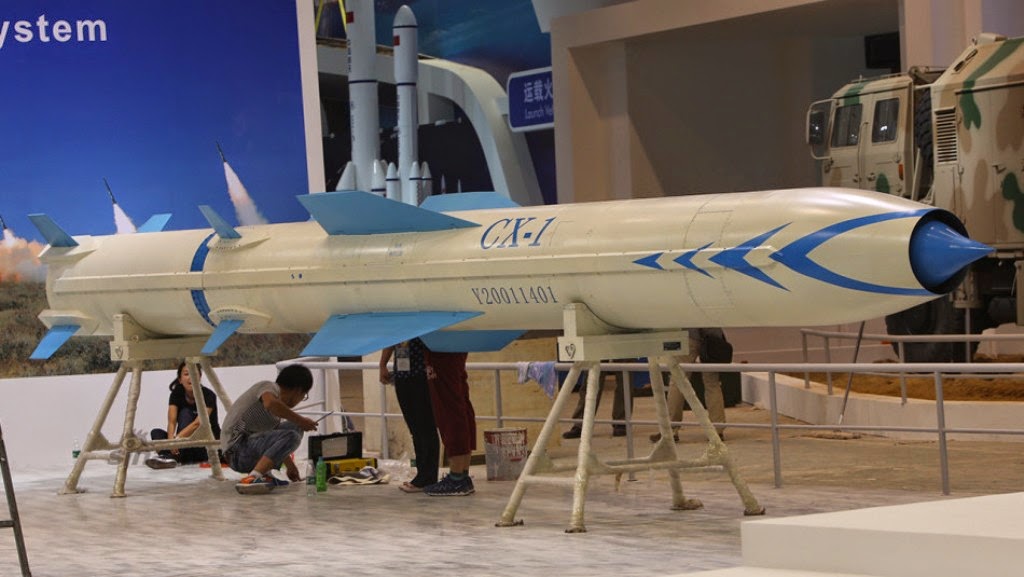 Why put the money into original R&D when you can ‘acquire’ someone elses R&D for way less money, time and effort.

How does something like that “fly” horizontally? How does it get lift? Does it fly in a nose up attitude with a partial vertical thrust component?

The next world war will be over quickly. The US needs a few billion and 5 to 8 years now to catch up.

There are both vertical and inclined launchers

That’s the Indo-Russian Brahmos. The new Chinese weapon is most likely to be similar.