Jihadist Aqsa Mahmood broke her silence yesterday to warn Western Muslims that it’s ‘us against them’ and to ‘pick a side’ in the war.

On the 13th anniversary of the 9/11 attacks, Mahmood posted her diatribe in a third instalment of her online ‘Diary of a Muhajirah (immigrant)’ – in which she also said she would only come home to raise the black flag of IS over Britain.

She suspended her Twitter account after the Scottish Daily Mail revealed her identity as a Glaswegian private schoolgirl who abandoned her university studies to flee to Syria.

Yesterday, using a Tumblr blogging and social networking account under her adopted name ‘Umm Layth’, she shunned her Scottish identity and rejected her family’s pleas to return home.

The 20-year-old – who married an IS fighter in February – added: ‘The only time we will ever, ever return to those lands beithnillah (if God wills) is to raise our flag.’

She pledged allegiance to Islamic State leader Abu Bakr al-Baghdadi and promised the West would be invaded and ‘blood will be spilled’.

She also described Prime Minister David Cameron’s call for new powers to stop British-born extremists from returning to the UK as ‘the biggest joke of this week’.

She wrote: ‘This is a war against Islam and it is know (sic) that either “you’re with them or with us”. So pick a side.

‘My dear brothers and sisters who are stuck in the west and restrained due to the kufr (infidel) governments know that indeed the help of Allah swt (may he be glorified and exalted) is always near, have Sabr (patience) and know that you will never be tested beyond your ability.

TOPICS: Extended News; Syria; United Kingdom; War on Terror
KEYWORDS: abubakralbaghdadi; aqsamahmood; isis; islam; islamicstate; rop Navigation: use the links below to view more comments.
first 1-20, 21-32 next last
Full title: 'I will only come back to Britain to raise the black flag': Scottish 'Private School Jihadist' in warning to West's Muslims as she rejects appeal to return
1 posted on 09/13/2014 3:15:47 AM PDT by markomalley
[ Post Reply | Private Reply | View Replies]
To: markomalley

Somebody tell the Obamanation that the Muslims don’t agree that ISIS (ISIL to the Bamster) is not Islamic.

Hmm, wondering if Brits may someday regret relinquishing their gun rights. During WWII American citizens via the NRA Armed the the Brits Citizen Civilian Defense operation (old guys who were designated as first line of defense along British beaches). Guess we may have to do it again....?

Obama knows. IS is Obama’s “son” and creation.

And like a father, Obama wants IS to succeed.

You are absolutely correct.

The spin now from the liars in DC is that ISIS is not a muslim gang, muslims are aganst ISIS.

Once our government takes ours, we lose everything. When that day comes and we have a decision to make better hope that most fight back when the three tap knock raps on their door.

The British response should be to deport all muslims and a hellfire missile to this “see you next Tuesday”’s door.

Multiply that a few dozen times for the Americans who are doing the same thing...

Nobody is “stuck” in the West, those Muslim fifth columnists that came to the countries of the west did so with the intent of never swearing allegiance to the country of destination. By application to be citizens of those countries, they were practicing taqiyya, a form of religious dissimulation (lying), or a dispensation by the Imam under whom they practice Islam whereby a believing individual can deny his faith or commit otherwise illegal or blasphemous acts. “We smile in the face of some people although our hearts curse them.”

The term “taqiyya” appears nowhere within the Koran, but the practice is described in several different manners. Verse 16:106 refers to the case of ‘Ammar bin Yasir, who was forced to renounce his beliefs under physical duress and torture. Verse 3:28 enjoins Muslims not to take the company of non-Muslims over Muslims unless as a means of safeguarding themselves. “Let not the believers take those who deny the truth for their allies in preference to the believers – since he who does this cuts himself off from Allah in everything – unless it be to protect yourself against them in this way.”

Nobody compels Muslims to be here in the West against their will. But while they are here, the laws of the lands to which they journey are applicable. “When in Rome, do as the Romans” is not just a suggestion, it is how you avoid prosecution under the law of the land which you are visiting. And ignorance of the law is not considered to be sufficient excuse for the violation of the law. 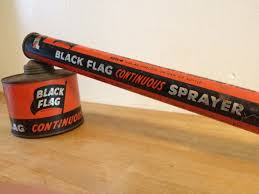 Actually, Black Flag is a good idea. It’s exactly what we should use on these people.

You beat me by 3 minutes!

I'd love to see who, what, when, where, why, in terms of K-Street the monies that are being donated to "D's" ( and "R's" ) candidates by the likes of larger organizations like CAIR that in a grander scale are trying to change "perceptions" regardless of how bad the actors / players in other lands truly are....

Islam wants a confrontation...they won’t be satisfied with allowing their “minority” extremists making small gains throughout the world...until one side or the other wins complete victory.

One cannot contain, manage, nor negotiate with this Islamic mindset. It’s dangers - set way before the 7th century - and has nothing to do with the advancement of human kind or freedoms of any one different from what has been defined within their holy books or by their clerics.

This is not a racist issue - since Islam is not a race or being a moslem is a race. This is an ideology problem that ends with the death of innocence. They are those that will point out Christianity and the individuals who have committed crimes in the name of the church, but those that fall under other religions have no problem protesting and speaking out about those abuses. They do not make excuses, accept the wrongs, and blame what happened on the victims.

We must learn to move forward to understand why killing those that are easily captured - molesting youths - enslaving non-members - cannot and will not be accepted. Humanity must advance - and Islam brings nothing to the table of that goal.

It is funny that Jewish, Christian, Hindu, Shinto, and Buddhist can have a religion and still produce and move their societies forward. Can give equal rights to both women and men while protecting their young. Although there are disagreements within these faiths, they are nothing like the differences within Islam, which seeks control through intimidation and death.

I’m sure there are critics that will pick apart this argument. However, my time abroad has shown me much and what I personally saw in Kuwait, Iraq, Jordan, and other moslems I let was total disregard for all others not moslem. Only those that “were moslem” at one time, but left the religion can speak of why they left. That information is far more telling than what I wrote above.

God Save the US!
God Save Britain!
God Save Israel!

As a world of people of different cultures and faiths, we must stand united against this threat - because despite their inner conflicts, they are united against all of us!

“The spin now from the liars in DC is that ISIS is not a muslim gang, muslims are aganst ISIS.”

Propaganda that will lead to more violence and innocent lives destroyed...The US Media should all be tried as traitors!

Which became the title of what is probably Britain’s most loved classic sitcom, about a HG platoon, which ran from 1968 to 1977, with one 1971 feature film.

Repeated by the BBC it seems constantly since then, and usually on every Sat night, it still gets a TV audience of millions on BBC2, usually shown about 7.30/8pm. It even occasionally pops up as a much loved ‘filler’ on BBC1 on early Sat evenings. After the afternoon sport and before the big variety Sat night programme.

17 posted on 09/13/2014 4:10:54 AM PDT by the scotsman (UK)
[ Post Reply | Private Reply | To 3 | View Replies]
To: markomalley
She suspended her Twitter account after the Scottish Daily Mail revealed her identity as a Glaswegian private schoolgirl who abandoned her university studies to flee to Syria.

I am guessing that this young woman was raised in a secular home.

In a vacuum of faith most children will find one on their own or sink in to a sybaritic hell hole of drugs.

When the child seeks out a higher truth it is often filled by whomever finds them first.

And the Muslims today are very aggressive in proselytizing.

Do your children a favor. Bring them up Christian arm them with a strong faith to combat these soldiers of evil. If they are not fortified with faith in Christ they will be conquered by Satan.

We are going to have to rid the entireworld of these pigs, you all know this dont you??