Top U.S. officials warned Wednesday that a Sunni extremist group controlling parts of Syria and Iraq had grown into a threat that is "worse than al Qaeda".

1. "Top officials" do NOT include Obama. He was fundraising with the 1% in Hollywood.

2. This Islamofascist army is part of the Syrian "rebel" group that Obama and McCain wanted to fund, are they not?

3. No doubt this business of defending our national security really frustrates Chuck Hagel--eating into his priority effort of celebrating trannies and mainstreaming them in the military.

PLEASE put on a uniform to go with the flag ... so we can nuke your savage asses

The world and the UN are not that concerned with ISIS. They are more concerned with Israel and Gaza. You don’t see any world leaders or protests over the death and destruction with ISIS. But you see the world freaking out over Israel 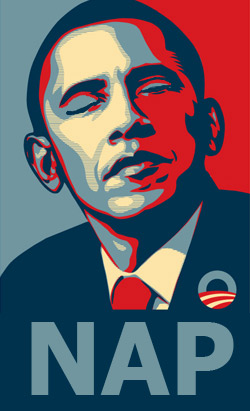 Gee, wasn’t El-Presidente’s mere presence on the world stage supposed to calm the waters, bring peace and cause the world to love us?

Nice job Barry. We were within months of having the middle east won, had the “green” revolution in Iran been allowed to grow, but rather than water and feeding it he peed on it and killed it by supporting the crazies. We are just going to have to do it all again after he is gone (if he leaves) but only with a more entrenched enemy.

Is this the change any of them hoped for? Quite right. How many Christians has ISIS killed, rather murdered in the public square vs. the number of Palistinians killed through Hamas hiding among and behind them?

They then caravanned across Iraq in a column of trucks that could have been destroyed by couple of flights of F-15 or A-10, not to mention a B1 bomber.

The whole insurgency in Iraq could have been stopped dead in it's tracks for no American casualties and very little costs.

Obama refused to act and continues to refuse to act.

Now ISIS has taken over a third of Iraq on the cheap and is dug into cites and fortified positions and getting rid of them will be Fallujah all over again.

Obama and Isis have the same enemy, Christians. Prayers for the Iraqi Christians.

Shocking! Just shocking, I tell you!

It seems liberals are wanting to protect the Hamas terrorist group for some unknown reasons. Could it be that Hamas really emulate the true desires and interests that liberals have? Terrorism? Sexism? War on women and children? extremism?