NEW ORLEANS — Former Mississippi Gov. Haley Barbour warned Friday that ideological purity is the “enemy of victory” and that the GOP must broaden the Republican coalition to win elections and to enact conservative policies that will change the direction of the nation.

I say they can suck it and try to win without Conservatives.

Of course this is why they want Amnesty. 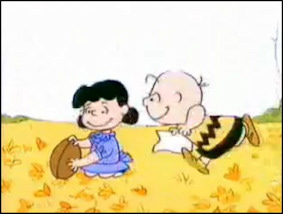 The perfect is the enemy of the good is an aphorism or proverb meaning that insisting on perfection often results in no improvement at all. The phrase is commonly attributed to Voltaire whose moral poem, La Bégueule, starts[1]

(In his writings, a wise Italian
says that the best is the enemy of the good)
http://en.wikipedia.org/wiki/Perfect_is_the_enemy_of_good

You didn’t build that!

One after another of them have been bought and paid for. It’s not fashionable to work for your constituents anymore. They’d rather rake in the millions from their corporate masters.

7 posted on 05/30/2014 3:16:44 PM PDT by VRWC For Truth (Roberts has perverted the Constitution)
[ Post Reply | Private Reply | To 1 | View Replies]
To: INVAR
Republicans lose when they run liberal candidates at the national level.

I hope to see the day when running as a liberal republican is the political kiss of death.

I'm doing everything I can to make that happen.

What Barbour is admitting to all, is that principles suck - and that we must compromise our principles with the Left to win elections and those Conservatives that stick to principles and refuse to surrender them, are an “enemy” to GOP victory.

Who’s “victory” is he talking about? Certainly not mine!

We’ve heard this crap before, many times, and every time the GOP moves further to the left and does not implement anything of a Conservative nature.

Get lost you Liar Haley!

What about Americans who are not Republicans?

Haley is one of those “malaise Republicans”

16 posted on 05/30/2014 3:21:21 PM PDT by RatRipper (The political left are utterly evil and corrupt)
[ Post Reply | Private Reply | To 1 | View Replies]
To: INVAR
Barbour, as well as the rest of the GOP establishment, has no clue as to how to advance the conservative agenda.

Instead, what we have here is immediate capitulation, groveling and apologizing for being conservative, and accepting the Left's narrative and premise.

You lay out conservative principles, people will wise up and see that you are correct and join your side. This is why the Left always whine that Republicans are "too far to the right"...if true then why not just let Republicans be the fire-breathing conservatives that they are perceived to be and they'll lose, right?

No, because the Left KNOWS that conservatism works and is a winner everywhere it's been tried. Hence the narrative that the GOP needs to "move to the middle," or some other bovine feces.

It's not ideological purity at all, it's called beliefs and principles and conservative principles simply aren't up for debate or to be compromised with.

Never liked Barbour, but there were some here who were pushing him as a conservative candidate back in 2007 or 2008.

No damned amnesty and 1 man with 1 woman = marriage. That’s it. And stop the baby killing. Other than those three absolutes— let’s talk Haley. By the way you are way too fat.