TORONTO — Rubin “Hurricane” Carter, the boxer whose wrongful murder conviction became an international symbol of racial injustice, has died at 76.

John Artis, a longtime friend and caregiver, said Carter died in his sleep Sunday. Carter had been stricken with prostate cancer in Toronto, the New Jersey native’s adopted home.

Carter was freed in November 1985 when his convictions were set aside after years of appeals and public advocacy. His ordeal and the alleged racial motivations behind it were publicized in Bob Dylan’s 1975 song “Hurricane,” several books and a 1999 film starring Denzel Washington, who received an Academy Award nomination for playing the boxer turned prisoner. 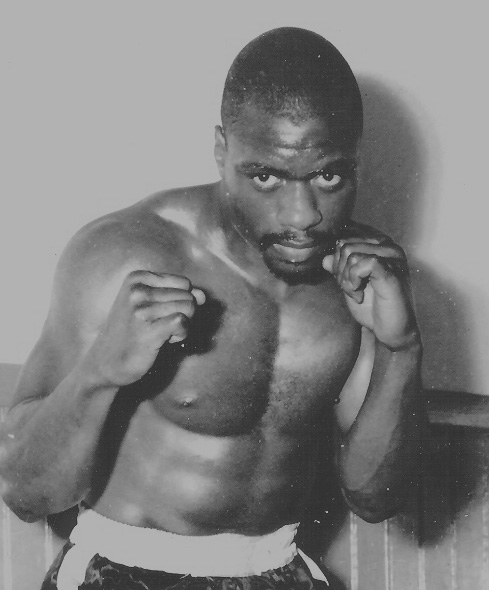 Larry Elder has done a lot on how this was not a wrongful conviction.

Dylan’s song is a masterpiece of American vernacular, but of course ludicrous in terms of content - ie it is fiction.

Wrongly convicted my butt. He was a cold-blooded murderer and violent criminal.

The Truth About Rubin “Hurricane” Carter

For a comprehensive examination of the truth behind the real Hurricane Carter visit: This Site
NEWARK, N.J. - The movie “The Hurricane” claims to be based on a true story of a boxer’s life. But, according to a woman named Carolyn Kelley, the movie leaves out the one fight that truly revealed the nature of Rubin “Hurricane” Carter: his one-punch knockout of her.

Mrs. Kelley, a 61-year-old from Newark, was working as a bail bondswoman in 1975 when boxer Muhammad Ali asked her to get involved in the effort to win a new trial for Mr. Carter, who claimed he had been framed in a triple murder. She devoted more than a year to raising funds for Mr. Carter. That effort was successful, and Mr. Carter’s appeal was upheld.

In March 1976, Mr. Carter was released on bail to await a new trial. Six weeks later, Mrs. Kelley says, the tough middleweight boxer beat her into unconsciousness and left her lying on the floor of his hotel room.

In the months immediately after the beating, she says, she was pressured by Mr. Carter not to reveal the whole story.

In interviews with Mrs. Kelley and her son, Michael, she describes how she met Mr. Carter in Trenton State Prison. According to her, he described in detail how he had been framed by the “racist” criminal justice establishment of Passaic County, N.J. A part of his story was an assertion that the police had pressured one of his key alibi witnesses, a boxer named “Wild Bill” Hardney, to leave the state so he couldn’t testify on Mr. Carter’s behalf.

Mr. Hardney had gone to Maryland, Mr. Carter said. If only he could find Mr. Hardney, his former sparring partner could testify that Mr. Carter was somewhere else when the slayings occurred, she recalls Mr. Carter saying.

Click to Enlarge
Thanks in part to Mrs. Kelley’s work as national director of his defense fund - and a hit song by Bob Dylan - Mr. Carter was released on bail on March 17, 1976, to await a second trial. Mrs. Kelley and Michael, then 24, became part of a triumphant Carter entourage that traveled to public appearances and fund-raisers.

The Kelleys, who are Muslims and don’t drink, noticed some disturbing things about Mr. Carter. He drank large amounts of vodka, Mrs. Kelley said, and when he drank, he became abusive. He had a short temper and ordered Michael around like a servant.

But Carolyn Kelley still believed Mr. Carter had been framed, so she reacted naively when, at an event prior to the Ali-Jimmy Young fight in Landover, Md., a man called for Mr. Carter’s attention.

Instead, Mr. Carter recoiled and his expression changed in a way that frightened her, she says. “You know how a snake is crawling on the ground and suddenly half of his body is up in the air and his tongue is sticking out, wiggling, wiggling, wiggling, and his eyes are closed almost shut?

“Here’s a man he had said for years could prove he was innocent, and he’s backing up and hissing like a snake,” she said.

The incident put her on guard, she says, but not enough. After she returned to her hotel room, she had to phone Mr. Carter about a minor discrepancy over who would pay for the room. She called him twice, she says, and each time he cursed at her. She figured he didn’t recognize her voice, so she got in her car and drove across the complex to his room.

Mr. Carter opened the door and burst into maniacal laughter, she recalls. Then he went to the bathroom and began gargling with Charlie cologne.

“Then it clicked: I had to get out of there. But there he was, between me and the door,” she said.

“I didn’t see it coming,” she says of the punch that floored her. “I felt everything getting dark. I remember praying to Allah, ‘Please help me,’ and apparently Allah rolled me over, and he kicked me in the back instead of kicking my guts out. Allah saved my life.”

Shortly thereafter, she says, her son was called to the room by other members of the entourage. “My mother was lying on the floor near the door. She was in a fetal position with her back to that door,” he said.

The members of the security team suggested she had fallen, Mr. Kelley recalls, “but there was nothing in the room where you might fall and hit your back on, like a dresser.”

He said Mr. Carter denied hitting her. Mr. Kelley took his mother to a room and iced down the large lump on her cheek and the black eyes. The next day, he put her on a plane back to Newark.

She collapsed when she got off the plane and had to be given oxygen by flight attendants. She checked into a hospital and was in traction a month later for her back injuries.

Rumors of the beating were starting to get out. Finally, Chuck Stone, a columnist for the Philadelphia Daily News, broke the story of the beating in a front-page article.

After Mr. Stone’s column ran, the beating became a national story. Mr. Carter’s celebrity support melted away. Even worse for Mr. Carter, his seeming paranoia about “Wild Bill” Hardney turned out not to be paranoia after all.

At Mr. Carter’s second trial, Mr. Hardney testified that Mr. Carter had asked him to back up a false alibi that had him drinking at a bar called the Nite Spot at the time of the killings. Three other Carter alibi witnesses also testified that they had lied at the first trial.

Then there was the matter of the recantation of Alfred Bello, the eyewitness who in the first trial testified that he had seen Mr. Carter leaving the murder scene but who later said he had made up that story. At the second trial, he recanted his recantation, saying he had been offered money by people close to Mr. Carter.

The jury quickly convicted Mr. Carter and co-defendant John Artis once again. The movie skips over these events, other than to state incorrectly that the second trial was before an all-white jury.

Mr. Carter has given several versions of what happened that night with Mrs. Kelley in his motel room. He said in his authorized biography that Mrs. Kelley faked the beating because they were having an affair. He also told WNEW-TV’s Marvin Scott in June 1976 that Mrs. Kelley made up the story because she wanted to blackmail him out of $250,000.

One problem for Mr. Carter: Her son’s account is supported by the records of her extensive injuries. A court also found that Mr. Carter beat Mrs. Kelley. Passaic County Judge William Marchese held hearings on the incident in July 1976 and changed the terms of Mr. Carter’s bail after determining that the assault had occurred.

Mrs. Kelley says she chose to speak out because she is appalled that the national media are ignoring the facts of the case. She saw Mr. Carter on the recent telecast of the Golden Globe awards lecturing the show-biz audience on love.

“I sat there and my heart was beating out of my chest. I was in pain. How dare you talk about love? You can’t love anyone, even yourself,” Mrs. Kelley says.

Mr. Carter was convicted by two juries, but had his conviction overturned by a federal judge who had a reputation for being among the most pro-defense judges in the nation.

The prosecutor could have tried him a third time if the case had not been 22 years old at the time. So the jury is still out on just who killed those three people on that night in 1966.

But Mrs. Kelley is no longer among those who believe Mr. Carter was framed. “If he could do that to me, a woman who was no threat to him, then he has erased in my mind any doubt that he could kill three or four innocent people,” she says.

Worth mentioning is "The Other Side Of The Story" by Cal Deal. Mr. Deal had originally gone into bat for Carter. Then he changed his mind, after diligent journalistic enquiry.

Carter was offered a free pass if he would take a second stress evaluation test (lie detector). This he would not do. Only John Artis remains and he is not saying too much.

Guilty as he!! And free as a bird. Well, he’s being judged for real now.

Upon his release he promptly beat up the woman who spent years advocating for him.

Guilty as Hell. Even the article admits he was a violent thug.

Anytime I read that “all white jury” BS. White people can’t serve on juries? And how about those 3 awful whites who started this by being murdered.

Bullshit. The only word that fits. The site is taking a lot of traffic now. Try again later.

Giardello sued the film’s producers for its depiction of a racist fix in his victory over Carter, who acknowledged Giardello deserved the win.

Many people here in the US and,I’ll wager,*most* of you folks in the Great White North don’t realize that it’s far,*far* from certain that he was “wrongly” convicted.I don’t know how things are up north,but if you were to tour every prison in the US,and speak to every prisoner,*every single one of them* would tell you that they’re not just “not guilty”,they’re absolutely innocent.

To paraphrase the immortal words of Mary McCarthy ,regarding the famous Leftist icon and playwrite-writer,Lillian Hellman:

“Every single word she ever wrote was a lie, including every ‘and’ and ‘the’.”

But you’ll never convince Leftists that all that’s true about one of their most infamous cause celebres.And then, even if you are able to convince them,they will always respond with the textbook-Leftist-verbal diarrhea:”Well, he HAD to lie, he was BLACK, they’ve had decades of injustice at White People’s hands,yaddayaddayaddablahblahblahblahblahyaddayaddayadda....”