Al Gore: ‘There needs to be a political price' for climate 'denial’
The Hill ^

“It is simply not acceptable for major companies to mimic the unethical strategy of the tobacco companies in presenting blatantly false information in order to protect a business model,” Gore added, alleging that’s what some oil and coal companies are doing. “There needs to be a political price for denial.”

He urged attendees to challenge denial of climate change in conversations in families and communities and elsewhere. “We can win this conversation and winning a conversation can make all the difference,” Gore said. “Don’t let denial go unchallenged.”

He pointed to news accounts of an instance in which two gay men were subjected to anti-gay insults by another customer in line at an Ohio pizza spot.

The other people in line and the employees uniformly condemned the insult, according to reports. A January New York Daily News account is here.

Gore reiterated his view that “we are at a political tipping point” on climate, citing high-profile extreme weather events in recent years such as Hurricane Sandy.

“I think we are right at a political tipping point, because people are hearing from their parents and grandparents and elders that it has never been like this before. These are new weather and climate conditions,” Gore said at the event.

The multi-issue Social Good Summit is hosted by Mashable, the United Nations Foundation and others.

Once busted, double down on wickedness and repression. Thanks for showing us what’s in your heart, Mr. Gore.

I do believe Al has lost his mojo.

how about an * in the game of life?

Nothing to see here, move on...

LMBO!!
This simple assclown Gore STILL hasn’t gotten the memo?
Hey, Al - - it’s over. The money-grubbing scam has been exposed. 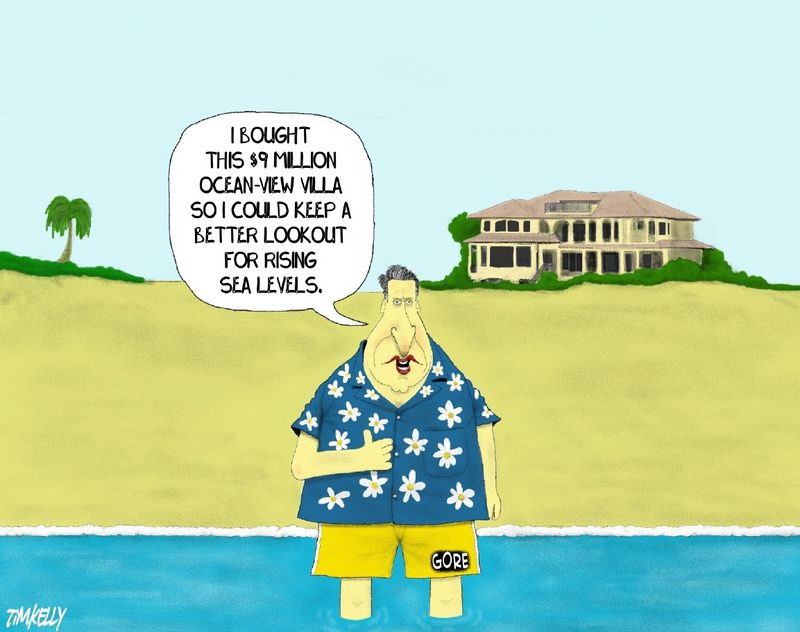 We need gun control for thoughts! The government needs to carefully monitor what people believe and when they express their beliefs to others. Unregulated beliefs can be too dangerous.

Somewhere in a Tennessee rest stop bathroom stall there is the love of this loads life. May he find him soon and ride off into the Al Jazeera sunset.

Tar and feathers are too good for this @sshat.

“Whatever shall we do?” said Holly Woody Goody.

“Do not let the crisis go to waste!” said Rummy Emanuel.

“I have taken all into account.” said Helicopter Ben-a-penny.

No mention of Global warming?

Well hell Al, why don’t we just deny the climate deniers their healthcare now that you Constitution shredding negro lovers control just about everything.

Howdy Doody had a higher IQ than algore.

Somebody needs to stuff a sock in this nitwit’s mouth.

Damn it Al haven’t you made enough money off this BS to shut you up?