Award-winning journalist Michael Hastings dies in a single-car accident in Los Angeles Tuesday morning (June 18). Hasting's was best-known for a profile he penned in 2010 that led to the resignation of General Stanley McChrystal, the man in charge of the US-led war effort in Afghanistan.

Hasting's death was first reported by Buzzfeed and Rolling Stone, two of the many outlets he contributed to. He was also an accomplished author, with three books to his credit. The first, "I Lost My Love in Baghdad: A Modern War Story," tells the story of his fiancee's death in Iraq, while he was stationed there as a reporter for Newsweek.

Never get pissed off at another person. Sooner or later they will screw up right in front of you.

his fiancee’s death in Iraq, while he was stationed there as a reporter for Newsweek. We found a motive

A group of researchers from two universities tested their hacking skills on two cars and found that they could remotely lock the brakes, the engine... 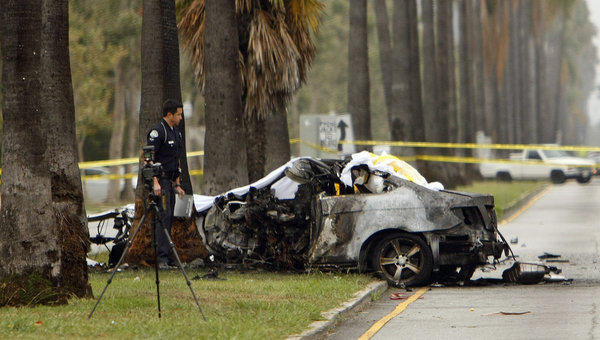 I hope that palm tree is ok.