The Navy’s newest ship will be the USS Gabrielle Giffords.

Navy Secretary Ray Mabus made the announcement at a Pentagon ceremony today, calling Giffords someone whose name is synonymous with courage.

Former Rep. Gabby Giffords looked on at the Pentagon as Mabus made the announcement in a public ceremony. Also in attendance at this afternoon’s brief ceremony in the Pentagon Courtyard was Roxana Green, the mother of 9-year-old Christina-Taylor Green.

Christina-Taylor was among those killed in last year’s deadly shooting rampage in Tucson that targeted Giffords as she met constituents outside a supermarket. Roxana Green will be the ship’s sponsor.

Giffords is still recovering from the gunshot wounds to her head that she suffered during last January’s shooting incident. She stepped down from Congress two weeks ago.

The ship named today for her, which has yet to be built, will be the Navy’s 10th Littoral Combat Ship (LCS), a new kind of ship designed to bring the Navy fighting power into shallow coastal areas. The first two ships in this class were called Freedom and Independence, but the conventional practice since then has been to name the other ships in the class after a city.

“It’s very appropriate that LCS 10 be named for someone who has become synonymous with courage, who has inspired the nation with remarkable resiliency and showed the possibilities of the human spirit,” said Mabus.

Mabus said the notion occurred to him that this would be a “fitting tribute” not only to Giffords but to Navy families because she was a Navy spouse. Her husband, Mark Kelly, was until recently an astronaut and Navy pilot.

A gun grabber and anti-weapon activist gets a gun ship named after her.

It’s an awful thing to be shot and it takes a lot of strength to make it through the recovery, but exceptional courage?

We have literally thousands upon thousands of sailors who’ve undergone catastrophic injuries and illnesses that took years of therapy to recover that were worse than what Giffords had to deal with.

We used to name our ships in memory of great warriors... now we name them after whoever is popular in Washington.

As was a Conservative Federal Judge.

Mabus sounds like a doofus. IMHO, there is nothing courageous about getting shot in the head by a commie lib lunatic.

How about we name it the USS Chris Kyle instead? 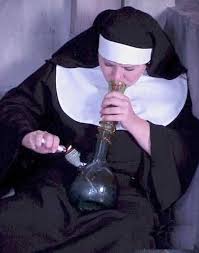 If anything the ship should be named for Chris Kyle.

Actually, the newest ship will be the USS Whitney Houston.

Just proves that all one has to do to have a Navy ship named in their honor is, be a liberal, serve five years in US Congress, and survive a mass shooting.

I heard that the next aircraft carrier will be named the U.S.S. Trayvon Martin...

Mrs. Giffords now chooses to support the seizure of our firearms, why would our Navy name an armed ship after her?

How about a hospital or a gym or a theater? That's more in keeping with her, ahem, sensibilities.

The Marxists/progressives/Democrats seem to love naming Naval assets after themselves. I do not understand why, it seems to be a "lose-lose".

39 posted on 03/25/2013 8:43:41 PM PDT by BenLurkin (This is not a statement of fact. It is either opinion or satire; or both)
[ Post Reply | Private Reply | To 1 | View Replies]
To: Red Steel
This new vessel will join the USS Obama, furthering the new navy's goal of being a "Global Force for Good." This is not to be confused with the goal of the OLD navy, whose goal was to kill the enemy and break enough of his shit to make him want to quit the fight.

Armed with a single MA-2 .50 caliber Browning, this much feared naval vessel carries up to 30 rounds of aluminum piercing ammunition. It is the first in an entirely new naval architecture class -- technically, “clitoral” (not to be confused with “littoral”) -- being pushed on the Pentagon by the defense minded wussies in the Obama Administration as a cost-saving measure. If you look closely, you can see the heavy-duty seat restraint which prevents the pilot/gunner – Kamakazi Kowalski – from leaping from the vessel prior to engaging the enemy. The 12 V trolling motor – which lacks a reverse function -- propels this sophisticated craft forward at a top speed of 4 knots. Reverse travel – at approximately 35 knots -- is achieved by firing the Browning.

The no-bid contract to build 200 of these fearsome warships was to have been awarded to Obama-Soros-Emanuel Shipbuilding and Stormdoor Manufacturing (formerly General Dynamics) and will be administered by trusted Obama associate and former Chief-of-Staff Rahm Emanuel who commented that, at $12 million each, they are a bargain. They will be constructed exclusively at the company’s facility in Kenya with major subcomponent production (rivets and miscellaneous fasteners) at the company’s Harlem and Skokie plants. Delivery is expected to begin in 2024 (or as soon as the subcontractors’ funds are safely in the contractor's Swiss account).