In the aftermath of the Obamacare ruling, the proponents of Obamacare are touting “Insurance Exchanges” as one of the cost drivers to save people money. As a person who was on the board of an exchange, and has traded markets for twenty five years, I think I know a little bit about exchanges-or at least enough to analyze the government run exchanges for health insurance.

There is a lot wrong with the Obamacare bill. But one of the unique parts of the bill was the creation of exchanges for health insurance. However, these aren’t exchanges like you might be imagining.

First, exchanges never guarantee to save you money. An exchange is an efficient marketplace where buyers and sellers can meet to create a transparent price that sends supply and demand signals to that marketplace. Exchanges have always been created to create that common place, with a standardized set of rules to conduct business by. Exchanges never create, or influence the price of the good that is being traded there.

Second, we know from basic Microeconomics 101 that if you subsidize or put a ceiling on a price, the market is less efficient. Those types of actions distort prices. For a real world example, check out the price of corn ($ZC_F) which is distorted to the upside because of the ethanol subsidy. Farmers now plant more grain than would otherwise be planted because of the subsidy. Price ceilings have a different effect in the market. Because a price cannot go above a certain level, if demand would naturally take it above that level the marketplace becomes very imbalanced. There won’t be enough goods to go around and they will become scarce. Certain people in the marketplace will begin to hoard the good if the demand is high enough and scarce enough.

Graphically, this is a subsidy

and this is a price ceiling

The other thing about exchanges is that they work really great when there is one centralized market. It is an aggregation of the most buyers and sellers and because you have more market participants, you get a more market driven price. One of the issues in the stock market today is the fragmentation that has taken place which gives less price transparency. This creates a lack of confidence in consumers, and less faith in the market.

In the Obamacare system, they aren’t creating one insurance market. They are creating fifty of them. Each state will have it’s own market. That fragmentation will create massive inefficiencies. Because each and every state will have to incorporate the subsidies and price ceilings called for by Obamacare, there is no way for any of the fifty markets to work efficiently. Supply and demand forces just won’t be able to adjust freely and quickly enough to create the price transparency necessary to make the market valuable. The outcome will be a side car black market which will probably have the truer price of the good. This is not unlike the black markets behind the Iron Curtain for foodstuffs.

Not only that, but the pool of market participants won’t be big or varied enough to guarantee the randomness that true markets depend on for supply/demand interactions. What is a state like South or North Dakota going to do with a small population? Even in states like California with large populations, so much of that population today is already on government programs that there won’t be enough participants to balance their effect on the market. When pools get imbalanced like that in health care markets, prices rise aggressively. When the price rises aggressively enough to bump into the ceiling, scarcity will surely ensue.

In addition, there is no way for risk to be laid off in single state markets. There won’t be any arbitrage available between states to keep prices in line like there are in many financial markets today. The existence of arbitrage, or the threat of arbitrage, helps keep markets very efficient in financial circles.

Just because people go on television and tout the “free market” doesn’t mean they actually know what they are talking about. Most of them don’t know how to set up a free market. As evidenced by the way the Obamacare Insurance Exchanges are currently envisioned, we already know that there are built in imbalances to the market that will make it run extremely inefficiently. 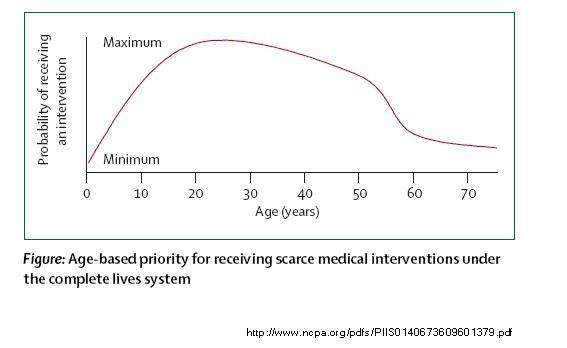 exchange, schmexchange. the law will require the creation of "compulsory" health insurance like the "compulsory" auto insurance that some of us first came to be familiar with in Massachusetts, coincidentally enough. It'll be a cash cow for insurers because it will be written so that they never have to pay anything, or certainly not enough of anything to be a money-loser.

Hello , these ACA’s were killed off .
The court decision Killed the Medicaid exchanges .
The court agreed with the 26 states fighting the mandated identical Medicaid coverage and said the states can do what ever they want !

That kills The ACA in these 26 states and allows all states to ignore all
The Obamacare coverage rules .
Only far left places like CA , NY, I’LL will have this carp and the costs will wipe them out and cause more Corporatipns to flee them .

3 posted on 06/30/2012 9:45:21 AM PDT by ncalburt (NO MORE WIMPS need to apply to fight the Soros Funded Puppet !H)
[ Post Reply | Private Reply | To 1 | View Replies]
To: the invisib1e hand
The only thing that makes mandated auto insurance and mandated health insurance similar is the word "insurance".

Your/our mandated basic auto insurance requirement is to protect the other guy, not you.

in either case “the other guy” is the payer. compulsory health insurance isn’t to protect you. it’s to protect the payer.

They’re not supposed to.

Exactly. The exchanges were never meant to work. The idea behind this legislation was to drive everyone to government health care.

Anyone who believes otherwise is a fool.

Nope. They killed the Feds forcing states to accept Medicaid expansion or lose all their Medicaid money. BUT, the Feds can still coerce by holding out the new money.
In effect, liberal states like NY and CA will take the money and we either have to follow suit or get stuck subsidizing them.

To kill Obamacare we have to REPEAL AND REPLACE OBAMA.

They would have a better chance of working if they were allowed across state lines.

It sure would be

What is a state like South or North Dakota going to do with a small population?

Simple answer: they will be subsidizing states with big electoral clout like California and told to be happy with any scraps which fall from the table.

what new money can be withheld ?
medicaid funding changes each year so what are u talking about ?

The exchanges are Medicaid based .
The states were being forced to set up bloated programs using the federal coverage standards that was being dictated for Medicaid nation wide .
The courts said that states can still get matching funds for their unique programs .

To get his way he’s trying to trick us by offering small business owners healthcare “exchanges” to “allow” them to buy their employees government run healthcare at low cost. This is a cynical ploy by Obama modeled on a California healthcare “exchange” system that was a crashing failure. That failure tantalizes Obama because it offers a way to get all of America into his clutches.

In 1993 California began offering its small businesses a chance to buy healthcare insurance from a state run exchange which was eventually handed off to a private nonprofit organization.

By 2006 the operation collapsed under real world market forces. Businesses with young healthy cheaper to insure workers bypassed the exchange and bought coverage directly from private companies. Soon the companies with older and more medically demanding employees were left in an ever shrinking pool of members. Rates for the remaining members went higher as their numbers went down and this continued until the system collapsed.

This is the truth Obama and the Democrats have been hiding about these exchanges. They love them precisely because they don’t work.

Sadly,the only debate going on now is do we kill private insurance within the next couple of years with the “Public Option” or do we take a decade or so to slowly strangle it with co-ops, mandates and hyper-regulation?