Despite his recently-announced support for gay marriage, not all gay rights groups are showing their love for President Obama.

“We think that jobs, the economy, healthcare, retirement security and taxes are all ‘gay issues,’ and on every single one of those issues, Mitt Romney is light years better than President Obama,” GOProud’s executive director Jimmy LaSalvia said in a statement. LaSalvia said the election is “bigger than just one issue,” such as gay rights, and when it comes to the “biggest issues facing our country” like jobs and the debt, he said Obama has “failed.”

“I happen to believe that just because you were born gay doesn’t mean you were born liberal,” LaSalvia told ABC News. “And while I don’t agree with Gov. Romney on everything, in general we share a view that a limited government is better than a big bloated federal government.”

It’s always refreshing to hear from gay people who can see their ACTUAL freedoms being assaulted—the Constitutional rights that belong to all American citizens—while liberals try to cajole them with the fake “right” to have the legal definition of marriage changed for their convenience, and to receive universal approval of their lifestyle.

Every vote for limited government counts.

Sodimites don’t like taxes either. Their votes are more than welcome to defeat Obama. Besides what they do is none of my business. Tolerance but not acceptance of behavior.

It is surprising to hear this enlightened observation from the Homosexual group.

Although they are saying that their homosexual agenda is not the most important issue in this election, I am sure they have viewed Romney’s past and know that Romney is not exactly anti-homosexual.
Romney created homosexual marriage in Massachusetts, and will do nothing to slow the Homosexual agenda as President, and they know it.

They are trying to endorse Romney without scaring off the rest of us, who really have no choice anyway if we want to get rid of Obama.

“Gay Conservative” has to be about one of the biggest oxymorons I have ever heard. There is NOTHING “conservative” about supporting sodomy and homosexuality, but let’s let them pretend there is, in their perverse and subjective world.

“Gay Conservative” is as oxymoronic as “Honest Clinton.”

Americans always have a choice.

If they didn't they would no longer be Americans, in any sense that matters.

This isn't the Soviet Union. Not yet anyway.

When he was Governor, Romneycare promised the gays that if they could get a bill to his desk forcing the Boy Scouts to accept gay men as scoutmasters he would sign it.

Much of the gay lobby has always wanted access to little boys.

Look at what the self-centered, backstabbing POS did in only one state: 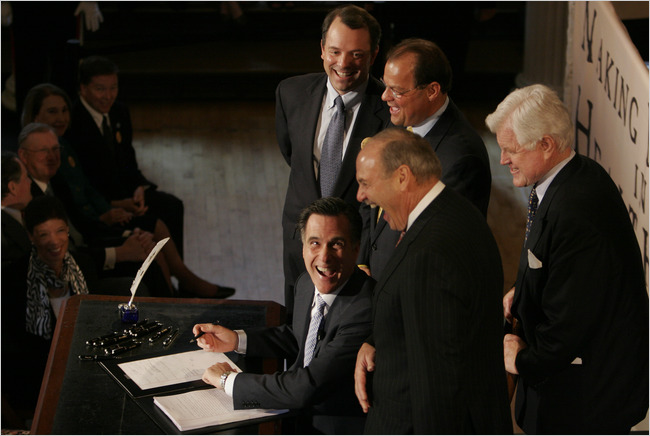 14 posted on 06/22/2012 4:52:09 AM PDT by Diogenesis ("Freedom is never more than one generation away from extinction. " Pres. Ronald Reagan)
[ Post Reply | Private Reply | To 10 | View Replies]
To: fieldmarshaldj
‘Cept Willard ain’t for limited government. He’s a big gubmint Socialist.

Glad to see you are not in the A.B.O. crowd, I should have known that already, if I had thought about it. I'm in good company.

This is why GOProud should not have been involved in CPAC (even though the group was supported by Andrew Breitbart, Sarah Palin and Ann Coulter.)

It only gives the group “conservative” credentials that they should not have.

ABO is the most vacuous argument made by Republicans to date to rid the country of Zero. Replacing one leftist cancer with another is no solution.

Back in the ‘90s, we had “ABC” (which was ‘Anybody But Clinton’, although was packaged by a certain then-ex-Governor to mean ‘Alexander Beats Clinton’). The great Lamar! Alexander went on to the Senate where he remains today one of the worst RINOs and big gubmint types in the entire body.

We need a MBC (’Must be Conservative’) or no dice. Why I favor dumping the Socialist fraud Willard immediately in favor of Wisconsin Governor Scott Walker. Walker is the man whose rhetoric matches his actions and has been tested by fire. I put him ahead of Palin in my preference.

Cool, good for GOProud and Romney. Anybody willing to help vote out Obama is good in my book. Last thing Conservatism needs to do is throw away perfectly good votes to pander to a few fundies when the rest of us don’t care about what goes on in peoples bedrooms.