Everyone please send whatever you are able to, whether it is $10, $100 or $1,000+. The DUmmies, Morons, Kos Kiddies and that crew are laughing up their sleeves. Jim may have to make this site members only or allow ads. Better for us to just help with what we can. Maybe you can donate as a memorial for a lost loved one, a servicemember who never made it home or was disabled defending our country. Perhaps you'd like to give to keep free discussion alive and to show them that we're not knuckling under. I'm sure a well thought out or prayerful meditation will lead you to see the need and how you can help. If every registered FReeper and our lurkers would each just help out with a fin or a sawbuck, or better yet a Ben Franklin, we could put this to bed and get on with the conservative cause.

And that is certainly your right. However you stated you were planning to write in Palin and asked if that is considered not voting.

The answer is yes, that is effectively not voting. Palin is not a candidate, can not be elected President as a write in, and does not want your vote. Unlike yourself, Sarah Palin is supporting the Republican candidate and probably wouldn't appreciate you trying to cancel out her vote.

Probably not many other than those who may be spitting out sarcasm or spiteful responses to insults. Did zot one a few days ago who looked suspicious.

He does. For hours every day during the FReepathons.

464 posted on 04/27/2012 11:08:55 AM PDT by trisham (Zen is not easy. It takes effort to attain nothingness. And then what do you have? Bupkis.)
[ Post Reply | Private Reply | To 443 | View Replies]
To: onyx; DJ MacWoW; TheOldLady; Jim Robinson
I am not supporting these people. I don't know any of them. Read the FReepmail. I don't like these pictures, especially the poster humblegunner who posted a picture of a child with down syndrome. How is that appropriate?

onyx, you and I have been the same on every candidate this Primary. You know that I've never said anything about Romney.

what people are angry about, including myself, is the pictures, the taunting. I had a religious zealot tell me I was going to burn in hell for being a Lutheran, and he posts countless threads a day saying that without any reprimand.

“Four years of Romney will be bad with more leftist, socialist programs. Four more years of Obama will end America.” 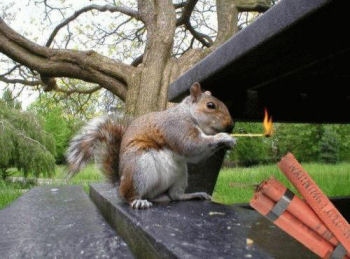 Rabble rowsers and trouble causers
You know who they are

Romney began demonizing anyone he saw as a threat to his nomination way back in '07-'08. He used his millions and the millions of fellow mormons to demonize all the candidates this season (except RuPaul).

He has effectively ruined the chance for conservative Christians to see a nominee that could possibly unite the Christian conservatives, the Tea Partys and possibly more independents out of his own selfishness.

He will lose in a landslide and secure four more years of Obama.

Re: the wilding zotters the only "zotter" around is JR. The "suck-ups" ought to do a better job of finding a derogatory term for those of us who refuse to cave to the ABOs.

I understand, not a good idea, I wasn’t thinking but I don’t know what sites so not everybody knows what you are referring to.

469 posted on 04/27/2012 11:10:47 AM PDT by mojitojoe (American by birth. Southern by the grace of God. Conservative by reason and logic.)
[ Post Reply | Private Reply | To 326 | View Replies]
To: Jim Robinson
That was a dodge. I asked where does insulting and alienating fellow conservatives get you?

Is this a thread about helping you keep the site going or funding your rebellion? It matters because as you see, there is another rebellion you seem to be blind to.

No one here wants Obama reelected. But we’re not going to vote for the GOP-e’s abortionist, homosexualist, statist either.

You will always be my trusted, close friend and always in my prayers. You know that.

Will folks like us be blamed if/when Obama wins the presidency??

Jim, making Obama go away means understanding and accepting the electorate we have. It’s as simple and honest as that. The majority electorate is not as politically conservative as you are, or as I am, or as many here are. It is what it is. I’d gladly replace him with anyone who can win on our side. Stay home then. We’ll will in November anyway. It’s that desperate.

Hey folks at the top is that really what we have devolved to? Making fun of retarded children?

I'm very sorry that you are so upset, but Joe didn't post that picture.

If you're going to cry about me, at least have the courtesy to ping me.
You should know that by now.

I was responding to a Paultard and posted a picture of a Paultard.

I fear peoples hatred, though surely warranted, of Obama and this administration is blinding them to the makeup and agenda of what Romney is all about. Seeing him as simple less evil isn't going to get it..he's not. They are equally dangerous to this country.

Romney will be on board and execute further the N. American Union, which again is loss of our soverghnity, and all the other plans for world Governance. The difference is Obama appealed and has assisted the third world countries...Romney will maneuver the wealthier nations, his connections are solid and he has those on the ground to bring this about. But the end result is the same...

Furthermore....Romney has seen very clearly how Obama has bypassed the congress and worked against the Scot-us....do you honestly believe he won't do the same?

Look, by the time those in power give a crap and identify what is being done...the agenda's are too far along for any to stop it....it doesn't matter if it's legal or not to any....our constitution is shot and at most a rumple strip to go around.

Romney too will do what he wants when he wants....no body’s going to hold his feet to any flame because our entire government is on the same page. That is just how it is.

I will not sign onto to any of it by voting for either of these imposter's. Do you really believe they need your vote? Come on Joe...I know you know better.