Father 'Decapitated And Dismembered Cerebral Palsy Son, 7, With A Meat Cleaver And Left His Head At Side Of Road' By PAUL THOMPSON 15th August 2011

A father has admitted to chopping his son's head off with a meat cleaver and leaving it in the roadside outside his home so that the child's mother would see it.

A passing motorist saw the decapitated head of seven-year-old Jori Lirette, from Louisiana, and alerted police. Detectives later found the boy's body in a rubbish sack that had been dumped nearby.

The boy's father, 30-year-old Jeremiah Lee Wright, is alleged to have confessed to decapitating his son. Jori was wheelchair bound and needed a feeding tube having been born with cerebral palsy. Wright is said to have told police that he did it because 'he'd gotten to the point where he was tired of taking care' of the boy',

Police Chief Scott Silverii said: 'He told us when he put his head out by the side of the road it was so the mother would see it when she came by.' He said Wright's only explanation for doing so was 'just that he wanted her to feel stupid when she saw the head'.

In my grandmother’s youth in rural Mississippi...he would have been strung up by a mob.

South Louisiana does not breed pu$$ies.

We can only hope.

No, this was the father. 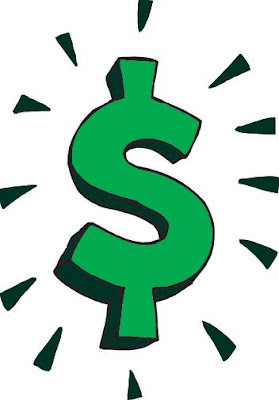 6 posted on 08/15/2011 11:25:32 PM PDT by leapfrog0202 ("the American presidency is not supposed to be a journey of personal discovery" Sarah Palin)
[ Post Reply | Private Reply | To 5 | View Replies]
To: dragonblustar
With stories like this, the crimes against poor defenseless children, i wonder where God is?

God is here, trust me. Just remember: this life is but the antechamber to a tremendous mansion that awaits those whom God invites in. That poor little kid is with God now, I'm sure.

God is with the righteous, those that fight to keep vermin like this killer from harming any more little kids. Read you Old Testament, about how God directed the Israelites to conquer the evil scum (that sacrificed babies to statues of Baal) that occupied the Holy Land.

God is in control. Just remember, His timeframe is so infinite as to go beyond time itself. Indeed, we know from physics that time is just another aspect of space-time.

Let's just say God plays for keeps. All the more reason to repent and forgive, as He'll forgive us in the same degree that we've forgiven others.

Not making excuses, but often something when something like this happens you find the murderer was schizophrenic or had some severe mental illness. If not a muslim, of course.

With all the safe haven laws and ease of signing over your parental rights, one would think deaths like these would be rare, but as we know we live in a culture of death, where the killing of the weakest among us is welcomed. Look for this guy to get no more than 15 years.

Louisiana is a heavily Christianized area. Look for the death penalty with the jury being out just long enough to vote.

As for the child, he is being comforted by the Maker of the heaven and the earth. As for the father, he is going to find out just how much God loves children. It will be an experience that will have no end.

That is indeed a question of the ages.

That it was the boyfriend was incorrectly reported when the report first came out. The local paper is reporting this is the poor child’s biological father (who should be taken to the swamp, tortured for a month and killed slowly).

The father’s name “Jeremiah Wright” is quite curious.

When mum tucked us in at night and said there are no monsters lurking about....she was wrong, wasn’t she?

I don’t know about that. In those days a child with physical/mental defects was considered shameful and families hid them from the world.

God is right where he’s always been. People like this just refuse to see God.

“With stories like this, the crimes against poor defenseless children, i wonder where God is?”

God is with every child at every moment...sometimes we put too much emphasis on our earthly existence and forget that God is concerned with our souls and eternity. That child is in heaven right now...all suffering gone, replaced with complete love and wisdom.

Right there where he has always been, showering upon us all the blessings of his glory, every minute of every day. (..and this is how we act...)

It just breaks my heart to see children suffer and die like this. And what also gets me is to see how some of the killers get away with it, i.e. like Casey Anthony.

A few months ago, I heard about how fraternal twins had suffered and the little girl died while her brother nearly starved to death. Every week there is always some gruesome and horrific story about a child being killed or tortured. I feel helpless and depressed to hear about such stories. I guess I just wish God would protect them or inspire people to help before these things end badly.

I believe God protects us all...that doesn’t mean that our lives are spared torment...it means our souls are protected and cherished. Our lives are a blink of the eye so to speak of our existence. The lessons we learn from both good and bad help us to develop the wisdom that God desires for us.

It breaks my heart to read about children, or anyone for that matter, suffering. That is part of the “humanity” God has given us. It is a source of true wisdom we can garner and grow. I know it seems counter logical, but it is the truth.