The Chinese government has officially denied reports that radiation has leaked from its newest nuclear submarine.

According to the Global Times, which sometimes serves as a mouthpiece for the Chinese Communist Party, the defense ministry in Beijing said the sub docked in the port of Dalian has not leaked radiation.

The rumors began with a report on the Chinese language website buxun.com, operated in the United States, and then quickly spread across the Internet through Weibo, the Chinese equivalent of Twitter.

The Korean defense ministry has said that if radiation was leaking from the sub, the chances are slim that it would reach Korea.

2 posted on 08/06/2011 11:27:43 PM PDT by TigerLikesRooster (The way to crush the bourgeois is to grind them between the millstones of taxation and inflation)
[ Post Reply | Private Reply | To 1 | View Replies]
To: TigerLikesRooster

I note there has been no confirmation from either US, Japanese, or Taiwanese sources. Each monitor the Chinese coast and would have detected any serious radiation accident. After a week I’d have expected somebody to speak and confirm, even if just off the record.

I agree. It was Swedish monitoring of their own nuclear reactors that detected Chernobyl and eventually led to the Soviets finally admitting to it. I’d think South Korea or Japan would have picked something up, though I’m no expert on nuclear submarine leaks.

(what would you expect ?)

***I note there has been no confirmation from either US, Japanese, or Taiwanese sources***

You can bet that at this very moment that all eyes (land sea air and space) are now “glued on Vayag” because, though people/nations the world over won’t openly admit it, deep down they know that the Varyag is no Vikrant, therefore any traces of radiation won’t be missed... the sub thingy, my opinion, was just a strategy to pressure the ChiComs into opening up of the Port of Dailian for inspection as the Varyqg is about to debut...

Is there any more news on this nuclear sub accident? 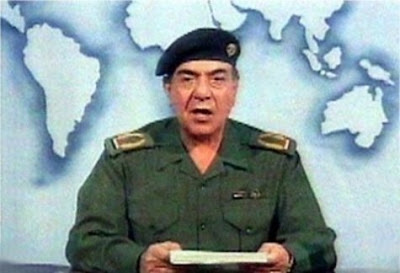 The Chinese government's new Minister of Information has reported that there is absolutely no truth to the rumors of a radiation leak coming from a Chinese submarine in Dalian. In fact, the Minister reports that the Chinese Navy doesn't even have any submarines stationed there, so how could one possibly be leaking any radiation.

This is interesting in that a British businessman reportedly tied to British intelligence ends up dead, I think in Dalian, in November 2011 ...just a few months after this. Reports say he was poisoned with cyanide but the Chinese cremated his body so the ashes could be anyone’s. What if he had instead died of radiation poisoning?

No, my mistake, he was supposedly killed in Chongqing, about 4 hrs away by air. The woman who killed him was connected to Dalian.