Michigan --(Ammoland.com)- A rare German Luger pistol once owned by aviation pioneer Howard Hughes could reach new heights when it goes up for auction in Solana Beach, Calif. on September 1, 2011 from Craig Gottlieb Militaria Auctions.

The iconic handgun was used in the 1930 epic World War I film Hell’s Angels, which Hughes directed.

The gun was used in the final scene of the Hollywood blockbuster that introduced actress Jean Harlow to the silver screen. It was one of the most expensive “talkies” ever produced. It was also notable for introducing the phrase “excuse me while I put on something more comfortable” into the American lexicon.

The history of the gun is also unique. It was once owned by Hell’s Angels screenwriter Joseph March, who received the Luger from Hughes as a gift. The written provenance that comes with the Luger is thus excellent. Included with this famous gun is a letter from the screenwriter’s family, including the family member who sold it to a collector in 1992. But, the most compelling provenance is the movie itself.

“When you play back the scene frame-by-frame, you can easily make out the unique features of this rare model Luger,” says Gottlieb, noting the slender barrel, unique grip safety and the shape of the other features, which are unique to this rare pistol. “If Hughes had used a regular Luger, we would never know if this was really the same gun.”

The letter that accompanies the Luger states that Hughes gave it to March in the 1930s “as a token of appreciation following the film.”

Gottlieb places a conservative estimate of $50,000 on the gun, and notes that a pistol owned by gangster Al Capone recently sold for almost $110,000 at auction in London. He is no stranger to exotic collectibles, and he recently obtained the desk set that was used by Adolf Hitler to sign the Munich Agreement in 1938, and this set will also be up for auction in September.

Now we’ll see if the sky is the limit for the Luger.

Also be sure and read Peter’s newest book “America’s Road to Fascism: From the Progressives to the Era of Hope and Change“ 2 posted on 06/25/2011 9:53:31 AM PDT by jrushing (Anti-American-ProTerrorist-Coward-Fascist-Communist-Socialist-Democratic Party)
[ Post Reply | Private Reply | To 1 | View Replies]
To: marktwain
...be sure and read Peter’s newest book “America’s Road to Fascism: From the Progressives to the Era of Hope and Change“

Sounds interesting...BUT, #2,757,945 in Books and it is begging for its first customer review!

I see it has the original rare wooden bottom magazine.Those are really hard to find.

7 posted on 06/25/2011 9:59:41 AM PDT by Farmer Dean (stop worrying about what they want to do to you,start thinking about what you want to do to them)
[ Post Reply | Private Reply | To 2 | View Replies]
To: marktwain
Everyone knows you can't get two magazines through one of these without it jamming.

Sad state for such a pretty pistol.

What class machining. The aesthetics overwhelm....

Years ago when Erma came out with its 22 model I bought one. Same problem, jamming. I finally sold it. I must say, they are good looking guns though.

Exactly. European loads are light for caliber high velocity sub-machine gun rounds that can also be applied to pistols.

Most Americans have the peculiar notion that a pistol should hit that at which you aim, penetrate to it’s vitals, and stop what ever nonsense gave you cause to shoot, and then let you get ready for what happens next. That leads to heavier bullets launched at lower speeds.

Good work can be done by both concepts. Napoleon, recognizing that more men are scared off than killed off said “The Morale is the the Materiel as three is to one.” 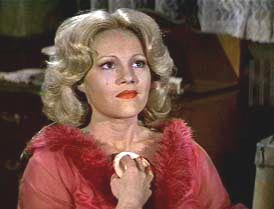 I always thought that the Luger was a beautiful gun. Not the best mechanically maybe, but beautiful to look at.

The display of ignorance about Lugers on this thread is amusing. The gun in question is an early model, which is rarer and worth more than an ordinary military model from either world war, but the auctioneer has a questionable reputation in collecting circles. Somebody with more money than sense will buy this gun.

Kinda like R. L. Wilson, who can now tell you the value of rare Colts in cigarette equivalents? ;)

What about R.L. Wilson?

I picked up 4 different volumes for $4.95 each in the remainder rack. I figure a tad more than a dollar a pound for all the great photos.

He got to the point where rare Colts were “worth what he said they were worth”, and was involved in a deal that turned out too sweet for him.

He served a year. When he got out he was tried on a spearate matter in KY but was acquitted.

Guy gets to play with cool guns for a living and gets greedy all the same.