May 1 -- Most Greeks feel anger and dismay rather than relief over Prime Minister George Papandreou's decision last week to request emergency loans from the European Union and International Monetary Fund, an opinion poll showed.

Just 14.8 percent of the 1,256 people surveyed by Kappa Research for To Vima newspaper felt relief or hope after the decision, compared with 31 percent who answered "anger," 30.6 percent "disappointment or fear" and 22.8 percent who said "shame."

Labor unions, which have staged a series of walkouts this year against higher taxes and pay cuts for government employees, plan general strike on May 5 to protest further steps the EU and IMF are likely to demand in return for the loans. 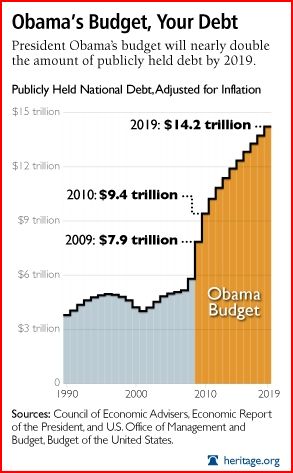 And the general strike helps the Greeks how?

This has got to stop.

With $492 Trillion outstanding in the notional value of global Interest Rate Swaps it is reasonable to conclude that, since one party on either side of these counterparty trades WILL GET HURT when rates rise, there is going to be a lot of hurting in a total global economy of only $45 Trillion.

All indications are that by 2012 the global economy is going to run headlong into a funding wall.

Markets always anticipate events at least 6 months in advance. This wall is so huge I doubt the market will wait. It will likely begin adjusting 12- 14 months ahead!

All bets are off if we get another sovereign or possible American State government surprise. This would move our Maturity Wall even ‘closer in’.

“...by 2012 the global economy is going to run headlong into a funding wall.”

Who knew that the Aztecs were talking about Western economies when they predicted the end of the world in 2012?

At some point they are going to have to let a country fail. These folks have no idea what the situation is. Let them fall, let them do without for awhile, and those who survive will be better for it.

Treasury Redeems A Gargantuan $643 Billion In Treasuries In April

A week ago we were practically speechless when we showed that the Treasury had redeemed nearly $494 billion in Bills in April. A truly stunning number and an indication of just how much cash the Treasury needs to have access to to keep rolling its ridiculously short average maturity debt load. Today we stand even more speechless: according to today's DTS, the Treasury has now redeemed $596 billion in Bills in Aprils: an all time world record, even when accounting for the Fed's steroid abuse period of SFP 1 (we are currently in the second iteration). Add $47 billion in Notes and there are almost $650 billion in redemptions. This number is simply ridiculous. Forget the interest expense: this ever increasing roll is the number one danger to the US and world economy. Should the Treasury be unable to keep issuing shorter and shorter dated debt (and it already is skirting away from even the belly of the curve), it is for all intents and purposes game over.

I agree. Let Darwinism work. If not, the entire “species” of advancd societies/govts is going to become weakened and eventually extinct.

9 posted on 05/01/2010 7:18:52 AM PDT by Oldeconomybuyer (The problem with socialism is that you eventually run out of other people's money.)
[ Post Reply | Private Reply | To 7 | View Replies]
To: Oldeconomybuyer
And from MarketOracle SUSPICIOUS CLUE #9 – US TREASURY PURCHASES ARE SUDDENLY COMING FROM THE CARRIBEAN & UK (Channel Islands)

The “tooth fairy” which I described as part of Suspicious Clue #2 in Extend & Pretend – Gaming the US Tax Payer appears to reside in the Caribbean and UK Channel Islands. The ‘tooth fairy’ was the name I gave to the mysterious direct bidder that has emerged in the US Treasury Auction to stop the bond auction from being a failure. A failure would scare the market and would result in a sudden and dramatic increase in US Treasury interest rates.

Presently US banks are being recapitalized by the use of an extraordinary steep yield curve, this along with major accounting changes was the most expedient political solution to the insolvency of the US banking industry instead of being nationalized as was debated at the onset of the financial crisis. The spread between the 10 Year US Treasury and the Fed Discount / Primary credit rate is over 3%. This is a high that has only been seen a few times in the last 30 years. In the few other times, inflation was also never this low. Is it any wonder that bank profits just released are eye popping?

If Greeks elected a guy who promised to raise government ee pay they deserve what they get.

Not ashamed enough to change their ways apparently.

Translation: They are ashamed they can’t find a way to cheat and steal anymore.

Because you are. And that is the case that's developing here. If you play by the rules you are a sucker.

been to Greece..screw em. Let them rot.