At the recent CPAC conference, Birch Society President John McManus and the Senior Editor of the Birch Society magazine, The New American, spoke with Rachel Maddow of MSNBC when she dropped by their CPAC booth.

Video of Maddow at JBS-CPAC booth:

Since December 2009, Rachel has devoted three segments of her TV program to the Birch Society. During two of those segments, Rachel discussed the Birch Society position on the fluoridation of water supplies. The Birch Society subsequently dismissed her comments as a typical "left-wing smear" of the JBS.

It is totally understandable that JBS President John McManus now wants to revise history and pretend that the Birch Society opposed fluoridation only because it amounted to "mass medication" -- but that is not historically accurate. [See McManus’s "mass medication" comment to Rachel Maddow beginning at 4:35 of the CPAC video link above].

What McManus does not address is why the JBS linked water fluoridation to communists and communism in the March 1960 issue of the JBS Bulletin.

Why, for example, did that issue of the Bulletin warn JBS members about "Communists [who] have been able to beguile a sufficiently large enough, powerful enough, and determined enough clique into supporting fluoridation" -- as if fluoridation of water had no legitimate basis in medical research nor any support by principled dentists but, instead, was simply part of a conspiratorial plot?

Why, also, did Robert Welch state in the JBS Bulletin of December 1959 (page 8) that he was sending to all JBS chapter leaders sufficient copies of the September 28, 1959 issue of the Dan Smoot Report newsletter so that every JBS member could read Smoot's anti-fluoridation argument which also referred to the "communist plot" aspect of water fluoridation?

"I have been delegated to ask your opinion on several matters. Since we are resolved to fight the conspiracy in the most effective manner, it is essential that we KNOW we are supporting a cause which has the best interests of the United States as its prime objective. We want to know, therefore, if you would endorse the John Birch Society...Recently, American Opinion, edited and published by Mr. Welch, has claimed strongly that fluoridation of municipal water supplies was promoted by and is a part of the communist conspiracy. Since I am a dentist and have supported fluoridation strongly, I find this almost inconceivable. Can you throw some light on this matter please?" [FBI HQ 62-104401- #75; 4/4/60 incoming inquiry to J. Edgar Hoover.]

"Several months ago we became acquainted with the John Birch Society. We were very impressed with the Blue Book of the Society and wish to become active against Communism through its membership. However, Mr. Welch strongly recommends The Dan Smoot Report and we would like to know more about Mr. Smoot...As dentists we are strong proponents of fluoridation of water supplies...Consequently, we were more than amazed when someone told us that Communists were for fluoridation while anti-communists were against it. To prove his point the man brought us the September 28, 1959 Dan Smoot Report, "Facts on Fluoridation" as well as articles from The American Mercury magazine."[FBI HQ 62-104401, #558; 12/19/60 inquiry to Hoover]

It should be noted that the "fluoridation-as-communist-plot" argument presented by Smoot and the Birch Society was also promoted by many other individuals and organizations --- particularly as a consequence of an "affidavit" by Kenneth Goff.

In March 1963, a Congressman contacted the FBI to inquire into Goff’s assertion that fluoridation of water supplies was part of a communist plot. A Bureau memo discussing the matter states:

“Our files do not indicate evidence substantiating the charges that fluoridation is part of a communist plot…Of course, the fluoridation controversy has been nationwide and the communist element has often been injected into it principally by right wing extremists.” [FBI HQ 62-80382, #149, page 2; 3/13/63 memo from D.C. Morrell to Mr. DeLoach].

The same FBI serial states: “Bufiles indicate that in 1952 Goff was considered to be a borderline psychopathic case.”

I never thought I would see both the JBS and Rachel Maddow at a CPAC. 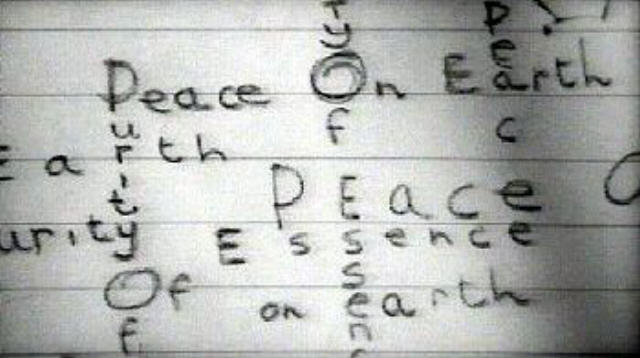 I don’t know why this Maddow thinks she’s at all relevant.

I rarely get a cavity, but after we moved out to the country, I found I was getting maybe one a year. I finally woke up and realized it was because we had a well for our water supply, and it wasn’t flouridated.

So I started rinsing with ACT once a day, and I haven’t had another cavity in 15 years or so, knock on wood. I use flouridated toothpaste, but evidently that wasn’t quite enough to do the job.

Oh, we’re meetin’ at the courthouse at eight o’clock tonight
You just walk in the door and take the first turn to the right
Be careful when you get there, we hate to be bereft
But we’re taking down the names of everybody turning left

Well you’ve heard about the agents that we’ve already named
Well MPA has agents that are flauntedly unashamed
We’re after Rosie Clooney, we’ve gotten Pinkie Lee
And the day we get Red Skelton won’t that be a victory

We’ll teach you how to spot ‘em in the cities or the sticks
For even Jasper Junction is just full of Bolsheviks
The CIA’s subversive and so’s the FCC
There’s no one left but thee and we, and we’re not sure of thee

Do you want Justice Warren for your Commissar?
Do you want Mrs. Krushchev in there with the DAR?
You cannot trust your neighbor or even next of kin
If mommie is a commie then you gotta turn her in

You mean Maddow’s a woman!?! Dayuuummm! I thought Maddow was just a girly-looking man! (*sar.)

Keep your Commie hands off of my precious bodily fluids!! Bangbangbangbang!!!!!

The point was that governments should not be involved in adding drugs to your water.

Looked into this some years ago, in the early days of the web. Their claims, fwiw, were that flouride as used in municipla treatment plants is a waste product of the aluminum smelting industry. As if that means anything, I dunno. If recall correctly, the nutjobs don’t dispute that teeth enamel is preserved, but that it causes other harmful effects to the nervous system? I dunno.

It works - my dad, who is 82, has virtually none of his teeth left. Myself, never had a dental carie! Never been too particular either, and bottle caps are no problem.

One angle, might be worth pursuing, that the mandatory addition of anything to the public water supplies might be questionable, even if it’s for “our own good.” I can see that, sort of - but disinfection is widely done and nobody complains about that. And - think about this - Dentists recommend it, which in fact over the decades has decreased their income, probably substantially. All in all, the whole debate doesn’t make any sense, unless flouride reliably turns out the boshie in all of us. /s

What Did You Say!

“Young man, lady ... whatever—if you hit that machine one more time, you’ll answer to the Coca Cola corporation. And any more preversions out of you and we’ll blow your damned head off.”
Col. Bat Guano

The claim was flouridation addled your brain which was something the communists needed to gain acceptance.

And as any spokesbot out of the White House would say, hey, it looks like the plan worked.

Crest was first introduced in the United States in 1955. At first it used stannous fluoride, marketed as "Fluoristan"

Send treats to the troops...
Great because you did it!