His internal polls must have been awful.

of almost 300 dems in both houses, I suspect there’s more than
a few that would like to keep their jobs. Dems across the board know they’re dead meat.

His internal polls must have been awful.

I would think so. But it's puzzling to me how ND, and SD, in fact, could continue sending these libs back to Washington.

Thune, at least restored some of my faith in the Dakotans.

This should be a relatively easy GOP pickup now and it now scarce resources can be used on other races.

If Pelosi gives them a second vote on Obamacare, they'd better think real hard about what that means for keeping their jobs.

There’s a bit of prairie populism in the Dakotas, not as strong as in Minnesota, but it’s there. Every so often a liberal pretending to be a moderate sneaks in.

Especially if their popular Governor runs.

Unfortunately South Dakotans have sometimes been tricked by liberals appealing to our populist roots....examples: George McGovern, Tom Daschle and now Tim Johnson and Stephanie Herseth-Sandlin. However, we tend to come to our senses and throw the liberals out.

Dorgan did what Specter ain’t got the guts to do.

RATs fear the tsunami they know is coming. They woke up the sleeping giant and the giant is pissed.

Add ND to this list of competitive or possibly competitive Dem Senate seats: ND, DE, CT, CO, NV, NY, AR, IL, CA, and PA. If we won them all, the Senate would go 50-50, and Plugs would have to break the tie. But if Brown in MA pulls off a miracle, we’d have the Senate in 2010. 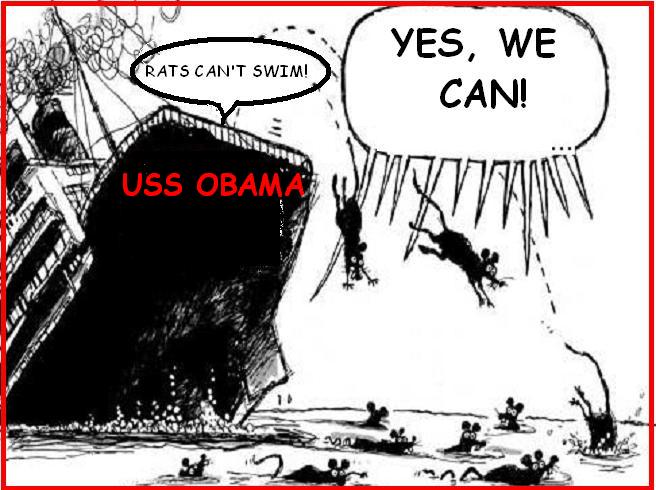 The Dems are Kamikazi Politicians. They are voting for all that Obama wants and they know they would be going down in flames for doing so. The easy way, is to just resign now.