Thirteen dead and 31 wounded would be a bad day for the US military in Afghanistan, and a great victory for the Taliban. When it happens in Texas, in the heart of the biggest military base in the nation, at a processing center for soldiers either returning from or deploying to combat overseas, it is not merely a “tragedy” (as too many people called it) but a glimpse of a potentially fatal flaw at the heart of what we have called, since 9/11, the “war on terror”. Brave soldiers trained to hunt down and kill America’s enemy abroad were killed in the safety and security of home by, in essence, the same enemy – a man who believes in and supports everything the enemy does.

And he’s a US Army major.

And his superior officers and other authorities knew about his beliefs but seemed to think it was just a bit of harmless multicultural diversity – as if believing that “the Muslims should stand up and fight against the aggressor” (ie, his fellow American soldiers) and writing Internet paeans to the “noble” “heroism” of suicide bombers and, indeed, objectively supporting the other side in an active war is to be regarded as just some kind of alternative lifestyle that adds to the general vibrancy of the base.

When it emerged early on Thursday afternoon that the shooter was Nidal Malik Hasan, there appeared shortly thereafter on Twitter a flurry of posts with the striking formulation: “Please judge Major Malik Nadal [sic] by his actions and not by his name.”

Concerned tweeters can relax: There was never really any danger of that – and not just in the sense that The New York Times’ first report on Major Hasan never mentioned the words “Muslim” or “Islam”, or that ABC’s Martha Raddatz’s only observation on his name was that “as for the suspect, Nadal Hasan, as one officer’s wife told me, ‘I wish his name was Smith.’”

What a strange reaction. I suppose what she means is that, if his name were Smith, we could all retreat back into the same comforting illusions that allowed the bureaucracy to advance Nidal Malik Hasan to major and into the heart of Fort Hood while ignoring everything that mattered about the essence of this man.

Since 9/11, we have, as the Twitterers recommend, judged people by their actions – flying planes into skyscrapers, blowing themselves up in Bali nightclubs or London Tube trains, planting IEDs by the roadside in Baghdad or Tikrit. And on the whole we’re effective at responding with action of our own – taking out training camps in Afghanistan, rolling up insurgency networks in Fallujah and Ramadi, intercepting terror plots in London and Toronto and Dearborn.

But we’re scrupulously non-judgmental about the ideology that drives a man to fly into a building or self-detonate on the subway, and thus we have a hole at the heart of our strategy. We use rhetorical conveniences like “radical Islam” or, if that seems a wee bit Islamophobic, just plain old “radical extremism”. But we never make any effort to delineate the line which separates “radical Islam” from non-radical Islam.

Indeed, we go to great lengths to make it even fuzzier. And somewhere in that woozy blur the pathologies of a Nidal Malik Hasan incubate. An army psychiatrist, Major Hasan was an American, born and raised, who graduated from Viriginia Tech and then received his doctorate from the Uniformed Services University of the Health Sciences in Bethesda, which works out to the best part of half-a-million dollars’ worth of elite education. But he opposed America’s actions in the Middle East and Afghanistan, and made approving remarks about jihadists on American soil. “You need to lock it up, Major,” cautioned his superior officer, Colonel Terry Lee.

But he didn’t really need to “lock it up” at all. He could pretty much say anything he liked, and if any “red flags” were raised they were quickly mothballed. Lots of people are “anti-war”. Some of them are objectively on the other side – that’s to say, they encourage and support attacks on American troops and civilians. But not many of those in that latter category are US Army majors. Or so one would hope. Yet why be surprised? Azad Ali, a man who approvingly quotes such observations as “If I saw an American or British man wearing a soldier’s uniform inside Iraq I would kill him because that is my obligation” is an advisor to Britain’s Crown Prosecution Service (the equivalent of the US attorneys). In Toronto this week, the brave ex-Muslim Nonie Darwish mentioned en passant that, on flying from the US to Canada, she was questioned at length about the purpose of her visit by an apparently Muslim border official. When she revealed that she was giving a speech about Islamic law, he rebuked her: “We are not to question Sharia.”

That’s the guy manning the airport security desk. In The New York Times, Maria Newman touched on Hasan’s faith only obliquely: “He was single, according to the records, and he listed no religious preference.” Thank goodness for that, eh? A neighbor in Texas says the major had “Allah” and “another word” pinned up in Arabic on his door. “Akbar” maybe? On Thursday morning he is said to have passed out copies of the Koran to his neighbors. He shouted in Arabic as he fired.

But don’t worry: As the FBI spokesman assured us in nothing flat, there’s no terrorism angle.

That’s true, in a very narrow sense: Major Hasan is not a card-carrying member of the Texas branch of al-Qaeda reporting to a control officer in Yemen or Waziristan. If he were, things would be a lot easier. But the same pathologies that drive al-Qaeda beat within Major Hasan too, and in the end his Islamic impulses trumped his expensive western education, his psychiatric training, his military discipline – his entire American identity. One might say the same about Faleh Hassan Almaleki of Glendale, Arizona, arrested last week after fatally running over his “too westernized” daughter Noor in the latest American honor killing. Or the two US residents – one American, one Canadian – arrested a few days earlier for plotting to fly to Denmark for the purposes of murdering the editor who commissioned the famous Mohammed cartoons. But Noor Almaleki’s brother shrugs that’s just the way it is. ““One thing to one culture doesn’t make sense to another culture,” he says.

Indeed. To infidels, Islam is in a certain sense unknowable, and most of us are content to leave it at that. The vast majority of Muslims don’t conspire to kill cartoonists or murder their daughters or shoot dozens of their fellow soldiers. But Islam inspires enough of this behavior to make it a legitimate topic of analysis. Don’t hold your breath. We’d rather talk about anything else – even in the army.

What happened to those men and women at Fort Hood had a horrible symbolism: Members of the best trained, best equipped fighting force on the planet gunned down by a guy who said a few goofy things no one took seriously. And that’s the problem: America has the best troops and fiercest firepower, but no strategy for throttling the ideology that drives the enemy – in Afghanistan and in Texas. 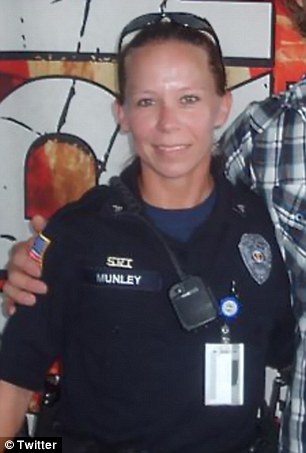