So they already have enough plutonium for several boom-booms.

You’ll notice, as others have pointed out, there is no mention of their parallel uranium program (”little boy” vs. “fat man”).

No knowing just how much they blew up in their “test” of ‘06. I’m firmly convinced it was an utter fizzle. The explosive initiator made a big bang but nuclear fission did not take place

We better not start sending them oil again.... 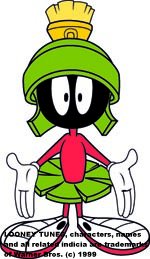 Where's the ka-boom? There was supposed to be an earth-shattering ka-boom.