The Origin of the Word Iran
Bartleby.com ^ | 2000 | The American Heritage Dictionary

WORD HISTORY:It is one of the ironies of history that Aryan, a word nowadays referring to the blond-haired, blue-eyed physical ideal of Nazi Germany, originally referred to a people who looked vastly different. Its history starts with the ancient Indo-Iranians, Indo-European peoples who inhabited parts of what are now Iran, Afghanistan, and India.

Their tribal self-designation was a word reconstructed as *arya– or *rya–. The first of these is the form found in Iranian, as ultimately in the name of Iran itself (from Middle Persian rn (ahr), “(Land) of the Iranians,” from the genitive plural of r, “Iranian”). The variant *rya– is found unchanged in Sanskrit, where it referred to the upper crust of ancient Indian society. These words became known to European scholars in the 18th century.

The shifting of meaning that eventually led to the present-day sense started in the 1830s, when Friedrich Schlegel, a German scholar who was an important early Indo-Europeanist, came up with a theory that linked the Indo-Iranian words with the German word Ehre, “honor,” and older Germanic names containing the element ario–, such as the Swiss warrior Ariovistus who was written about by Julius Caesar.

Schlegel theorized that far from being just a designation of the Indo-Iranians, the word *arya– had in fact been what the Indo-Europeans called themselves, meaning something like “the honorable people.” (This theory has since been called into question.) Thus “Aryan” came to be synonymous with “Indo-European,” and in this sense entered the general scholarly consciousness of the day.

I read that post also, and someone dismissed it as rubbish.
I've tried to remember which thread it was on, but I've read too many tonite...

Yep, they changed the name in 1935 just as Hitler was beginning his military build up.

'Iran' is actually pronounced 'Eeraawn', and not as in 'I ran'. Atleast in Iran itself, and in India.

Iran: I ran into a wall, called Israel.

Another piece of throw-away trivia to go along with the fashion.

During most of its history, it was named Persia.

Iranians back then including Darius the Great who had light skin and blue eyes as light as the sky according to historical accounts were light featured. Iranians today due to the Arab invasions around have a mix of European and Mid-eastern features.

I wonder if the Irish name 'Ryan' is any variation of this? The older languages often bear traces of their original Sanskrit.


A BBC journalist is urging helpful linguists to come forward to help solve a mystery - why the Hindi (India's official language, along with English) accent has so much in common with Welsh. Sonia Mathur, a native Hindi speaker, had her interest sparked when she moved from India to work for the BBC in Wales - and found that two accents from countries 5,000 miles apart seemed to have something in common. 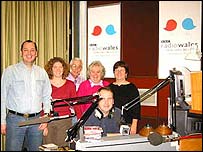 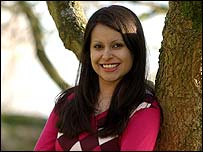 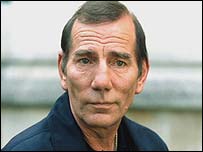 You are closer than you realize. Some linguists have theorized that the "Eire" of Ireland and Arya, the name that Aryans had for themselves, are "cognate", meaning that they derive from the same source. It is possible, but by no means proven.

This article is, as some have pointed out, rubbish. The study of Indo-European linguistics began in the 1700s, when a British soldier in India noticed that the Sanskrit word "broder" and the English word "brother" were very similar. He then noticed other similarities--father, mother, sister, numbers, the verb for "to be" and many, many others. This discovery spawned a whole line of research that has had a number of theories and permutations over the centuries.

Regarding the "blonde" stuff: The original Indo-European tribes that entered what later became Iran and then moved from there into India may well have been blonde. They certainly were lighter skinned than the natives. In the mountains and rural regions in Iran (less despoiled by Arabs), there are still some blondes, especially when they are children. There are many with blue eyes. The upper crust tend to have lighter skin.

In India, physical differences spawned the caste system, and are still visible in the charasterics of the different castes. Of course, over 3000 years, the distinctions between a small invading army and a huge native population gradually diminished.

The word "iranian" denotes a group of tribes that spoke a language that was similar. In the same way, we refer to ancient "Germanic" tribes, such as the Franks, Goths, Angles, Saxons. There are Germanic languages spoken today in Holland, Norway, Sweden, Denmark, Britain and the U.S.

An Iranian tribe migrated from where Iran is now and conquered India. Another Iranian tribe was found in the deserts of western China, and is known to archaelogy today as the "tocharians." Another Iranian tribe were the Scythians, well-known in Greek and Roman tribes. They had settlements on the Danube, and roamed from there to where the "stans" are today. They were fierce warriors, great horsemen. Their blood is still probably what runs in the veins of those who live there today, with some mongolian and ottoman to add spice.

Another Iranian tribe was the Medes, the largest tribe in the land currently known as Iran. Iran was a fertile land, and the tribes that settled there grew populous and settled down to a domesticated life, changing lifestyles from the steppe nomads that they descended from. A small tribe within the confederation that the Medes set up in "Iran" was the Pars tribe. The Pars tribe, through strong leadership in the time of Cyrus the Great, overthrew the Medes and became the leaders of the Iranian confederation in Iran. Cyrus then expanded from Iran into neighboring lands, establishing the first "Persian Empire".

17 posted on 07/20/2006 7:18:03 PM PDT by Defiant (Proportionate response means: Whatever Israel is doing, make them stop before it succeeds.)
[ Post Reply | Private Reply | To 14 | View Replies]
To: the invisib1e hand
remember when the drummer said "actually, I like boys" on Letterman,

No, and now thanks to you I will have to repeat it at a cocktail party to prove how culturally astute I am.

OCC, great humorous minds think alike. Besides I needed an excuse to post a picture of Flock of Seagulls.

Yes, Welsh and Hindi are related languages, going back 4000 years plus. But at that separation, sound similarities are probably coincidence.