Clinton 'will make tens of millions' working for funds tycoon

Bill Clinton stands to make "tens of millions" of dollars by working for a billionaire friend who made his fortune in supermarkets.

The former president will share in the profits of investment funds run by Ron Burkle. In return, he offers Mr Burkle advice and lends his reputation to the funds. He has no day-to-day role and has invested little of his own money.

There is no suggestion that Mr Clinton is doing anything wrong but the revelation is certain to be seized on by Republicans looking for ammunition to use against Sen Hillary Clinton if, as widely expected, she runs for the presidency in 2008.

If she reached the White House, Mr Clinton would be the first man to be dubbed "first gentleman" as the presidential spouse.

The Clintons have both made millions from their autobiographies and Mr Clinton commands six-figure sums at speaking engagements. But the couple have a troubled history with personal investments. Their failed Whitewater development project in 1979 provoked numerous allegations of wrongdoing and three inquiries, although none found evidence of criminal conduct.

The Clintons say that criticism of their financial affairs is politically motivated.

The New York Times, which spoke to Mr Burkle and Mr Clinton's aides, said the three funds that the former president advised contained more than $1 billion (£560 million). Two invest in poor areas of the United States where traditional firms are unwilling to risk their cash. A third invests overseas.

Mr Clinton's deal will pay out if the two domestic funds produce returns exceeding nine per cent during their lifetimes. So far, one is up by 26 per cent and the other by 51 per cent. The former president is already receiving payments from the overseas fund and will take a third of the profits when it is dissolved, not sooner than 2011.

Mr Burkle told the paper: "If we make money, he makes money." He would not say how much but The New York Times report said: "If the funds perform as well as Mr Burkle's other investment funds have over the past two decades, Mr Clinton's share could reach tens of millions of dollars."

Mr Clinton met Mr Burkle, a Californian, in 1992 after hearing that his chain of supermarkets had been spared during the Los Angeles riots. The president was told that the company had a reputation for treating customers well. Mr Burkle said they now spent at least 500 hours a year together, often travelling around the world in his Boeing 757. Interviewed at Mr Clinton's Harlem office, he said the former president was a great communicator who gave credibility to the Yucaipa funds.

"He explains to people better than we can why these are good things to invest in," he said.

A reporter is under investigation after recently allegedly trying to blackmail Mr Burkle, who is a major fund-raiser for Sen Clinton.

Jared Paul Stern, of the tabloid New York Post, was said to have been videotaped by federal agents demanding $220,000 to keep false stories about the billionaire out of a gossip column. 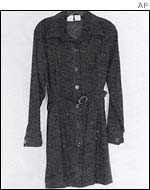 3 posted on 04/23/2006 6:04:05 PM PDT by Paleo Conservative
[ Post Reply | Private Reply | To 1 | View Replies]
To: blam
Mr Clinton met Mr Burkle, a Californian, in 1992 after hearing that his chain of supermarkets had been spared during the Los Angeles riots. The president was told that the company had a reputation for treating customers well.

Yeah, right. I would guess something more along the lines of protection money being paid...

Pappa B. is not involved in any dirty shenanigans like this -

Clinntooon never does anything without his thumb in the pie

Has Bill Clinton ever made an honest dollar in his life?

"Lend his reputation",,buy this fund, get raped, right? No thanks.

I'm not altogether convinced that Jared Paul Stern was not set up. It shocks me to hear myself say that.

But I understand Burkle was incensed that he could pick up the phone and get ex-President Clinton but he couldn't get Murdoch or any of the Page Six guys.

Andrew Fastow, eat your heart out!

"Bill, the funds are losing money!"

"lends his reputation to the funds."

Don't expect a penny of my money to touch it then.

15 posted on 04/23/2006 6:32:29 PM PDT by Paleo Conservative
[ Post Reply | Private Reply | To 13 | View Replies]
To: Revolting cat!
Slick Willy is typical of all of the "Third Way, Populist, European Democratic Socialists, limousine liberals". Capitalism & free enterprise is a given right for them but socialism (under their guidance of course) is best for the masses as we're too stupid to think for ourselves and thereby manage capitalism. It's absolutely astounding to me that so many folks buy into their arrogant, condescending crap. But hey, maybe I just answered my own question. Just maybe they're right about the masses..... Sure hope not, guess time will tell....
16 posted on 04/23/2006 6:34:12 PM PDT by snoringbear
[ Post Reply | Private Reply | To 12 | View Replies]
To: snoringbear

I brought up Andrew Fastow, because I see little difference between such sweetheart deals (maybe somebody can explain this to me.) At least, Fastow worked for his. Somebody else's money up for grabs!

makes me wonder what sort of foreign "investments" Clinton is "advising" the funds to get into...few things are more dangerous than money in the hands of fools, traitors, and marxists (redundant for effect).

In 1986, he co-founded The Yucaipa Companies, a private investment firm. Thanks in part to Michael Milken's junk bonds, he was able to start buying supermarket chains such as Food 4 Less, Fred Meyer and Ralph's. He converted Ralph's into one of the most popular grocery stores in Southern California. In 1998, he sold his holdings to the Kroger Company, making billions in the deal. In 2000, according to The New York Times, he attempted to repay Mr. Milken for his early help by lobbying President Clinton to grant Mr. Milken a pardon. His efforts were unsuccessful.

A Democratic stalwart, Burkle loaned two of his six houses to Sen. John Kerry last spring for star-packed fund-raisers, and Bill Clinton sits on the board of Burkle's Yucaipa Co. Among his other buddies are Michael Jackson, Jesse Jackson and Bono.


The Burkles' adult daughter, Carrie Anne, says in an affidavit that her father has security video of Janet and Allen having sex.