JAKARTA – Indonesian Muslims have reacted in fury over the planned debut of a local edition of raunchy magazine Playboy, fueling growing debate on pornography in the world's most populous Muslim nation.

"Indonesia is not Europe or America, whose culture and reaction towards nudity are totally different than ours," he maintained.

Ponti Carrolus, director of PT Velvet Silver Media which holds the Indonesian license from the US-based magazine, vowed on Friday to go ahead with the launch of the local version of Playboy despite growing protests.

"Pornography, regardless of how it is being disguised, will only corrupt youth morals and bring catastrophes such as a rise in rape and sexual harassment," Muzadi warned.

Indonesia is the most populous Muslim state with a population of 220 million, 80% of them are Muslims.

Founded in 1953, Playboy has about 20 local editions around the world that cater to local taste rather than simply exporting and translating its US content.

Irfan Awwas, the chairman of the Indonesian Mujahedin Council, echoed a similar warning.

"It will be disastrous for Indonesia," he told AFP.

"The publication of Playboy as we know it will further destroy the nation's morality."

Muzadi, whose organization claims more than 40 million members, urged the Indonesian authorities to revoke the license for Playboy and other raunchy magazines in the country.

"Legalizing Playboy to circulate in Indonesia is tantamount to legalizing pornography, which is already pretty much uncontrollable due to the circulation of pirated DVDs and VCDs and the Internet," he said.

In recent years, lifestyle magazines have flooded Indonesia's markets, including those targeting a male audience.

Many are franchises of foreign publications in the United States, Europe, Australia and more liberal Asian nations.

FHM Indonesia, Sexy, Marta and Popular are but some of the more daring men's magazines on sale along Jakarta's busy streets.

Many of these titles hit the streets after the wave of liberalization that swept through Indonesia in 1999 after the fall of Suharto.

Leo Batubara, a senior member of the Indonesian Press Council, said critics should reserve judgment until they see how Playboy fits into "Indonesia's modern and acceptable social norms."

His fellow council member R.H. Siregar was also in favor of the magazine's publication, saying it would be unfair to ban it.

He urged the publisher to "consult religious groups and explain their format and intention."

The ongoing debate on Playboy comes as Indonesian lawmakers prepare to pass a wide-ranging law on pornography.

One of article in the bill stipulates jail terms of up to seven years for "acts and publication of acts deemed indecent or sexually arousing."

Another legislates a similar jail term for people caught kissing in public or dancing in "arousing movements."

Batubara said that the council, which has no legal power to revoke licenses but is often consulted by the parliament to discuss media-related issues, will try to persuade lawmakers not to include the two articles.

"Lawmakers cannot seem to make up their mind on how to categorize movies, publications and even our 'dangdut' shows, which do not show full-frontal nudity but reveal women posing and acting in semi-erotic fashion," he said.

Batubara charged that many lawmakers have no real understanding and knowledge of what is pornography.

"They just want to issue a law but they do not want to give a damn about its impact on our socially and culturally complex society."

He said the state body was still arguing with MPs over an "acceptable Indonesian media standard of what is deemed to be morally accepted and what is not."

The Indonesians have a lot of nerve complaining, since it's their country which gave us Laura "Black Emanuelle" Gemser.

Nudity is the least of Indonesia's worries.

"It will be disastrous for Indonesia," he told AFP.

No, islam is disasterous for Indonesia. Besides, Indonesia has one of the highest population explosions on the planet. That ain't happenin' because of Playboy.

These reactions from the heart of child sex and child slavery? I believe in freedom of speech, but Irfan Awwas is absolutely correct. Playboy magazine had exactly that effect on the United States.

I think they are within their rights protesting Playboy. They should boycott the magazine and all who are affiliated with it in Indonesia as boycott is the most pure form of free speech. 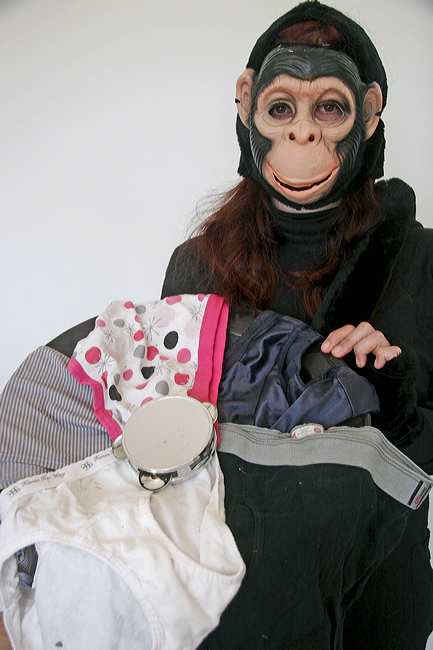 I understand. In a culture that mutilates their women's genitals to keep them from having pleasure, kills female family members to keep the family 'honor', buggers little boys and kills members of other religions, there is simply no place for semi-revealing photos of beautiful nude women. /s

13 posted on 01/22/2006 9:14:05 AM PST by Looking4Truth (It ain't the race, it's the culture!)
[ Post Reply | Private Reply | To 1 | View Replies]
To: Savage Beast
I believe in freedom of speech, but Irfan Awwas is absolutely correct. Playboy magazine had exactly that effect on the United States.

I suggest the point is that islam's attempt to remove temptation from life creates repression in society. If islam instead taught the concept of overcoming temptation, it would encourage its adherents to assume responsibility for their actions and to develop the strength of character needed to overcome temptation.

Islam's dysfunctional system of blaming the temptation for evil is ultimately responsible for the concept of honor killings of rape victims and many other vile customs.

14 posted on 01/22/2006 9:16:17 AM PST by Dark Skies ("A lie gets halfway around the world before the truth has a chance to get its pants." -- Churchill)
[ Post Reply | Private Reply | To 9 | View Replies]
To: Dark Skies
Pornography, regardless of how it is being disguised, will only corrupt youth morals and bring catastrophes such as a rise in rape and sexual harassment," Muzadi warned. Yes; it would just terrible if more defiled young women had to be murdered because they were raped by moral men who clearly had no choice. < /sarcasm >
15 posted on 01/22/2006 9:18:32 AM PST by sweetliberty (Stupidity should make you sterile.)
[ Post Reply | Private Reply | To 1 | View Replies]
To: DogBarkTree
Here's Miss February. 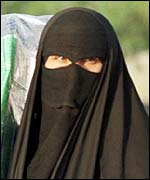 The real problem is our women are very hairy and we do not wish to see them in the light of day.