To: Right Wing Professor
"Intelligent design is just the Logos theology of John's Gospel restated in the idiom of information theory," William Dembski, one of the movement's chief proponents, said in a 1999 interview in Touchstone, a Christian magazine that Forrest cited in her testimony."

Hoist by his own petard! Game, set, and match!

Dembski has three problems. Big ego, bigger mouth, but only a small-to-middling brain. 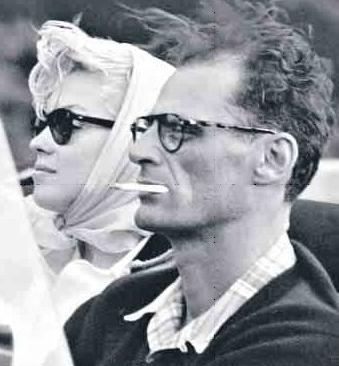 "But it really isn't religion" placemarker.

"Intelligent design is just the Logos theology of John's Gospel restated in the idiom of information theory," William Dembski, one of the movement's chief proponents, said in a 1999 interview in Touchstone, a Christian magazine that Forrest cited in her testimony."

It was only a matter of time before the truth came out. Those of us who follow the creation-evolution debate closely have known about the Wedge document for years, but it is always nice to see ID's most visible proponents admitting the religious core of ID in their own words.

Even beyond the now obvious theocratic agenda of ID, there is also the basic problem that ID cannot work as science. Science is based on naturalistic explanations, and by definition ID assumes that NO natural explanation for the origin and complexity of life could ever be accepted. Dembski writes:

Intelligent design regards intelligence as an irreducible feature of reality. Consequently it regards any attempt to subsume intelligent agency under natural causes as fundamentally misguided and regards the natural laws that characterize natural causes as fundamentally incomplete. This is not to deny derived intentionality, in which artifacts, though functioning according to natural laws and operating by natural causes, nonetheless accomplish the aims of their designers and thus exhibit design. Yet whenever anything exhibits design in this way, the chain of natural causes leading up to it is incomplete and must presuppose the activity of a designing intelligence.

In other words, according to Dembski, ID in the science classroom (or science journal) would require that any part of the natural world deemed to exhibit design must have a supernatural explanation.

That would mean that teachers would be required to teach supernaturalism, and supernaturalism only, in science classes. (That is, their lessons would be incomplete until they brought in the supernatural explanation.) Not only in biology, but also in physics and chemistry, since IDers have also claimed that chemistry and physics (invoking what are called fine-tuning arguments) support their intelligent design argument, too.

Dembski's quotation about John's Gospel merely makes clear just who the supernatural agent is required to be, and exposes the real theocratic mission behind ID.