Not long ago, with the passing of Robert Stanfield, who had been the leader of the Conservative Party during the Trudeau era, many astute commentators remarked that he was the best prime minister we never had.

He never became prime minister because even though he was staid, intelligent, honest and forthright, he had a huge disadvantage: he lacked flashiness. He actually fumbled a football during a photo op. Worse yet, he was a Conservative.

So the press, who were swooning over Pierre Trudeau at the time, trashed or otherwise ignored this fine fellow and the rest is history — much of it bad.

Fast forward past the years of Trudeau deficits and government empire building.

Brian Mulroney finally brought the Conservatives into government. Faced with a huge debt and sky high interest rates, his government had its challenges. But in spite of gutsy efforts, such as bringing on free trade, the press loved to hate Mulroney.

The Liberal “rat pack” in opposition was given free reign by the media to trash every effort to reduce deficits and when some minor scandals surfaced in Quebec, our Canadian journalists worked overtime to ridicule and condemn the prime minister and his party.

Their tirades worked. After two terms in office, the Conservatives were toasted.

As Jean Chrétien formed a Liberal majority with 37 per cent of the popular vote, we experienced an about face by our press corps.

Suddenly, the governing party could do no wrong. In spite of ineptitude, scandals and pathetic policy reversals, the Chrétien government got a free ride.

The Official Opposition, on the other hand, was reduced to a non-existent status by our diligent media.

Their crime? Not only were they conservatives (now called Reform), they were Westerners, led by a staid, intelligent, honest, and forthright person.

As a result, their opinions and ideas rated no coverage and no debate.

Acknowledging that they were having no impact, conservatives re-united under the Alliance banner, vowing to fight Liberal corruption and mismanagement made evident in the $1-billion HRDC mess.

They even elected a flamboyant leader to please those pundits who disdained our staid conservative image.

A snap premature election, called by the fair-minded Mr. Chrétien, caught the new party and leader barely prepared. Worse yet, they were forced to defend against smears and red herrings the Liberals manufactured and the press happily parroted.

Simultaneously, no one called the government to account for its dismal record. As the election concluded, conservatives paid the price once again.

With frustration setting in, the fractious Alliance was given no chance to establish its credibility. The press opined that only a truly united Conservative party — led by a strong, intelligent, and bilingual leader — would deserve the attention and respect that was otherwise lacking.

Then we would have an “effective opposition” and a government in waiting.

So here we are today. Stephen Harper — a bilingual, relatively young, intelligent family man who is trained in economics and a student of government policy — leads a united Conservative Party of Canada.

His party held a successful policy convention in March, which clarified a host of policy positions that are sound and clearly distinctive from the Liberals.

Not surprisingly, the media totally ignored the convention and the resulting policies. They did, however, make inordinate efforts to paint the event with imagined dissension that did not exist.

In Parliament, Harper and his team have tried to be a truly effective Official Opposition, with Harper himself having given numerous and spirited commentaries inside and outside the House of Commons on a broad range of difficult issues.

Show me one media story featuring Mr. Harper, his real opinions or the policies of his party. You will find none.

When his party is doing its job in Parliament, it is described as obstructionist.

If the Bloc takes a similar position to the Conservatives, it means Harper is in bed with the separatists. If the party tries to cooperate on the budget, they are no better than the Liberals. If they disagree with the Liberals, they are out of touch with Canadian values.

If the Conservatives are livid at Liberal waste and mismanagement, they are angry old men (even though they have the caucus with more young people, women, and minorities than any other).

Mr. Harper is told to stop being so serious and become a grinning gladhander.

But wait — if he did that he would be a huge hypocrite for pretending to be what he is not.

It seems everything is wrong about Stephen Harper, even though in reality most things are right. It is a Robert Stanfield situation all over again

. As Stanfield once said: “If I learned to walk on water, the press would complain that I couldn’t swim!”

One need only observe how the Conservatives, in opposition, come under more fire and criticism from the media than does the governing party, which is actually making the mess of things.

The logical result is the illogical polls that show the Liberals hanging on (in the East, at least) and proof that the CBC, Toronto Star, and Globe and Mail have yet again succeeded in propping up a tired, corrupt and useless government.

Their mantra: voters must avoid at all costs any type of conservative government that, by some vague definition, is naturally “scary.”

The scary thing is that Canadians allow themselves to be bought off with their own tax dollars.

It is scary that gay marriage trumps good government in the minds of some. It is scary that tens of billions of dollars belonging to Canadians can be utterly wasted on worthless pork barrel projects, Liberal Party kickbacks, corporate subsidies and gifts to special interests that tow the party line.

It is why opposition parties and democratic systems of government exist. But such discussions are rare indeed when it comes to the priorities of most of our Canadian journalists.

After all, if it isn’t Liberal or NDP policy, it simply isn’t Canadian.

Now, to add insult to injury, the Liberals have embarked Belinda Stronach (of all people) on a million-dollar mission to find out why people — young people in particular — are turned off by politics.

The reason is simple — our Eastern-based, social engineering, self-serving, big spending, overtaxing and corrupt Governing-Party-For-Life need only look in the mirror.
TOPICS: Canada; Constitution/Conservatism; Culture/Society; Foreign Affairs; Government; News/Current Events; Politics/Elections
KEYWORDS: conservatives; harper; liberal; media
How true this is of Canadian politics -- virtually a mirror image of the way the media in the US treats Republicans....or any other party other than the Democrats....
1 posted on 08/05/2005 5:29:51 PM PDT by ConservativeStLouisGuy
[ Post Reply | Private Reply | View Replies]
To: ConservativeStLouisGuy
Who would YOU rather trust?....This upstanding Conservative Party leader (Harper).... 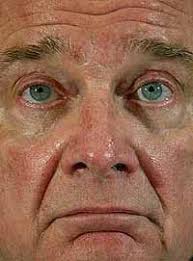