Sharon: Iran must be pressured

"Actions are being taken, but I don' t think the pressure is enough," Sharon said.

Sharon said there needs to be increased supervision of Iran, and that the issue should be brought to the United Nations Security Council.

Israel, Sharon said, is not leading the campaign against Iran, but "is taking its own measures to defend itself..." He did not elaborate.

Sharon said that if the international community wants to keep Iran from obtaining nuclear weapons, and it is still possible to stop them, "they [Iran] will need to be taken to the Security Council" for sanctions.

Sharon said "there is no doubt" that Iran is trying to obtain nuclear weapons. "That is their intention, and they are doing it by deception and subterfuge, using this cover or that. This is completely clear."

"I don't see that the [international] activity against them is enough to stop them from obtaining nuclear weapons," Sharon said. "And that is a very big danger, especially since they succeeded in developing a rocket, the Shihab-3, that has a range of 1,300 km. and puts Israel in its range. They are working on a missile with a range of 2,500 km. This is a country that calls for the destruction of Israel – the moderates call for the destruction of Israel and the Jewish people – and they are doing everything to get weapons of mass destruction."

Foreign Minister Silvan Shalom warned Tuesday that Iran would exploit the period before the next US president takes office to forge ahead with the development of its nuclear capabilities. Shalom, who was speaking to the Knesset Foreign Affairs and Defense Committee, said Iran is "not afraid" of US moves against it because it does not believe any steps will be taken during the election campaign.

I say the Great Russian Army and the Great American Army have a 60th reunion 25 April 2005 in downtown Tehran!

A nice sentiment, but only possible if the Russians get paid in advance for the reactors, or (better) decide money isn't everything.

Israel, Sharon said, is not leading the campaign against Iran, but "is taking its own measures to defend itself..." He did not elaborate. 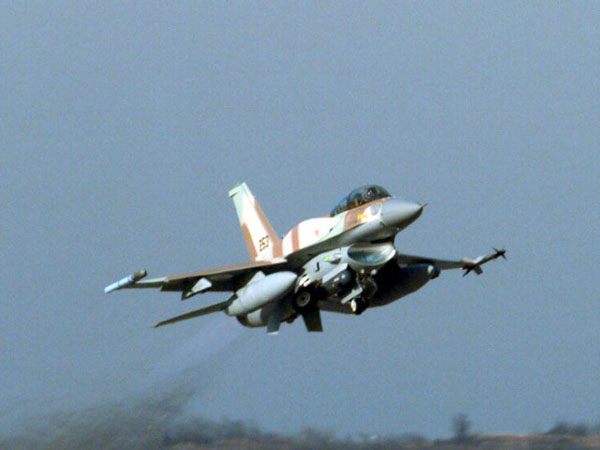 The `Clash of Civilizations' and the War on Iraq If Saddam is removed, what happens next? March 4, 2003

The following remarks are by Robert F. Ellsworth, a former U.S. ambassador to NATO and deputy Secretary of Defense under President Nixon. He is chairman and founding partner of Hamilton Apex Technology Ventures, LP. He serves on the boards of the Richard Nixon Library & Birthplace Foundation and the Nixon Center. He spoke at St. Peter's Episcopal Church in Del Mar, California on March 2, 2003.

"In addition to the current nuclear states (the United States, Britain, France, Russia, China, Israel, India and Pakistan), the CIA now reports that the "desire for nuclear weapons is on the upsurge" among small countries. This confronts the world with a new nuclear arms race that at best will require a high-intensity anti-proliferation effort, and at worst could lead to one or more regional nuclear exchanges. I cannot foresee a resolution of the clash of civilizations by 2010, but it seems clear that any spiritually equitable future will require a constructive, realistic dialogue among civilizations, not the imposition of values.

President Mohammad Khatami of Iran called for such a "dialogue among civilizations" in a remarkable address in November 2001, at the Cathedral of St. John the Divine in New York City. ..."