Competence is that any pro-life Republican running against an incumbent Democrat in a senate race should expect the “abortion in cases of rape and incest” question to be asked just as anyone taking a driving test should be expected to be asked to make a left turn.

So said candidate should have long before then have a answer to that question prepared that is 1) pro-life 2)articulate and well thought out and 3) persuasive.

The fact this guy didn’t tells me he’s never ran a real campaign(i.e. one not in a heavily Republican district), and isn’t ready for prime time.

He didn’t get caught on some obscure gotcha topic, he failed to be prepared for most obvious and cliched trap in the book.

Incompetence is the only appropriate description of his lack of preparedness.

Talent lost to McCaskill in ‘06. Methinks we need a woman candidate after this Akin fiasco. Steelman/Wagner would be my picks.

False. It happens in 5% of rape cases.

Agree it was unwise of Akin to say.

But "moronic, untrue, and idiotic"? No. You're wrong there.

Rape today seems to have meanings it lacked 50, even 25, years ago. Sometimes it’s semi-consensual (”date rape” covers everything from forced or violent to “hey, I’m not in the mood”). But if rape is violent or forced, the chances of its resulting in pregnancy are practically nonexistent. That’s no old wives’ tale. Of course, making that fact public is the last thing NARAL will allow. In attempting to reduce the number of abortions, Conservatives have compromised on rape and incest when at least in the case of the former no compromise was necessary.

Claimed rapes or court-prosecuted rapes. There’s a huge difference. And where did the 5% figure come from—NARAL?

So he was merely trying to articulate a concept?

What other interesting “concepts” has he not yet “articulated” that may be of interest to his potential constituents?

Yes, he was indeed.

And the word "trying" is important.

Glad that I somehow played a role in giving you you the giggles over this dead-serious topic.

It’s odd then that the subject never materialized in any previous campaigns, whether or not he ran in Republican districts. Obviously, if the Republicans in his district had the “intelligence” of those supporting the national GOP, they’d have come up with the same question or vetted him more thoroughly. The fact is, they didn’t.

Like a driver’s test, more than one question decides the outcome. THIS is a reason to throw him to the wolves?

"... if it’s a legitimate rape, the female body has ways to try to shut that whole thing down.”

So Mr. Akin knows that females are capable of certain internal reproductive mechanisms that can self-regulate prenancy, yet these mechanisms remain undiscovered by modern medicine.

Akin currently serves on the House Committee on Science, Space, and Technology.

Let’s see, in spite of everything McCaakill is 11 point behind, now. So, let’s help her out by eating our own. Right. If Akin were a Dim the entire Dim structure and Akin would show their backbone and by election day beat the effects of the gaffe. But, a GOPer, no; the Dims recruit the GOPers to eact their own - and lose.

51 posted on 08/20/2012 5:01:13 PM PDT by Wuli
[ Post Reply | Private Reply | To 29 | View Replies]
To: Mach9
There are 3 points of importance in his statement. First, legitimate rape. This is a term that he used to distinguish real rape from statutory rape and fake rape. He's correct on this. Second, rarity of pregnancy from rape. The only data available put the number at 5%, which one can argue support his claim. The third one is his assessment that woman's body somehow has a built-in mechanism that prevents pregnancy from rape. This is wrong, as the fact that he recognize the rarity means it's not impossible, and the body mechanism argument just doesn't fly.

Beyond the three points above, there is political reality. As a Republican candidate, he unnecessarily dragged the whole election to talk about rape, instead of the economy. Rape is deeply personal and emotional issues, and unlike abortion, the women are the victims here. As such, any mistake like the third point above will be explosive. His mistake will affect not only his own race but also the other races.

Yes, indeed. Great man. His wife was a very nice lady, as well. Another man who never got his due.

53 posted on 08/20/2012 5:04:52 PM PDT by 2ndDivisionVet (You cannot invade the mainland United States. There would be a rifle behind every blade of grass.)
[ Post Reply | Private Reply | To 31 | View Replies]
To: muleskinner
So Mr. Akin knows that females are capable of certain internal reproductive mechanisms that can self-regulate prenancy, yet these mechanisms remain undiscovered by modern medicine.

I must infer from your statement that you, Mr. muleskinner, are an expert on "modern medicine." Care to provide us with your credentials?

Now for a quote from a real expert:

"... one of the most important reasons why a rape victim rarely gets pregnant ... is psychic trauma. Every woman is aware that stress and emotional factors can alter her menstrual cycle. To get pregnant and stay pregnant, a woman’s body must produce a very sophisticated mix of hormones. Hormone production is controlled by a part of the brain which is easily influenced by emotions. There’s no greater emotional trauma that can be experienced by a woman than an assault rape. This can radically upset her possibility of ovulation, fertilization, implantation and even nurturing of a pregnancy."

Thanks for posting those numbers. I have been calling ALL DAY.

I heard this guy on Hannity and he is as thick as a brick.

I really think he thinks he’s entitled to this.

You know, this schmuck could cost us the whole enchilada and Hannity even said that to him and it was pretty clear he just didn’t care.

Here is a link listing the numbers for all the missouri county chairs, one for each district must be female.

I got a hold of one tonight, she’s supporting him. Because “it’s not fair” that the Dims get away with their racist, sexists statements.

Well that’s great, life’s not fair. Grow up and deal with the sad reality of the fallen earth in which we live. The REALITY of it. 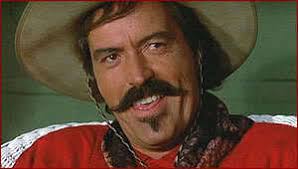 56 posted on 08/20/2012 5:10:51 PM PDT by muleskinner
[ Post Reply | Private Reply | To 50 | View Replies]
To: Taffini
No one expects a so-called “entertainer” like Miss Goldberg to talk sense and are amazed when they occasionally do. We expect more from a United States senator, a person who makes our laws.
57 posted on 08/20/2012 5:14:45 PM PDT by 2ndDivisionVet (You cannot invade the mainland United States. There would be a rifle behind every blade of grass.)
[ Post Reply | Private Reply | To 32 | View Replies]
To: Mach9
>>>Rape today seems to have meanings it lacked 50, even 25, years ago. Sometimes it’s semi-consensual (”date rape” covers everything from forced or violent to “hey, I’m not in the mood”).

As a 25 yr military man...and a 20 year minister of the Gospel...there are a LOT of things that are different from 50 or even 25 years ago. A lot of them are bad...but the definitions of "rape" isn't one of them buddy. My mom was date raped at a teen party back in the 60's. Your kind of stinking thinking wasn't called rape back then...it was called the girl playing hard to get...because you didn't get her drunk enough. Her story to me is why I am a victim advocate with military rape victims. It happens....yet people such as yourself (and I meet them all the time) want to call it something besides what it is.

I've got a daughter. She's 4. Me and my hunting buddies (her two brothers) would call that rape today. No...not everything is as great as it was in the good old days. I'm glad my black friends can drink at the same fountain as me here in Texas...and I'm glad some perv would go to jail today for raping my mom...instead of being the BMOC.

If you’re in a heavily Republican district with strong pro-life constituents, then of course such a question would never come up, because there is no gotcha there. The voters already agree with you.

Running for senate in a swing state is a completely different matter, and he clearly is not prepared if he flopped this badly this early.

Yes, this is a reason to throw him overboard. Because he’s a terrible candidate and the only silverlining right now is that we found out while there is still time for a replacement. Better now than over the next 3 month.

I find that hard to believe. I’ve been to several pro-life rallies where women spoke about being raped and how they brought those pregnancies to term. Yeah, “legitimate” rapes.

I don’t know how anyone can fail to grasp how stupid and offensive what he said was. How much it would/is hurting our side when we have Obama and co. saying the republicans want to have a “war on women”.

Let me quote that French guy: Akin missed a good opportunity to shut up.

His remarks are indefensible. Other indefensible remarks made by other people are not relevant.

I don’t care who supports him, the probability is he’ll cost us that seat, a seat that was supposed to be a lock for us. That might cost us the senate.

He gave fodder to the enemy and the damage he does might be incalculable.