It is with deep sadness I report that Rotolab’s relentless efforts to pursue the whereabouts of our suddenly-missing Janice the American Elder has confirmed our worst fears. Just 67 years old, she shuffled off this mortal coil on June 7th to rejoin Mr. Elder, her soulmate and missing half, who preceded her by less than a year.

It seems like only yesterday that we spent the better part of two weeks making sure that Janice, a self acknowledged fashion agnostic, was properly outfitted and accessorized for an awards ceremony she was being honored at by her employer, Los Alamos National Lab. (I’m sure she sent me a picture of the final ensemble but to my distress I cannot locate it.)

Likewise, it wasn’t so long ago that we grieved with Janice when her dear Mr. Elder was diagnosed with stage 5 cancer and suffered along with her as it took its toll; and how we sat shiva with her after he passed.

And it was just yesterday that we all attended her virtual retirement party at the MOTUS Twilight Nocturne Lounge. 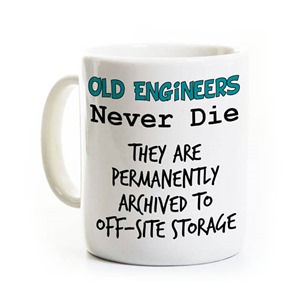 I’ve known Janice by many different handles over the years, pre-Disqus and even pre-Echo, and while I don’t recall the exact date that she first showed up I do recall one of her earliest appearances. I had just acknowledged that one of my not-so-nice reflections of Lady M was likely to land me in Hell. Janice offered the comforting thought that she would be there right alongside me and that since she was an engineer she would see to it that the air conditioners would always be functioning. I think at that point she was just “Janice the Engineer” who later progressed to Janice the Elder and ultimately - following Trump’s victory, whom she supported and defended resolutely from the start despite much blowback both here and at American Thinker –  to “Janice the American Elder.” Somewhere along the way her icon “I work for the users” was also part of her moniker.

I will miss Janice for so many reasons I cannot even begin to enumerate but among them was her reliable chastisement of anyone who broke the MOTUS “no simian references” rule during the Obama reign of terror. Always accompanied, of course, by this insouciant monkey face: 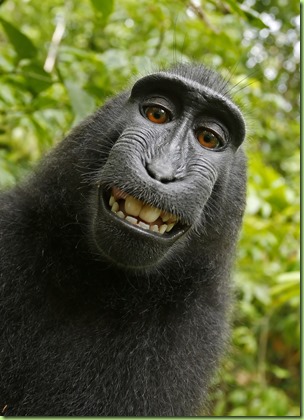 One suspected that Janice’s compliance with life’s other rules was equally subversive.

I could go on and on, but I will wrap with this Letter to the Editor that Janice sent to the Los Alamos Daily Post regarding, I surmise, a poll on what Los Alamos’ official city slogan should be. She weighs in with “iGlow” which is classic JtAE:

This is probably too late for your poll. CB Fox has T-shirts with "iGLOW" printed on them. Since I saw those, a few years ago, I felt that that succinctly characterized Los Alamos.

It illustrates our dual heritage of atomic dealings, as well as the overabundance of geeks and nerds that populate our little town. Plus, the T-shirts are sold at one of our heritage stores (CB Fox having been here nearly forever), and the slogan was invented by one of the employees. To coin a phrase: This isn't rocket-science, guys.

Nobody from outside of Los Alamos is going to have a clue about who and what we are, or even why a lot of people resent someone from outside (no matter what their credentials) trying to encapsulate our essence.

We are Los Alamos, The Secret City, The City On The Hill ... weGLOW.

And finally, one of the Great Janice the American Elder’s last comments:

Au contraire, dear Janice, you were basically a very, very nice person. And you will be so missed.

I did not know who she was, but I loved her post on marshmallows...spot on!

If one can imagine an evil grin from an online entity one has never met, I can do that with her, and furthermore, it sounds like she would like that.

Whoever you were, Janice the American Elder, may you RIP.

“I drink. I know things and I’m basically not a very nice person.”

I wish I could have known her

Janice sounds like quite the character. What a nice tribute