GREENFIELD: A DAY THAT WILL LIVE FOREVER IN INFAMY
The Sultan Knish blog ^ | December 7, 2016 | Daniel Greenfield

A Date That Will Live Forever in Infamy 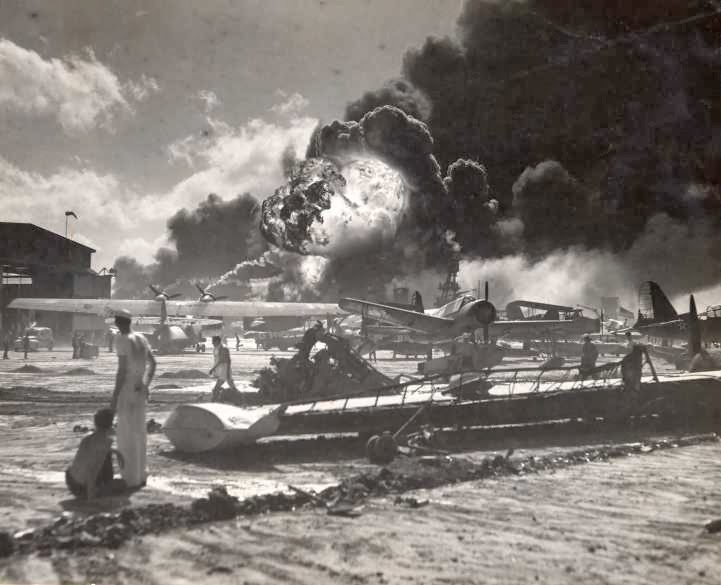 A day after planes passed over their peaceful village on the way to attack the Naval Station at Pearl Harbor, local fishermen are still picking up the pieces.

"I don't know what any of this is about," a man who would only give his name as Paji said, holding the remains of a net which he had used to earn a living. "All I know is that the killing has to stop."

In Washington, government officials urged the public to stay calm and not to jump to any conclusions warning that such reactions might play into the hands of the militant extremists responsible for the attack.

Early copies of President Roosevelt's upcoming speech to Congress likewise warn the American public of the dangers of overreaction.

"We are not at war with Japan," it says. "We are at war with a tiny handful of extremists who are attempting to drag the Japanese people into a conflict. But we must keep a cool head and not allow them to win by provoking a war. We will defeat this enemy, but we will do it by not fighting them."

A profile has emerged of at least one of these attackers. Hideki Nakamura, a graduate of Harvard and a talented oboe player, was shot down and captured. Nothing in his background, which included playing for the Harvard squash team, would have caused anyone to conclude that he was capable of such a thing.

KATANA, a local civil rights organization partly funded by Japan's war propaganda office, has warned that American foreign policy is responsible for the radicalization of such young men like Nakamura.

"What made this man hate America so much that he wanted to bomb it?" a spokeswoman for KATANA asked. "How did America fail him? And how can we win him back?"

Nakamura's guards have said that the pilot is soft-spoken and has pleasant manners, but that he becomes vocally exercised over the American embargo of Japan and the refusal of many universities to install rice paper doors in dormitories.

"Detaining Nakamura only inspires others to imitate him," KATANA said, suggesting that he instead be released back to Japan where the government is running an anti-extremism program at the Strategic Institute of War that claims to be able to deprogram extremists with a 97% success rate. 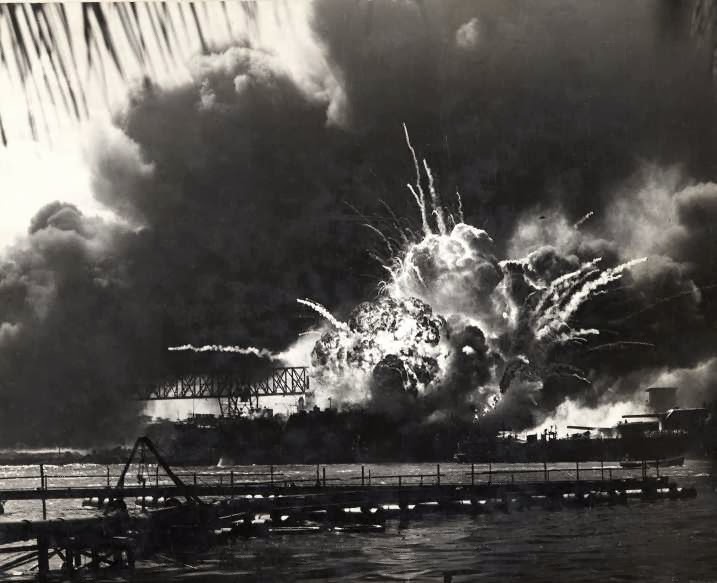 Unfortunately the program, dubbed KAMIKAZE, is unable to accommodate all potential extremists without additional foreign aid funding from the United States government.

"It's cheap for us to spend 3 million dollars fighting Japanese extremism by funding Kamikaze instead of spending 30 million on national defense," Senator Earl Hawkins said. "Studies show that one of the leading causes of anti-American sentiments is unemployment. KAMIKAZE is tackling that."

Foreign policy experts at the Center for American Progress warned that the so-called Pearl Harbor event was the product of decades of American expansionism.

"It's easy for the flag-waving jingoist in the stockyards to rave about the Japs, but this attack did not occur in a vacuum," Lester Gore-Vinton said. "Look at Commodore Perry's globalization venture and the Philippines War and our ill-advised intervention in the Russian Revolution. This is blowback."

At impromptu peace rallies in New York City's Union Square and San Francisco's Union Square, speakers called for the government to explore all options for peace. Many pointed out that more Americans die every year of shingles than were killed at Pearl Harbor.

"The United States is allied with Great Britain. We have been aiding the Western occupation of Asia," Earl Gorber of Working People Want Peace and a Living Wage Now said. "The only amazing thing is that it took this long to happen. As long as the United States continues propping up the reactionary imperialists of Great Britain against the progressive movements of the German and Japanese vanguard of the working class, attacks like these will come again and again."

Some were skeptical that Japan had even been behind the attack.

"Anyone can paint insignia on a plane and drop some smoke bombs. That's all we've seen on these photos," Martha Gabbitz exclaimed. "There hasn't even been a declaration of war.  We don't have a single piece of undeniable proof that there was even an attack. All it takes is a week in a photo lab and the government can produce a picture of anything."

Meanwhile at Shinto temples in Los Angeles, the mood was fearful and subdued. Worshipers refused to give their names worried about the consequences to their families.

"This is madness," an older gentleman studying detailed charts of the California coastline said. "One day you're an All-American entrepreneur studying submarine trade routes to America and the next day everyone is glaring at you no matter how many American flags you stick on your aerial poison gas balloon."

In San Francisco, the 109-year-old Rev. Francis Wheatley-Simpson, famous for protesting every war, including the Civil War, had already declared a hunger strike, even though no American forces were engaged in fighting. 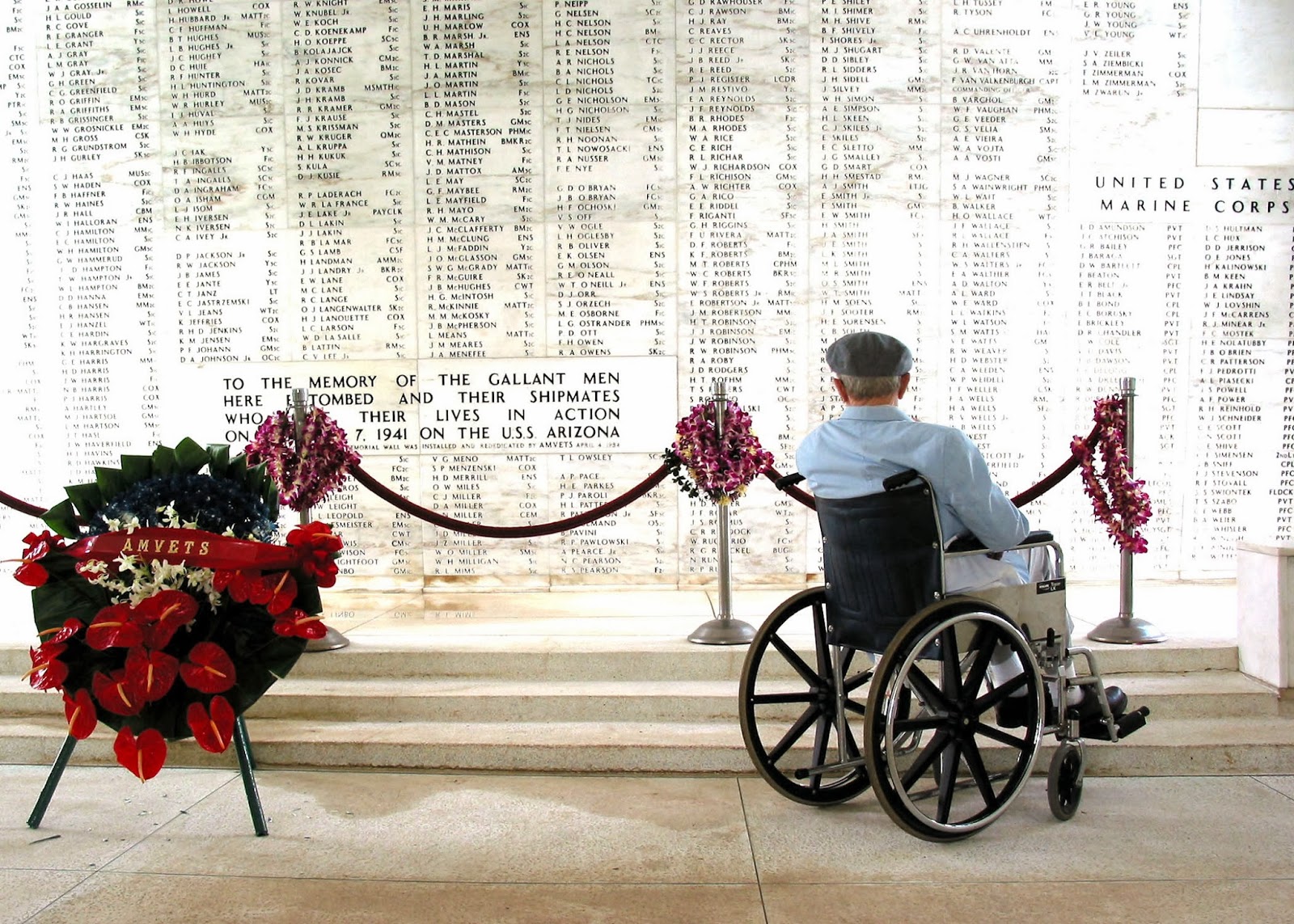 "War is never the answer," Wheatley-Simpson said, as he had said about WW1, the Spanish-
American War, the Civil War and the French and Indian War. "Love is the answer. Violence never solves anything. America was not built on war. It will not survive through war."

"It doesn't matter what Japan did. There will be war," predicted Mason Johnson, author of War is a Farce That Forces Us to Fear. "We love war. We are obsessed with war. That's why we have a society with such rampant criminality. Our idea of masculinity is to use force on everything. Even our national symbols represent violation and patriarchy. If it isn't Japan, it will be someone else."

Meanwhile on a Topeka street, Barnard Stevenson, an 18-year-old lad blinked in confusion when asked about Pearl Harbor. He likewise could not name Hitler or Mussolini and had no idea where Europe was. He was however able to name the stars of Rocket Assault, the latest big film in which a dashing reporter must team up with the enemy to stop his own government from provoking a war with a false flag attack.

"Is this anything kind of like that?" he wondered when the Pearl Harbor attack was explained to him.
TOPICS: Government; History; Politics
KEYWORDS: greenfield; hawaii; pearlharbor; sultanknish; ww2; wwii

That one deserves an “Exploding Head Alert” for libs. Greenfield has taken the rhetorical concept of “reductio ad absurdum” to an entirely new level.

4 posted on 12/08/2016 7:01:20 AM PST by T-Bird45 (It feels like the seventies, and it shouldn't.)
[ Post Reply | Private Reply | To 3 | View Replies]
To: Louis Foxwell; Liz; Mr. K; MrB; stephenjohnbanker; sickoflibs
"We are not at war with Japan," it says. "We are at war with a tiny handful of extremists who are attempting to drag the Japanese people into a conflict. But we must keep a cool head and not allow them to win by provoking a war. We will defeat this enemy, but we will do it by not fighting them."

Win by losing...what a concept !

Daniel nails the duplicity and PC mindlessness of the media in this article.

I could hardly read it, because it made me SO angry.

Awesome. Only thing left out was the environmental angle. How would a potential war between Japan and America affect Global Warming ? Or how could we possibly sink Japanese ships without any futher degradation to the global environment ?