Posted by Daniel Greenfield
Russia and the West are fighting to decide whether Syria will be run by Sunni Islamists backed by Saudi Arabia or Shiite Islamists backed by Iran. This insane civil war has burned up countless lives, not to mention plenty of dollars, rubles, euros and pounds. The only certain winners of this war, once the dust has settled, will chant “Allahu Akbar” and call for the death of the infidels.

Sadly this is nothing new. Russia got the PLO started before Bill Clinton decided to become its sugar daddy. Smuggling weapons to the Mujahedeen to fight the Russians got us into Afghanistan. Except these days it’s the Russians who, through the Iranians, are funneling weapons to the locals to fight us. Between us and the Russians, we’ve put wagonloads of weapons into the hands of Jihadis in Iraq and Syria. The consequences will be felt in Moscow, New York, London and Paris.

The West and the Warsaw Pact countries used to fuel foreign wars. These days the war is at home.

Russia and the NATO countries suffer from low birth rates and rising Muslim demographics, but are in a senseless competition to determine which emergent Caliphate will be able to draw its borders in territories it can’t populate. It’s a battle over a pittance taking place in a burning building.

Moscow has around 2 million Muslims. London has over 1 million. Both sides are at risk of losing their own capital cities to real invasions. The EU and Putin’s Eurasian dreams are both built on the Roman notion that the barbarians can be integrated and will make good foot soldiers and laborers.

France’s President Hollande has called for the creation of an “Islam of France”. Putin suggests that the Russian Orthodox Church has more in common with Islam than Catholicism. Obama preaches that, “Islam has always been part of America”. But such efforts at integration will always fail.

There is a long history of Europeans using Islamic raiders and invaders as weapons against each other. Most of us know that our first international conflict was the First Barbary War against Muslim slavers and pirates. But it was the British who found it useful to use the Barbary pirates to clear rivals from the water. Louis XIV of France played a similar role in the Battle of Vienna. For that matter the Muslim conquest of the Middle East heavily depended on their exploitation of Christian rivalries.

Our modern malaise is simply a failure to learn anything useful from history.

The Cold War has become reborn as a strange farce in which two failing power blocs are fighting an old war that no longer has any purpose or meaning. Russia has reinvented its brand, but not its ambitions. Its clumsy alliance with Iran will fall apart once the Shiite terror state has gotten what it wanted and boots the Russians out of its backyard. America’s alliance with Saudi Arabia may one day be described by historians as the cause of our downfall.

The West and Russia are reliant on Muslim demographics to power faltering empires whose ideological ends stand in sharp contrast to their Islamic means. Putin claims to want to protect Christendom with an army that is increasingly Muslim. The EU asserts that it is defending secular democracy, but it’s betting its future on a citizenry whose Islamic religion mandates theocratic Sharia jurisprudence.

A Muslim citizenry will not maintain secular democracy. A Muslim army will not protect Christians. The West used to be dependent on Muslim oil. It has since become addicted to the much more dangerous supply of Muslim demographics. Societies with low birth rates are relying on Muslims to make up the gap in manpower and maintain nations that are not expanding or even replacing their own numbers.

Russia and the West can make jets that casually break the sound barrier. What they aren’t doing is making people. European welfare states and Russian expansionism are built on Muslim populations.

But instead of addressing this core civilizational threat, the West and Russia are squandering blood and treasure to decide whether Sunnis or Shiites should dominate Syria. Billions of dollars are being spent to lend an air force, weapons and some measure of ground troops to Iran and the Saudis in their spat.

Russian S-300 missiles now protect Iran’s Fordow nuclear fuel plant. Fordow is located near the Shiite holy city of Qom because Iran’s nuclear plans are inextricably tied to its theology. Last year, Putin offered Iran’s Grand Ayatollah Khamenei a copy of the Koran that had been gifted by Lenin to Uzbekistan. Putin might have done better to keep it and read it before looking at a map of Greater Iran.

The United States has been dragged into several wars by Saudi Arabia. We have spent trillions of dollars defending the Saudis, Kuwaitis, Qataris and their assorted brethren from their enemies while fighting Sunni terror spread by them. The tentacles of Sunni terror now regularly reach deep inside our homeland while we continue defending the homelands of the financiers of Sunni Islamic terror.

Russia and the West are there as pawns of their Islamic allies. Putin and NATO aren’t protecting their influence because the influence goes entirely the other way. The West does not dictate anything to the Saudis nor does Russia get to tell Iran what to do. Instead the old empires are called in when the wannabe caliphates want a power with a big military machine to do their dirty work for them.

Familiar wars and familiar enemies are easier to fight. It is easier to recreate the Cold War as farce than to recognize that a far older war has come around again. Russia and the West are replaying the tragic history of the Byzantine–Sassanid wars whose ultimate victors were the Mohammedan invaders.

The only thing that the wars between the Byzantine Empire and the Persian Empire accomplished was to weaken them enough to allow Islam to conquer both of the proud empires. Both sides courted the Arab tribes and made use of them in their conflict with each other. They did not consider the possibility that the prolonged conflict would not end with either a Persian or Byzantine victory, but that the barbarians they had been using as pawns would end up claiming everything. It’s a familiar story replaying today.

Civilizations that fail to learn from history become the object lessons of history. It would be a tragedy if Europe went the way of the Byzantine Empire and a shame if Russia went the way of Persia.

It might be time to rethink what there is to be gained in Syria and lost in the besieged cities of the West.
TOPICS: Government; History; Politics
KEYWORDS: fordow; greateriran; greenfield; koran; missiles; obamasyria; putin; qom; quran; russianmissiles; russiasyria; s300; sams; sultanknish; syrianwar; syriawar

The basic difference is that now the KSA, once one of God's poorest countries, filled with the poorest Bedouin tribes, has the God-given gift of being on top of VAST amounts of petroleum and natural gas...which is ESSENTIAL for us in the West.

It might be time to rethink what there is to be gained in Syria and lost in the besieged cities of the West.

Just why in the hell are we destroying the ME?

Answer: For the War Industry....

Are you on this ping list? You probably are, but if not, you need to be. This para stuck out for me:

Moscow has around 2 million Muslims. London has over 1 million. Both sides are at risk of losing their own capital cities to real invasions. The EU and Putin’s Eurasian dreams are both built on the Roman notion that the barbarians can be integrated and will make good foot soldiers and laborers. 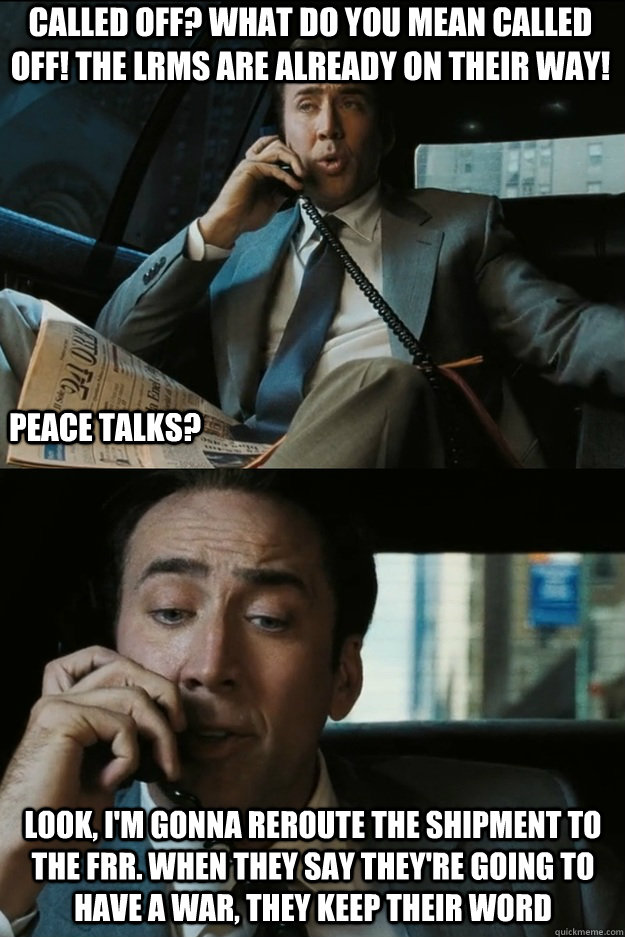 7 posted on 10/27/2016 5:32:12 PM PDT by Vendome (Don't take life so seriously-you won't live through it anyway - "Enjoy Yourself" ala Louis Prima)
[ Post Reply | Private Reply | To 1 | View Replies]
To: Louis Foxwell
Russia and the West are fighting to decide whether Syria will be run by Sunni Islamists backed by Saudi Arabia or Shiite Islamists backed by Iran.

A difference is if Assad an Alawite, stays in power, it is a better outcome for the Christians, as the Alawite Govt. has protected minorities in Syria.

If the Alawites are deposed by the Shiites or Sunnis the Christians and other minorities will be mistreated.

Spare me the Alawites are Shiites stuff.
If you look at the Alawite religion, they are at best Muslim heretics and will be punished by the Sunnis and Shiites.

Minorities in Syria should hope the Alawites (Assad) stay in charge. -Tom

I hope they all die, Alawite, Sunni, and Shia.