The sort of people who set off class wars as a hobby have very particular classless societies in mind. The average left-wing revolutionary is not poor. He is a homicidal dilettante from the upper classes with a burning conviction of his own importance that he is unwilling to realize through disciplined labor. His revolution climaxes with a classless society in which he is at the very top.

Not near the top, not adjacent to the top, as he usually was before, but at the very top.

Utopia has a class system. At the top are the thinkers, the philosopher kings who develop plans based on how things ought to be and then turn them over to lesser men to actually implement. They are the priestly class of an ideological movement whose deity is politics and whose priests are politicians.

In a planned economy, they are the titans of industry and finance, they are the heads of banks and the men who move millions and billions around the board, and they are utterly unfit for the job. But they also make decisions in matters of war and science. And in all things. They measure political heresy in all things and all the activities of man are measured against their dogma and rewarded or punished.

This is the way it was in the Soviet Union or Communist China. But take a closer glance at the White House and see if you don't spot the occasional similarity.

In the middle of Utopia's class system is the middle class. This is not the middle class you are familiar with. There are no small business owners here. No one striving to make it up the ladder. Utopia's middle class is the bureaucracy, the interlinked hive mind of government and non-profits.

Utopia has no lower class. That would be dystopian. Instead it has a client class. The client class is what used to be known as the working class. Utopia however transforms it into the welfare class.

The client class justifies the existence of Utopia's upper and middle class which are, in theory, dedicated to public service, to remedying the ills of an unfair society, which has been made fair by eliminating all free will and individual choice. But the client class exists to be subsidized. And its subsidies justify the subsidizing of the upper and middle classes of the planners and the bureaucrats.

This is Utopia's crisis.

Its upper class of philosopher kings expect to live like kings. They want to vacation in Aspen and New England. They want Bernie's summer home and Hillary's flat broke houses. And that does not come cheap. Utopia's middle class expects to live the way that our middle class does. And yet none of them actually produce anything. They will, in Obama and Elizabeth Warren's "You didn't build that" formula, claim that their public service makes the condition of productivity possible.

There is one problem with that. Their public service actually inhibits production. Whatever the rhetoric, they spend all their days killing the geese that lay the golden eggs. And then they are insulted when the goose doesn't recognize their contribution to her golden egg-laying.

Utopia has a series of interdependent classes that are subsidized by a productive class that is being starved out of existence. The inevitable outcome of such a system is one in which the lower classes are worked to death to subsidize its betters and the middle class is robbed by the upper class.

The left thus creates the predatory economic system it preaches against as a way of life. Its own abuses are inevitably worse than the system it replaces because it is not only exploitative, but its exploitation actively inhibits production. 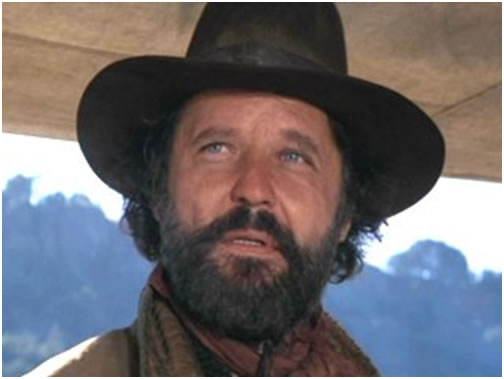 Utopians and leftists in general want to implement Plato’s Republic, with themselves as the Guardians, their hired henchmen as the Warriors, and the rest of us as the Workers.

Conservatives in general want to implement Aristotle’s Politics, sometimes as amended by Locke’s Second Treatise on Civil Government, with a check-and-balance of power between the oligarchy and the citizenry—in other words, a true republic, not a Plato’s Republic.

This is also why Trump is going to win, because for the first time since Reagan we have a standard-bearer who can convince the general populace that he cares about them, and that Hillary doesn’t. The leftists will figure that out some time between now and 2020, and (if they are smart) find a candidate for the next election who exudes caring, as Obama did in 2008, as Bill Clinton did in 1992, as Carter did in 1976.

5 posted on 09/29/2016 8:20:14 AM PDT by chajin ("There is no other name under heaven given among people by which we must be saved." Acts 4:12)
[ Post Reply | Private Reply | To 1 | View Replies]
To: chajin
You beat me to it. Yes, the whole hierarchy with a Philosopher-King atop is straight Republic. It is, as Karl Popper pointed out in The Open Society And Its Enemies, essentially a closed and eventually oppressive society. (I hasten to point out that Popper's "open society" has little or nothing to do with the Soros expropriation of the term).

These things are meritocratic in concept but never turn out that way in practice because the model simply doesn't correspond to actual human behavior. For example, one solves familial tendencies - what father wouldn't want to see his sons succeed? - by eliminating the family altogether after one or another elaborate educational mechanism. And it fails. For another, they tend to insist on optimizing production around what people do (or are perceived to do) best rather than what people actually are happy doing. Marx was a firm opponent of this and his systems in practice turned out to be major proponents of it, because "from each according to his ability" was coercive and not, as Marx hoped, a case of human self-actualization. And for a third example, under his systems the state didn't melt away as it was supposed to, it grew, because running a state turns out to be a prime gig.

These are all fatal signs that these models of a planned society are inadequate to the complexities of human behavior, and that only human vanity insists that still they be implemented. That vanity, as Greenfield points out, is resident in those convinced of their own personal superiority and hence ability to direct their societies at large. Let's look at facts: the ubermenschen turn out to be a dime a dozen and frankly, they aren't all that great.

Bill, I love your last line:

“Let’s look at facts: the ubermenschen turn out to be a dime a dozen and frankly, they aren’t all that great.”

Often, their “will to power” is *because* they failed at works that require discipline, intelligence, and a firm grasp of reality.

Thank you for posting this. He is brilliant, and he is on a roll.

I view Daniel Greenfield, Victor Davis Hanson, Thomas Sowell, and Bill Whittle as the top conservative spokesmen in this time. If Phyllis Schlafly were still alive, she would be there too.