PRISONER EXCHANGE (SUPPOSEDLY from a soldier who was part of the search for Bergdahl)
STORMBRINGER ^ | June 1, 2014 | Stormbringer/Sean Linnane 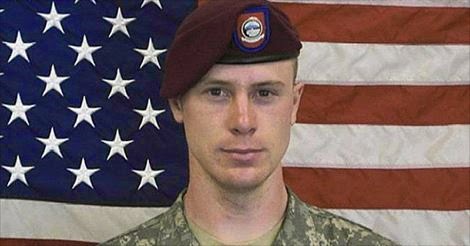 Forwarded from the secret Special Forces unauthorized back channel frequency:

"We were at OP Mest, Paktika Province, Afghanistan. It was a small outpost where B Co 1-501st INF (Airbone) ran operations out of, just an Infantry platoon and ANA counterparts there. The place was an Afghan graveyard.

Bergdahl had been acting a little strange, telling people he wanted to "walk the earth" and kept a little journal talking about how he was meant for better things. No one thought anything about it. He was a little “out there”.

Next morning he's gone. We search everywhere, and can't find him. He left his weapon, his kit, and other sensitive items. He only took some water, a compass and a knife.

We find some Afghan kids shortly after who saw an American walking north asking about where the Taliban are. We get hits on our voice intercepter that Taliban has him, and we were close. We come to realize that the kid deserted his post, snuck out of camp and sought out Taliban… to join them.

We were in a defensive position at OP Mest, where your focus is to keep people out. He knew where the blind spots were to slip out and that's what he did. ,p>It was supposed to be a 4-day mission but turned into several months of active searching. Everyone was spun up to find this guy. News outlets all over the country were putting out false information. It was hard to see, especially when we knew the truth about what happened and we lost good men trying to find him.

Fighting Increased. IEDs and enemy ambushes increased. The Taliban knew that we were looking for him in high numbers and our movements were predictable. Because of Bergdahl, more men were out in danger, and more attacks on friendly camps and positions were conducted while we were out looking for him. His actions impacted the region more than anyone wants to admit.

There is also no way to know what he told the Taliban: Our movements, locations, tactics, weak points on vehicles and other things for the enemy to exploit are just a few possibilities. The Government knows full well that he deserted. It looks bad and is a good propaganda piece for the Taliban. They refuse to acknowledge it. Hell they even promoted him to Sergeant which makes me sick.

I feel for his family who only want their son/brother back. They don’t know the truth, or refuse to acknowledge it as well. What he did affected his family and his whole town back home, who don’t know the truth. Either way what matters is that good men died because of him. He has been lying on all those Taliban videos about everything since his “capture”.

If he ever returns, he should be tried under the UCMJ for being a deserter and judged for what he did. Bergdahl is not a hero, he is not a soldier or an Infantryman. He failed his brothers.

Now, sons and daughters are growing up without their fathers who died for him and he will have to face that truth someday."

June 1, 2014 at 3:39 PM can this account be corroborated? the accounts in the news that he just "wandered off" always seemed dubious, but if the version above is the true story, then this is indeed shameful and he should be tried under UCMJ.

June 1, 2014 at 4:55 PM Yes, it can be verified. Google the Names of the Soldiers he listed as KIA. Their Obituaries are on Military times and their from his Unit, in the Same areas as the search at the beginning of this in 2009 when they were actively searching for this traitor. They died searching for him when he is a deserting traitor. My stomach was sick after I researched this. Now 5 high ranking Taliban Who are even on the traitorous UN's wanted list for war crimes are free to go about their Jihad. Disgusting! 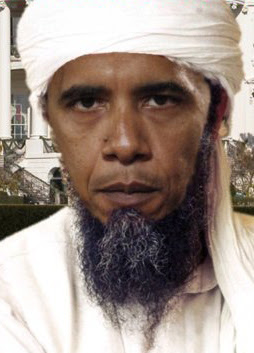 The POS in the WH is one of them. (inbred, pedophile-worshipping misogynist, aka mozlum)

This account should at least trigger a full investigation to find out if it can be verified. If verified the process for court-martial should be initiated.

4 posted on 06/01/2014 12:00:03 PM PDT by jazusamo (Sometimes I think that this is an era when sanity has become controversial: Thomas Sowell)
[ Post Reply | Private Reply | To 1 | View Replies]
To: smoothsailing
News outlets all over the country were putting out false information.

So what's new? They still are carrying Odumbo's water for him.

This is a Win/Win for _resident Obama,
5 of their most dangerous for one of ‘our’ most worthless.
Leading from behind yet again!

What compensation will the families of these heroes get?

I agree. There seems, on the surface at least, to be enough info about specific personnel and the unit involved to at least justify an official inquiry.

What compensation will the families of these heroes get?

Nothing could ever be enough.

I just caught a grainy photo in the NY Times of the father, Robert Bergdahl. He looks like a weird, hippie version of a jihadist. What’s going on here?

I’ve seen another account that basically says the same thing. This guy’s got some explaining to do and if it doesn’t happen, then the Obama administration is threatening him big time.

Susan Rice declared this morning: “he was captured on the battle field”

Is that sarcasm? I didn’t see the morning shows.

Well, Bergdahl’s father is speaking LIVE now, and is making me sick, (God forgive me).

Why is the father using Islamic greetings and talking to his son in Pashto during these news conferences? What’s the connection?

He’s a foul Cindy Sheehan/narcissistic type. My blood pressure is going through the roof. Why is he being allowed to bloviate on national tv? Why isn’t Fox cutting away?

With the reddish hair and beard he looked more like a Duck Dynasty guy to me.