“Politics is downstream from culture. I want to change the cultural narrative.”

Long before most of us begrudgingly acknowledged it, Breitbart knew that in order to change the cultural milieu, conservatives must – to borrow a phrase - be in the world, if not of the world.

He knew that to beat the enemy, we had to infiltrate the enemy’s bunker and operate from inside the tent. That hasn’t happened.

Why is it there are no significant conservative voices in Hollywood? There are two theories. The first is the Hollywood version and it goes like this: “conservatives are simply not suited to the creative arts. They’re too left-brained to be as creative as their far more imaginative right-brained liberal contemporaries.” The implication is that storytelling is the exclusive purview of open-minded, non-judgmental liberals who empathize with the human condition. And by inference that means that story telling falls well outside the scope of close-minded, conservative bigots and oppressors of the poor. Hence, Hollywood’s official verdict: conservative writers and artists either self-select out of the creative industry, or they wash out because they just aren’t good enough.

The conservative take on the situation is understandably quite different (SNIP)

Refuting the Hollywood version is a bit complicated because of the fact that many conservatives and liberals actually do think differently. Conservatives do tend, counter intuitively, to be left-brain dominant which means their fallback thinking process relies on logic and facts. Liberals (especially the Hollywood breed of  “creative” liberals) tend to be right-brain dominant with a fallback thinking process that relies heavily on feelings (intuition) and imagination. 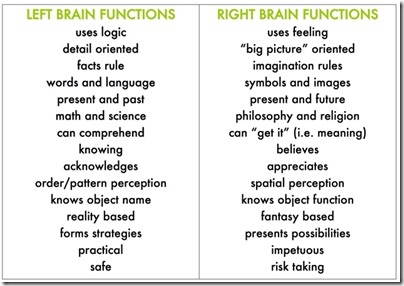 Why is any of this important? Because Hollywood justifies its locked in leftist tilt by perpetuating the lie that conservatives are simply not good at or suited to creative work. In reality really good writers are integrative thinkers who can weave reality into fantasy and back again. A phantasmagorical fantasy is only truly entertaining if it’s also logical. Suspending your disbelief is one thing, suspending the laws of physics is just a cheap trick.  Integrating reality with fantasy is a skill that’s completely ambivalent towards your politics and your brain lobes; all it requires is that you keep your brain well lubed and running on all 12 cylinders.

So let’s lay to rest the premise of Hollywood’s big lie that being conservative means you’re not creative.  Michael Creighton and Isaac Asimov, among many others, negate the premise.

And if being left brained and logical ruled out being likewise imaginative, we would still know nothing of the theory of relativity, E = mc² (h/t Einstein); or that the earth revolves around the sun (h/t Copernicus); nor would we have the rich stories of Crime and Punishment and The Brothers Karamazov (h/t Dostoyevsky) or Atlas Shrugged and The Fountainhead (h/t Ayn Rand) to enjoy. And don’t even get me started on Leonardo da Vinci;  a man blessed with such high-speed inter-cranial connectivity that he could as easily design helicopters as paint masterpieces. 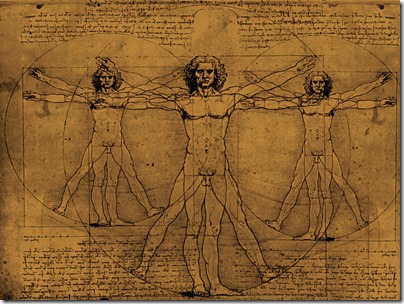 That leaves us with the more likely explanation that the lack of conservative voices in the entertainment business – all the way from the executive offices to the news readers – is due to discrimination: something that open-minded Hollywood reserves exclusively for right wingers.

What will it take for the right to claim a seat at this table; to get a crack at changing the cultural narrative? The left is unlikely to abandon its conceit that conservatives are at best “missing part of their hearts or brains” and therefore inherently incapable of being trusted to shape the hearts and minds of America.

So it will be a guerilla war. We already have a few infiltrators in the enemy’s camp working undercover, occasionally slipping past enemy lines with a glimpse of conservative philosophy in scripts. But we need more. Those amongst us who can, must.

Even before Breitbart burst upon the scene Michael Savage, a great conservative story teller himself, had been screaming for years about how liberals were dismantling America through a 3 pronged attack on our borders, language and culture. When Breitbart came along, he showed us how to push back against the left’s assault; how to engage with them by using their own tactics in order to reveal their intent and their lies.

While Andrew loved getting in the face of newsmakers and news shapers – that was his gift – he likewise advised talented conservative creatives to get in the creative end of the game and pursue messaging through entertainment with the same fervor the left does. He implored the right to  participate in the making of pop culture entertainment in order to prevent it from being owned by the left.

The imminent merging of “old” media (television and movies) with “new” media (low cost digital) is about to eliminate the stranglehold of the old dinosaur media oligopoly. As the internet begins to replace cable and theatres as the preferred delivery system we will see a new media revolution.

As the old ad said, the world of video on demand (VOD) which allows consumers to access any content, anytime, anywhere, on any digital device will change everything. It is imperative that this new direct conduit to public consumption not be ceded to the liberal voice as well. That’s why people like Breitbart, Shapiro, and recently, Andrew Klaven have  encouraged conservative creators, executives, financiers, reviewers to get in the game. Start pitching stories of independent, self-sufficient people who love God and country and don’t look to the government to solve all their problems.

Nascent conservative internet media outlets (such as The Blaze,  PJMedia, and the now defunct RightNetwork) have seen the potential for this new entertainment platform.  But the platform needs to be fueled with something other than more of the same liberal message programming. That’s why conservative voices have to jump into the fray and begin creating counterculture entertainment pieces. It seems odd to many of us that  conservative values  have come to represent America’s  counterculture - is there a Boomer alive who thought they’d live long enough to see that happen? But that’s what happens when you’ve had  50 years of unchecked liberal ascendance.

So once again some of us from a bygone generation find ourselves standing at the vanguard of another counterculture revolution. One that even Camille Paglia grudgingly concedes has been coopted by the likes of Mark Levin and the conservative/libertarian rightwing:

Over the last 20 years, freedom has become a conservative watch word, and liberals have lost their claim to it. There is a huge difference between contemporary upper-middle-class bourgeois Democratic liberalism and the fire-breathing 1960s leftism that was the mood of my college years. After all, it all began with the free speech movement at Berkeley! But liberals have now been trained to be docile and obedient.(snip) To a ’60s libertarian dissident like myself, it’s really alarming. 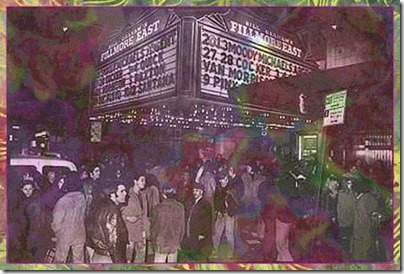 The History Channel’s recent success with The Bible is, ironically, proof enough.

So, hey Republican-conservative-rightwing one per-centers! I’m talking to you! We need you to pull your capitalist friends together and invest in the pop culture business. And believe me, what I’ve seen from the GOP lately, your money will be much better spent.

Breitbart would agree with me:

"The people who have money, every four years at the last possible second, are told, 'You need to give millions of dollars, because these four counties in Ohio are going to determine the election,'" Breitbart told the National Policy Council in October 2009. "I am saying, why didn't we invest 20 years ago in a movie studio in Hollywood, why didn't we invest in creating television shows, why didn't we create institutions that would reflect and affirm that which is good about America?"

Do you realize that if the top 10 donors to last year’s failed GOP campaign had pooled their money instead for a business venture they could have put together enough money to do a leveraged buyout of one of the major networks? Granted, we’d still have Barack Obama as president, but we’d also have NBC and at least one pop culture media outlet working for us instead of against us 24/7. I don’t see the downside.

So I’m sending out an appeal to all rich conservatives: please use your business acumen, net worth and Wall Street buddies to save the country instead of saving the Republican Party.

Maybe we should all send this post to the top GOP donors, asking them to put together a syndicate to build or buy a conservative media conglomerate instead of funding another dead-to-me Republican campaign. The top 10 would be a good start. After that add your own personal favorite rich white guys. Here are some of mine: the Koch brothers, Rush Limbaugh, Dennis Miller, Bill O’Reilly, Ted Nugent, Clint Eastwood, Donald Trump, Kelsey Grammar, and Roger Ailes (although he seems to be doing his part).

I’d write to Mitt Romney too, he is a decent man who I believe genuinely wants to help the country. It’s not his fault that Karl Rove is such an idiot. Besides, he’s not doing anything, he certainly knows how to do leveraged buyouts and he has friends in the venture capitalist business.  Maybe he can start the ball rolling.

I’ve even got a campaign slogan he can use: “Put the capitalist back in capitalism!”

Besides, we supported him; he owes us something.

In the meantime, I guess the rest of us just keep fighting back against the mediacracy anyway we can, and hope that America comes to its senses. Or at the very least finds another Happy Warrior to carry on the battle.

This post is dedicated to the memory of Andrew Breitbart: Happy Warrior up to his last tweet. 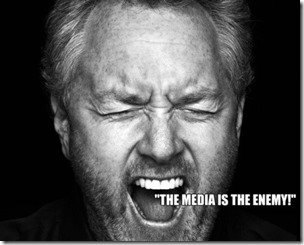 He left too soon, but he did leave the light on for us. 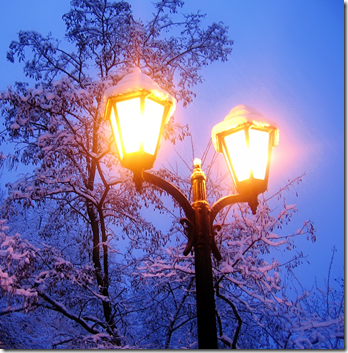 NOTE: This is part of the “Know Thy Enemy/ Beat Thy Enemy” series --

BTE I, The Education System

BTE II, The Media (attacking from outside the tent)

BTE II: the Media (conclusion; operating within the tent)

One proof of Hollywood bias against conservatives is Mel Gibson using his own money to produce the Passsion of Christ, a block buster hit by any standard. One thing Hollwood is good at is churning movies that are derivied from recent hits. How many movies were produced that were riding on the coatails of the Passion?

An employer in Hollywood’s apologized to me for being unable to hie me, saying the union would not allow him to hire me. The union in California contacted the union/s in my Midwestern community to determine that my family was generally known to be Republicans. Because The union would not permit a Republican to be hired if and when they could block the hiring.

There is a well known habit of many Hollywood executives and producers tsaying they will not hire Republicans or conservative Democrats.

The universities also have a habit of using conservative and Republican students to meet their quota of students they delliberately fail to make it appear they are culling out underpreforming students. Conservative teachers are not welcome in the teaching profession, and efforts are made to exclude and drive out any teachers who manage to get into the profession while being a Republican or a conservative Democrat.

In other words, Hollywood and Liberals are prejudiced bigots.