I have to admit, I am upset, I thought Romney would win but I am not afraid or devastated like I was in 2008 because 2008 changed me. I paid off all my debt, fired anyone I did business with who supported Obama and we bought some property in the mountains. All the guns I have bought in the last 4 years were bought in my father's name (his gift to me since he is 80 and doesn't want want the government to know my business).

My wise dad told me tonight that he fears most for Israel and the coming terrorist attacks on US soil.

Please use your anger and fear to take action and control over your finances. Pay off your debt, Build up your savings and don't support any business that supports dear leader.

Prepare for the worst and let the lazy 47% suffer the consequences of their choice.

I'm not giving up on my country. It's going to get a lot worse and it might not get better.

My dad, who can no longer write, met general Patton when he was a boy and he wants me to tell my fellow Freepers to stay strong and don't give up on this great country.

He said the real Obama will now show his true colors and we will need leaders like General Patton to come forward to restore this nation back to glory.

It's going to get ugly and I'm ready to do battle by living within my means, praying and fighting for my county by any means necessary.

I owe my mom, dad and my grandfathers who fought in WWII and who taught me what true freedom is, to never give up on this nation.

My grandfather taught me that true freedom is not the ability to do what ever you want to do.... But knowing the difference between right and wrong and having the freedom to choice to do the right thing!

And that my beloved Freepers, is something Obama, the government or the 47% can never take from me because I am free to do the right thing and free to fight to the death for my beloved America.

We need to pick up Old Glory and continue the fight. Ain’t no Kenyan Marxist dictator going to keep us Americans down.

some of us are going to need to be convinced its worth fighting for.

The GOP/Romney won’t even challenge the massive fraud. Which means it will be much much worse in 2016, if we even have elections then.

For those of you who are going to do your best to infect this thread with suicidal paranoia, one thing to remember is this:

Mitt Romney kinda, sorta nudged around the edges of almost supporting it.

He got his butt kicked. Is there a lesson here??

Honey - enjoy your isolation in the mountains until 2016. We lost get over it. Romney was Romney. It’ll be Rubio or Jeb in 2016. As for not doing business with anyone who supported Obama, gotta admit that’s strange. I’m not changing my barber or not working with the US veteran who does my landscaping because the support Obama. Get real - that isolationist no compromise bs is dark ages and makes conservatives look wacky.

The GOP doesn’t learn lessons, they will trot out some creepy candidate in 2016 (if we still have free elections, which I doubt) that is as spineless as the last ones!

Time for a third party with a clear voice. If we loose, it won’t be because we gave in. It is obvious that we loose when we compromise.

vote fraud voids elections, we did not have an election in 2012!

red states and jury nullification is our last resort.

That great big sucking sound Ross Perot pointed out in 1991 is now centered in Washington, DC. It is the sound a crashing dollar makes as it shrinks to the value of a citizens properly cast vote in a rigged election.

I am over it and yes, as a matter of fact I fired the landscaping company I used for years in 2008 and my town prayer group stopped meeting at our favorite Mexican restaurant because of their support for Obama.

Yes, we live a simple life and I’ll use my hard earned taxed almost useless dollar to support business that share the same beliefs we do any chance I can.

And my family is anything but isolated.

9 posted on 11/06/2012 11:23:49 PM PST by Glacier Honey
[ Post Reply | Private Reply | To 5 | View Replies]
To: Glacier Honey
Anybody who is still seriously looking at salvaging anything great left in our nation by using the corrupt system, that's impossible to get serious change with, needs to wake up.

We have to stop looking to change things within an unconstitutional and corrupt system. It's time for the conservative states, and patriotic people of our nation to start defying the government. You can't fix a corrupted system using a corrupted system, and there isn't any reason for someone to believe there is at this point.

10 posted on 11/06/2012 11:27:46 PM PST by ThermoNuclearWarrior (We must start working outside the broken, corrupt, and unconstitutional system to save this nation.)
[ Post Reply | Private Reply | To 1 | View Replies]
To: GerardKempf
As for not doing business with anyone who supported Obama, gotta admit that’s strange. I’m not changing my barber or not working with the US veteran who does my landscaping because the support Obama. Get real - that isolationist no compromise bs is dark ages and makes conservatives look wacky.

Wacky? Uh, no. More like courageous. More like free. Boycotting people you disagree with is as American as baseball and apple pie. I urge everybody here to work with and do business with freedom-loving Americans who oppose Obama, the Clintons, illegal immigration, big government and left-wing justices on our courts. Your money is a weapon. Use it that way AGAINST your enemies.

I'd like to just shuck it all and move...

but we need to pay the bills don't we...

worry about my funds sitting in my 401..basically just sitting there not invested...its losing value but what's the alternative?...I don't trust the stock market...

too bad the pub governors couldn't sequester the voting machines and get them checked out....at least give us that satisfaction...

sorry...if I have knowledge of someone being an obammist, I won't support them..

IF WE STILL HAVE FREE ELECTIONS??? So that was what we had yesterday? 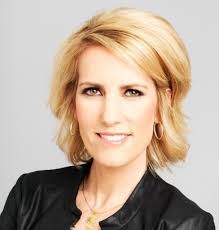 Let the bloodletting and recriminations BEGIN. I will here this early morning (U.S. time) with saying OHHHH THANK YOU SO MUCH to Karl Rove-water carrier Laura Ingraham for her incessant, in the tank promotion of RINO Romney from the earliest days of the campaign, serving as a megaphone for the female charges against Herman Cain by Gloria Allred et.a. for example to help push him from the Presidential primary race, going on to mock Rick Santorum and coming out against him and all the other conservatives in the primary in one way or other (Bachmann, Gingrich, Perry), and generally trying to shove down our throats the Annointed One from the GOP/RINO Country Club, D.C. Beltway Elite, Mittster.

On she will be on her show later today (Wednesday) ohhh you can bet decrying so much about how Obama was re=elected, but she won't have that many tears. Hey, this is business. She can count on Obama and his growing Fascism for four years at least , so this should boost her Arbitron ratings a bit and keep her contract safe. See Laura, we don't have such short memories from the primaries and where your loyalties were, and EVERYTHING IS ON TAPE. Truly I do NOT want to hear a single complaint out of this woman's pie-hole on Wednesday Morning on her show, your "Healthy Radio Addiction". (Not Mine). Not a peep please. She was part of the problem, positioning us for this massacre in the first place. These people are no friend to the Republican Party nor the Doctrinaire Conservative Philosophy Movement.

Yes, you’re right, that wasn’t a free election. The only way Romney could have won, was in a landslide, to overcome all the voter fraud!

The GOP has known since JFK that they have to win by 3% or the Dems steal it. Some of us have been BEGGING the GOP to “fight for our vote” (integrity) for years. The GOP has never, ever taken this seriously. Now it is too late. Personally, I have thought and said all along that our “last chance” was 2008. I did want to see Dear Leader get the boot but I knew Romney would be a disappointment if he won. In fact, I was banking on it.

If I had a vendor who supported Obamugabe I’d fire him on the spot...I don’t want my money supporting someone who helped bring about, if only by one vote, the destruction of this beloved country of ours.

The easiest step on fraud....is to get a copy of the voting registration listing, and start to compare against other counties or states. With a list of 50k names...the odds are a dozen folks are dual-voters. So you bring them up to the county office and let the system work on them. They will be hauled off to jail in handcuffs, and have to spend at least $5k on lawyer fees to avoid jail.

You do this over and over...because the system won’t work on its own.

Same way with dead people still on the registration list. They need to be removed. It shouldn’t take a rocket scientist to figure out a guy is dead and he can’t be a registered voter from that point on.