7/19/12: The Amonix Solar: FAIL – manufacturing plant in North Las Vegas, subsidized by more than $20 million in federal tax credits and grants given by Obama Administration, has closed its 214,000 square foot facility a year after it opened.

Bright Source: FAIL - Bright Source warned Obama’s Energy Department officials in March 2011 that delays in approving a $1.6 billion U.S. loan guarantee would embarrass the White House and force the solar-energy company to close. Lost Billions of dollars but Getting More Money To Keep Trying. Can you say, “This isnt working?”

Solyndra: FAIL - Obama gave Solyndra $500,000,000 in taxpayer money and Solyndra shut its doors and laid off 1100 workers in August 2011 After Billions in Losses due to failure to make a solar product that works!

Abound Solar: FAIL - Abound Solar received a $400 million loan guarantee from Barack Obama announced in June, 2012 that it would file for bankruptcy

Ecotality: FAIL - ECOtality, a San Francisco green-tech company that never earned any money on the verge of bankruptcy after receiving roughly $115 million in two loan guarantees from Obama

A123 Solar: FAIL-A123 received $279 million from taxpayers thanks to President Obama’s Department of Energy loan guarantees and after Solyndra bankruptcy is getting another $500M from Obama and it has lost $400M

Update: In May 2012 Obama visited a dusty, desert town 30 miles outside Las Vegas Wednesday to declare he’s doubling down on failed federal efforts to boost the solar industry which has NEVER proven to produce a single working product. Like Socialism, no evidence ot works, but they just keep doubling down on the failed ideals!.

Republicans believe Obama is gambling with taxpayer dollars as he continues to aggressively push alternative forms of energy proven to be more than 20 years off in working effectively and being affordable. After the failure of Solyndra, which resulted in the loss of half a billion dollars in taxpayer dollars President Obama is going to give America more of teh same: FAIL. [...] 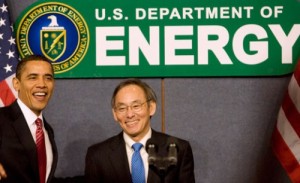 President Obama’s Energy Secretary, Steven Chu who infamously said, “We have to figure out how to boost the price of gasoline to the levels in Europe.”

What we really need to know is how much of this money came back to Obama in the form of Campaign Contributions.

Plus we need to know the identities of the officers, directors, managers and stockholders of each company.

The way they move money they steal around.

But not on the list but I am waiting for the Ben Stein rountine ala Ferris Buhler's day off... 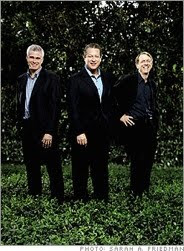 - Al Gore and John Doerr's –– the "climate duo," whose combined carbon footprint is larger than my entire city –– friendship dates as far back as the 90's. Since being converted to “global warming” by Gore in 2005 with “a convenient hype," Doerr has become a “green evangelist,” with his climate crisis message, “I’m really scared, I don’t think we’re gonna make it.” At the same time Doerr continually markets energy as “the mother of all markets” –– $6 trillion a year worldwide..... http://greencorruption.blogspot.com/#!/2012/04/green-corruption-plot-thickens.html
11 posted on 09/13/2012 9:17:18 AM PDT by bronxville (Margaret Sanger - Â“We do not want word to go out that we want to exterminate the Negro population,Â)
[ Post Reply | Private Reply | To 6 | View Replies]
To: bronxville

12 posted on 09/13/2012 9:20:56 AM PDT by bronxville (Margaret Sanger - Â“We do not want word to go out that we want to exterminate the Negro population,Â)
[ Post Reply | Private Reply | To 11 | View Replies]
To: Venturer
What we really need to know is how much of this money came back to Obama in the form of Campaign Contributions.

Exactly what I was thinking. I want another column there with their contributions to him.