LOL! Open and to the point. Friends are those who “cooperate” with obama.

And that makes those AMERICANS and ALLIES who do not “cooperate...???

What a mindboggling comment. He either doesn't “get it”...or worse, this guy is twisted. So are all the people he works with and all the liberal kool aid sluggers who continue to support this regime.

2 posted on 04/26/2010 9:14:45 AM PDT by silverleaf (Karl Marx was not one of the founding fathers ....)
[ Post Reply | Private Reply | To 1 | View Replies ]
To: John Semmens
“There’s got to be an incentive to encourage businesses to act with rather than against the Administration’s initiatives. Access to loans and subsidies is one incentive we have been using to try to induce business leaders to sign on to our program.”

They can't actually make you do anything you don't want to do.

But they try to trick me with their illusions.

They can punish you when you're not cooperative.

(Waiting for the inevitable "I don't like satire and it should be removed from FR posts.) 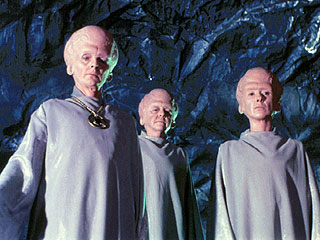 Maybe some Photoshopper can modify these guys with Obama's, Geithner's and Bernanke's faces.

Timmy indicts himself and the administration with his own words.

I love these satire pieces, but the only problem I have with this is my desire to know: which part is factual and which part is made up. By contrast, Iowahawk did a great piece recently on “journo-political violence” that was done somewhat tongue-in-cheek (in response to lib media concern about Tea Party “violence”), but it was very well linked throughout to substantiating facts.