Had Americans been able to stop obsessing over the color of Barack Obama's skin and instead paid more attention to his cultural identity, maybe he would not be in the White House today. The key to understanding him lies with his identification with his father, and his adoption of a cultural and political mindset rooted in postcolonial Africa.

Like many educated intellectuals in postcolonial Africa, Barack Hussein Obama, Sr. was enraged at the transformation of his native land by its colonial conqueror. But instead of embracing the traditional values of his own tribal cultural past, he embraced an imported Western ideology, Marxism. I call such frustrated and angry modern Africans who embrace various foreign "isms", instead of looking homeward for repair of societies that are broken, African Colonials. They are Africans who serve foreign ideas.


The tropes of America's racial history as a way of understanding all things black are useless in understanding the man who got his dreams from his father, a Kenyan exemplar of the African Colonial.


Before I continue, I need to say this: I am a first generation born West African-American woman whose parents emigrated to the U.S. in the 1970's from the country now called Nigeria. I travel to Nigeria frequently. I see myself as both a proud American and as a proud Igbo (the tribe that we come from -- also sometimes spelled Ibo). Politically, I have always been conservative (though it took this past election for me to commit to this once and for all!); my conservative values come from my Igbo heritage and my place of birth. Of course, none of this qualifies me to say what I am about to -- but at the same time it does.


My friends, despite what CNN and the rest are telling you, Barack Obama is nothing more than an old school African Colonial who is on his way to turning this country into one of the developing nations that you learn about on the National Geographic Channel. Many conservative (East, West, South, North) African-Americans like myself -- those of us who know our history -- have seen this movie before. Here are two main reasons why many Americans allowed Obama to slip through the cracks despite all of his glaring inconsistencies:


First, Obama has been living on American soil for most of his adult life. Therefore, he has been able to masquerade as one who understands and believes in American democratic ideals. But he does not. Barack Obama is intrinsically undemocratic and as his presidency plays out, this will become more obvious. Second, and most importantly, too many Americans know very little about Africa. The one-size-fits-all understanding that many Americans (both black and white) continue to have of Africa might end up bringing dire consequences for this country.


Contrary to the way it continues to be portrayed in mainstream Western culture, Africa is not a continent that can be solely defined by AIDS, ethnic rivalries, poverty and safaris. Africa, like any other continent, has an immense history defined by much diversity and complexity. Africa's long-standing relationship with Europe speaks especially to some of these complexities -- particularly the relationship that has existed between the two continents over the past two centuries. Europe's complete colonization of Africa during the nineteenth century, also known as the Scramble for Africa, produced many unfortunate consequences, the African colonial being one of them.


The African colonial (AC) is a person who by means of their birth or lineage has a direct connection with Africa. However, unlike Africans like me, their worldviews have been largely shaped not by the indigenous beliefs of a specific African tribe but by the ideals of the European imperialism that overwhelmed and dominated Africa during the colonial period. AC's have no real regard for their specific African traditions or histories.  AC's use aspects of their African culture as one would use pieces of costume jewelry: things of little or no value that can be thoughtlessly discarded when they become a negative distraction, or used on a whim to decorate oneself in order to seem exotic. (Hint: Obama's Muslim heritage).


On the other hand, AC's strive to be the best at the culture that they inherited from Europe. Throughout the West, they are tops in their professions as lawyers, doctors, engineers, Ivy League professors and business moguls; this is all well and good. It's when they decide to engage us as politicians that things become messy and convoluted.


The African colonial politician (ACP) feigns repulsion towards the hegemonic paradigms of Western civilization. But at the same time, he is completely enamored of the trappings of its aristocracy or elite culture. The ACP blames and caricatures whitey to no end for all that has gone wrong in the world. He convinces the masses that various forms of African socialism are the best way for redressing the problems that European colonialism motivated in Africa. However, as opposed to really being a hard-core African Leftist who actually believes in something, the ACP uses socialist themes as a way to disguise his true ambitions: a complete power grab whereby the "will of the people" becomes completely irrelevant.


Barack Obama is all of the above. The only difference is that he is here playing (colonial) African politics as usual.


In his 1995 memoir, Dreams From My Father -- an eloquent piece of political propaganda -- Obama styles himself as a misunderstood intellectual who is deeply affected by the sufferings of black people, especially in America and Africa. In the book, Obama clearly sees himself as an African, not as a black American. And to prove this, he goes on a quest to understand his Kenyan roots. He is extremely thoughtful of his deceased father's legacy; this provides the main clue for understanding Barack Obama.


Barack Obama Sr. was an African colonial to the core; in his case, the apple did not fall far from the tree. All of the telltale signs of Obama's African colonialist attitudes are on full display in the book -- from his feigned antipathy towards Europeans to his view of African tribal associations as distracting elements that get in the way of "progress".  (On p. 308 of Dreams From My Father, Obama says that African tribes should be viewed as an "ancient loyalties".)


Like imperialists of Old World Europe, the ACP sees their constituents not as free thinking individuals who best know how to go about achieving and creating their own means for success. Instead, the ACP sees his constituents as a flock of ignorant sheep that need to be led -- oftentimes to their own slaughter.


Like the European imperialist who spawned him, the ACP is a destroyer of all forms of democracy.


Here are a few examples of what the British did in order to create (in 1914) what is now called Nigeria and what Obama is doing to you:

America, don't be fooled. The Igbos were once made up of a confederacy of clans that ascribed to various forms of democratic government. They took their eyes off the ball and before they knew it, the British were upon them. Also, understand this: the African colonial who is given too much political power can only become one thing: a despot.

Some of the letters former US President Barack Obama wrote to his college girlfriend, Alexandra McNear have been made public.

The Emory University’s Stuart A. Rose Manuscript, Archives and Rare Book Library released the nine letters which were written in the 1980s, to researchers.

Thanks Brown Deer, and Fred Nerks. A lot of work here.

And then it appears, when he ‘visited his mother’ in Hawaii (date to be established) driving without a licence, he gave the name Bari Shabazz - and the record was cleaned up in 2003.

Would have established this much earlier, had the headfake Martha Trowbridge not muddied the water by trying turn Barrington Hughh Anthony Smith, born in Jamaica in 1959, who changed his name to Bari Shabazz in 1974, into Barack Obama.

Apuzo, Cashill and Orly, to name just a few, fell for it.

Sharon Rondeau also. That’s how the stupid rumor started that Barack Obama died in 1993 or 1994. It must have been Barrington Hughh Anthony Smith who died, the man who was born in Jamaica in 1959 and changed his name to Bari Shabazz in 1974.

1,225 posted on 04/21/2019 7:03:34 PM PDT by Fred Nerks (FAIR DINKUM)
[ Post Reply | Private Reply | To 1223 | View Replies]
To: LucyT; Brown Deer; GregNH
I did go to the Hawaii traffic court’s web site which is called eCourt Kokua and I was eventually able to confirm the information that the anonymous source sent me. Access to the court’s web site may be gained by going to http://jimspss1.courts.state.hi.us:8080/eCourt/ECC/ECCDisclaimer.iface;jsessionid=FDFF513AA90109AC4375A7CBE7C8AF36. Once at the site, click “Agree” to the terms and conditions. Then click, “Search for case details by case ID or citation number.” Once there, enter at the prompt, Case ID or Citation Number(*): 1193041MO and hit Search.” The following report appears: 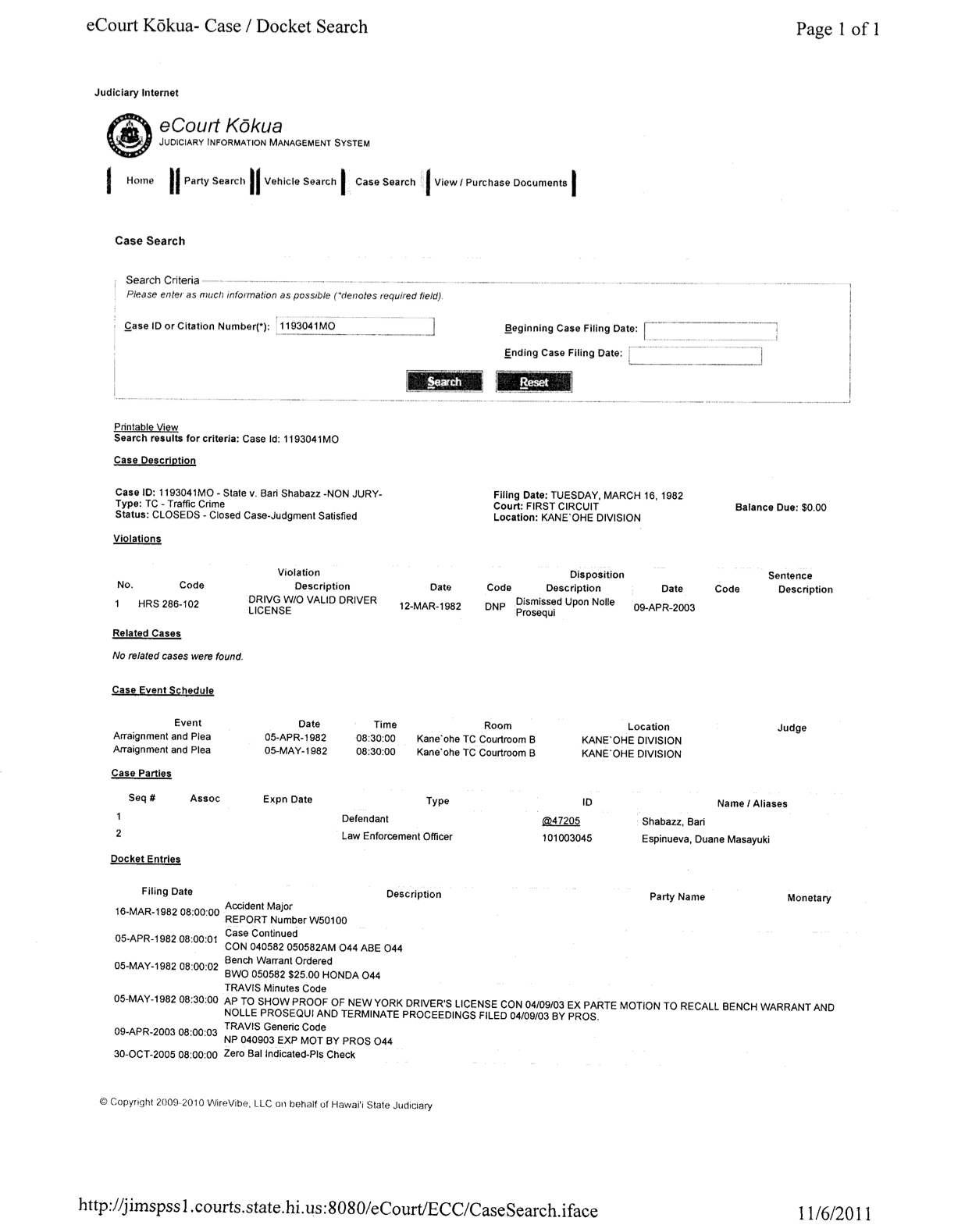 That’s how the stupid rumor started that Barack Obama died in 1993 or 1994. It must have been Barrington Hugh Anthony Smith who died, the man who was born in Jamaica in 1959 and changed his name to Bari Shabazz in 1974.

A seemingly ordinary two-bedroom apartment available to rent at 142 West 109th Street actually has a special past: President Obama lived there in 1981 during his junior year at Columbia University.

“It’s a dinner conversation,” an agent from Citi Habitats tells the Times. Not only that — it’s history. Can you really put a price on cooking pasta in the same kitchen nook where Obama cooked, squeezing past your roommate in the same narrow hallway where Obama squeezed, or staring at the alleyway across the street where Obama slept his first night in the city when he couldn’t get into the apartment, or for that matter, the hydrant where he supposedly washed up the next morning with a homeless man?

Actually, yes, you can.

The price is $1,900. And it would be exactly the same whether the president used to live there or not, a Citi Habitats rep tells us. 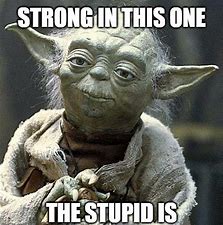 It seems that Tucker Carlson is a 3rd or 4th cousin of Alexandra McNear. His full name is Tucker McNear Carlson, born in San Francisco. His mother’s great grandparents were Etta Tucker and George Washington McNear.

This is Alexandra’s father:

SAN FRANCISCO — Robert Erskine McNear, a fifth-generation Californian who won awards as a mystery writer, died of kidney failure last week at the age of 55.

McNear, who died in his home last Friday, was a descendant of John McNear, a pioneer Californian who founded the communities of Petaluma and Port Costa.

“This week it emerged that she won the heart of the future president whilst at college, but until now the story of what happened next to her has not been told.

Rather than moving into the White House she wed a rather less glamorous compensation prize - a Serbian boxer who once tried to rob $60,000 from a bank.

Miss McNear married Bob Bozic in a ceremony which appalled her mother and brought a former vagrant and one time bookmaker into their upper middle class family...”

The bride is a great-granddaughter of the late John Caldwell of Washington, the American Minister to Persia under President Woodrow Wilson, and of the late George W. McNear of San Francisco, a real estate investor.

vesna.a.bozic
Happy Mother’s Day! @alexcaldwellmc Thank you for teaching me to be kind, compassionate, empathetic, and curious

They’re baaaack. I click on obammy is a fraud and bam! I’m kicked off the net. Just like in years past.

Hello, black suit behind the screen. Long time no see.