Unidentified arsonists placed a large trash bin against a side door of the Saint-Pierre cathedral in Rennes late last week and set the contents on fire, in an apparent attempt to torch the church.

Rennes firefighters arrived in time to put out the fire, which they believe to have been intentionally set since the bin was brought from an adjacent street and deliberately placed outside the door. The incident took place during the night from the 11th to 12th of June.

It was the owner of a neighborhood restaurant who sounded the alarm, shortly before 2:00am. “I started to smell a burning odor so I went to see if it was coming from our kitchens,” he said. “I went upstairs to the second floor and opened the window that overlooks the church.

“The smell was stronger and stronger and I saw neighbors running with buckets of water. They told me the cathedral was on fire,” he added.

Because of the swift intervention by firefighters, the fire was brought under control before serious damage except could be done to the church. The judicial police have taken charge of the investigation into the arson.

“There was no intrusion into the building,” said Father Erwan Delahaye, the pastor of the cathedral. “But the door was damaged, and was partially destroyed by the flames.”

Makes you wonder about Notre Dame. They still haven’t figured out how that fire started.

Funny how this stuff never happens in countries, like Poland.

Touch a mosque and they come after you with machetes to lop off your head.

I have no doubt that Notre Dame was arson. It’s politically “unwise” for the French goverment to announce it. The French people are less hesitant about piling enemy bodies in the street...

If these people keep at it ... sooner or later they will torch Notre Dame.

Yep. On the left we see the invaders. On the right, Hungary. And hopefully, never the twain shall meet. 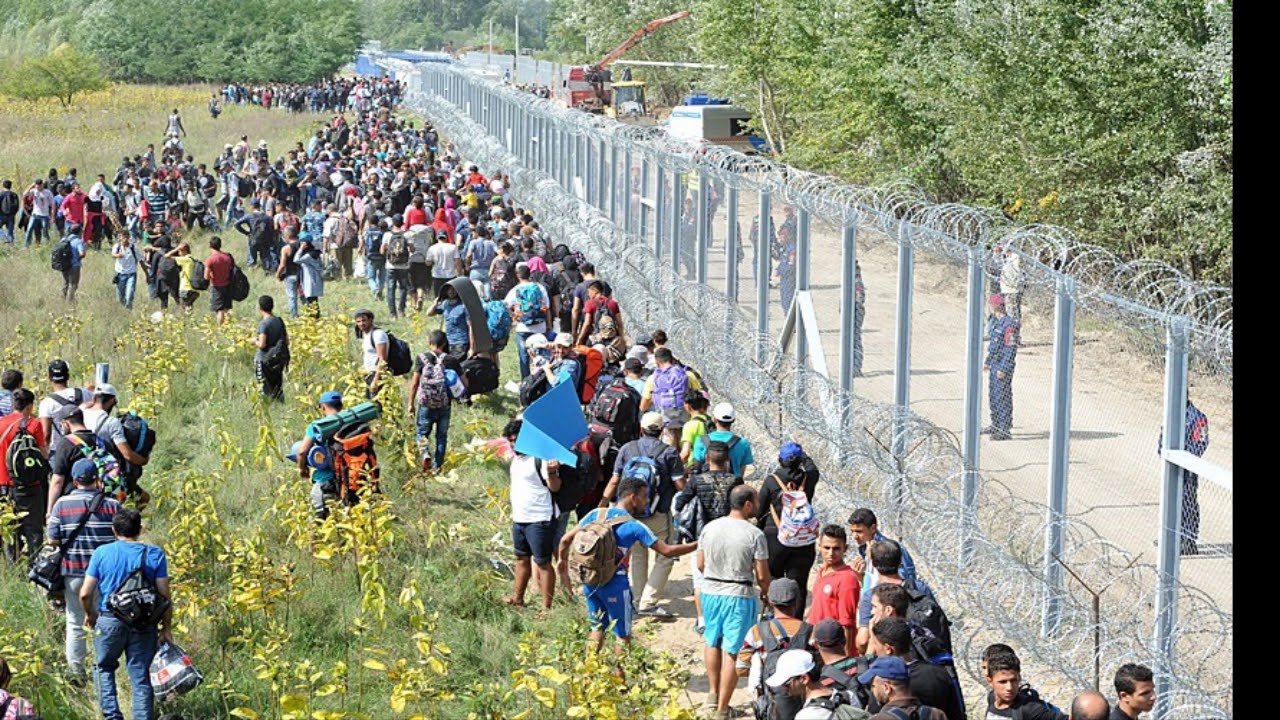 The Froggies let the sand-diggers into their country because they were “refugees” from a war between Syria and Isis (or at least claimed to be). Now they are trying to turn France into Syria.

Now that the war in Syria is over, the Froggies need to deport all the “Syrians” back to Syria.

Partner, this behavior really describes the Mooselimbs that France has let into their country.

It is shameful to see all these Mooselimbs now in France and they got their illegally.

The French Secret Service better get on the ball to see how many of them mean to kill the French people and make the French subject to Sharia law. We really hope that this does not happen to France.

The French unfortunately will need a General Black Jack Pershing type to get the Mooselimbs out of France.

12 posted on 06/16/2020 6:57:32 PM PDT by Leaning Right (I have already previewed or do not wish to preview this composition.)
[ Post Reply | Private Reply | To 11 | View Replies]
To: Leaning Right
> Funny how this stuff never happens in countries, like Poland. < Yep. On the left we see the invaders. On the right, Hungary. And hopefully, never the twain shall meet.

Partner, the Hungarians were ready to beat the heck out of the invaders when we were in Budapest.

Words can not describe how P.O.ed I was when I saw the foundations.

Actually, the Hungarians stopped the Mooselimb invasion by sending back the trains that were in the Budapest train station.

So the fire at Notre Dame was an accident? Not buying it.

14 posted on 06/16/2020 7:05:52 PM PDT by I want the USA back (Never forget Justine Damond, murdered by a NON-WHITE, NON-CHRISTIAN cop. (Oh, and no riots))
[ Post Reply | Private Reply | To 1 | View Replies]
To: TheConservativeTejano
Yes, the Hungarians know their history. My older Hungarian-American relatives still complain about the Romanians! And I’m pretty sure none of them ever met a Romanian. Anyway, below is a statue of Ronald Reagan in Budapest. Note the flowers placed at his feet.

15 posted on 06/16/2020 7:10:35 PM PDT by Leaning Right (I have already previewed or do not wish to preview this composition.)
[ Post Reply | Private Reply | To 13 | View Replies]
To: marshmallow
Arsonists Attempt to Torch Rennes Cathedral in France

But they think Notre Dame was an accident.

Partner, I did not know there was a statue of President Ronald Wilson Reagan in Budapest, Hungary.

Where is the statue of President Reagan located in Budapest. Is it where all the statues of the Heroes of Hungary is located.

We were in Budapest about 2 years ago and we can not wait to go back and visit, since there was a lot of construction in the city going on and when they finish it will rival even Paris, France.

Thanks for this photo of President Reagan's statue in Budapest, since he is the first Republican president I ever voted for and I have been voting Republican since he was elected twice.

I am an Independent voter now and we are glad that President Trump beat Miss Hillary and we think he will win with a Reagan like landslide in November of this year.

Partner, we just do not want any more Mooselimbs in this country and in Europe period.

We personally think that we need to get ole General Black Jack Pershing back and beat the tar out of the Mooselimbs.

In the early 1900's General Pershing ordered 50 Mooselimbs on the Execution line and then he took off the bandana off of one prisoner. The lone Mooselimb witnessed the slaughter of a pig and he noticed the soldiers dipped their bullets soaked in blood and they proceeded to execute 49 Mooselimbs with the bullets soaked in pigs blood.

General Black Jack Persing released the lone Mooselimb and they did not have any trouble in the Philippines from 1904 to now.

> Where is the statue of President Reagan located in Budapest. <

A short article about that is here.