MUSKEGON, Mich. — President Trump told supporters here Saturday that early voting trends in Michigan show that he’s defying polls and will win the state, while he tangled with Democratic Gov. Gretchen Whitmer, the target of an alleged kidnapping plot, calling her an aspiring “dictator.”

“We’re leading,” Mr. Trump said at a campaign rally in this town on the shores of Lake Michigan, calling it an early signal of his comeback. “We’re supposed to be way behind, until Election Day when all the Republicans go and you’re going to have a ‘red wave’ like you’ve never seen before.”

White House officials said Saturday that mail-in balloting and early voting totals in Michigan show that 41 percent of the 1.4 million votes so far were cast by Republicans, and 39 percent by Democrats. Another 20 percent of the vote was by independents...

some of those democrats voting will be voting for repubicans. It won’t be an insignificant number.

Trump has been saying that 25 percent or so of the people that attend his rallies are democrats.

I want to hear from Freepers in Michigan about conditions on the ground.

“I want to hear from Freepers in Michigan about conditions on the ground.”

He’s probably quoting from his internal polling which is more accurate than what we see in the media.

I have said it from day one, I see no way Trump loses any state he took in 16.

I believe he will outperform 16 across the board...

Win every state he got in 16... and win most if not all states he lost by less than 5. And done be shocked if he manages to pick off one or two he lost by more than 5.

I watched it. “Largely cops”? Nope.

My wife, and some of my kids were at the campaign event today. They said it was awesome and inspiring to be so close to our President. I stayed home with the grand kids and dogs so they could go. It feels like Michigan will go to President Trump bigger than last time. Muskegon is historically a blue collar, union, democrat party town, but is turning Republican Red as President Trump brings manufacturing jobs back home.

That is great to hear.

I hope he’s not quoting from the target/smart poll..they changed their Trump MI +2 poll

It’s not a poll, it’s the actual votes.

There was a sea of ‘Cops for Trump’ signs - did you not see that ?

One thing that has changed since 2016 is there a lot more early voting.

Also, the polls had wild claims of early voters voting heavily in favor of Biden in state after state—in the real world the polls have _already_ been proven totally false.

All the pieces are starting to fall into a place for a solid Trump victory—and the polls are just laughable background noise. 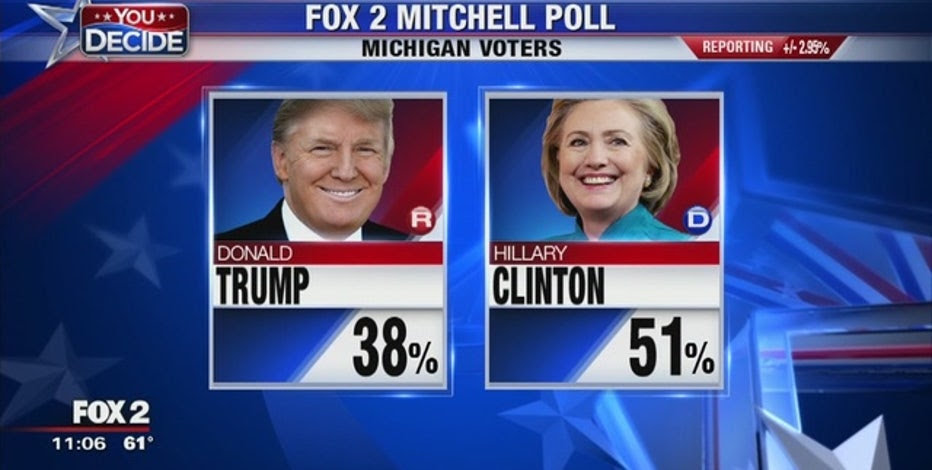 I am in Traverse city.

Lots of Biden signs went up in the last month around here. Been a lot of Trump signs all summer though.

Trump supporters seem to be very dedicated and not shy about their support. Biden people dont seem to say much. At least to me this seems the way it is.

Lots of dem ads on the radio lately with the usual class warfare statements.

They are bringing in a lot of money from out of town to pay for them. Have a state rep race that has had over a million from out of town sent to it. Crazy how much they are spending in the last few weeks. At the same time they are taking out of town money they are saying how they will root out special interest money.