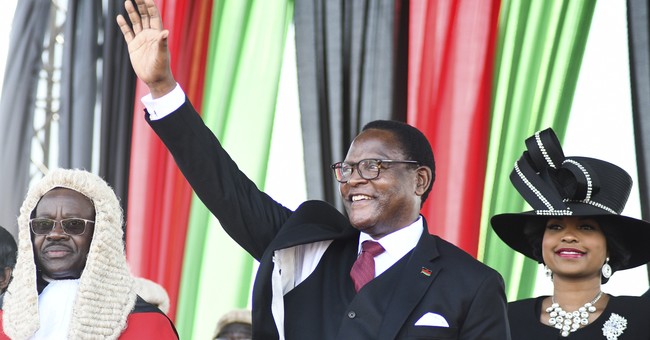 In May 2019, Peter Mutharika, incumbent president in the southern African nation of Malawi, claimed a narrow re-election victory over opposition challenger Lazarus Chakwera.

Since he retained the title of president, Mutharika believed he controlled the guns and the courts. The protests would fade.

He learned otherwise. Malawi's military, the Malawi Defense Force (MDF) and the Malawi Police Service, watched the country carefully, keeping order but not taking sides. The opposition appealed to Malawi's highest court, the Constitutional Court. MDF commanders made it clear their service, as protectors of the constitution, would protect the court's justices and respect the court's decision.

MDF soldiers prepared to secure the FPE's paper ballots. In a June briefing, an MDF general told motorists to "maintain a distance of at least one kilometer between them and vehicles" carrying ballots. Enter the security zone and get a warning, but "(overtly) following the vehicles can lead to loss of lives if one is not careful." Beware political thugs -- MDF weapons prevent ballot hijacking.

On June 23, opposition leader Chakwera received 60% of the vote in the untainted do-over. Mutharika got 38%. An MDF contingent immediately began protecting Chakwera.

Voting irregularities occur in mature democracies. However, election fraud does severe harm to developing nations where the disenfranchised have little or no systemic recourse and free speech is risky. Hope and nascent civil participation give way to wrath and alienation, which produce violence and destruction, not stability and economic development.

In the six decades since decolonization, election rigging by sub-Saharan Africa elites has stunted economic and social progress in nations whose people deserve far better (see Ghana). Disregard of constitutional law and violent intimidation of opposition voters by the party in power inevitably accompany election theft. Burundi and Congo are examples.

Since power didn't change hands in Nairobi, the BBC called Malawi's 2020 FPE "the first time in sub-Saharan Africa that a flawed election result has been overturned, and the opposition has gone on to win power democratically."

Malawi did more than establish a new regional standard; it provided a globally instructive example of the strength of a liberal constitutional process that is respected by the citizenry.

Moreover, Malawians expect their judicial and security institutions to respect the constitutional process and enforce it. The MDF is small and professional. On several occasions, it has acted to protect constitutional authority (2012, for example).

They admit the joke isn't quite true, but it's not totally false.

So long as the US Postal Unions control the mail, mail in ballots are all suspect.

Voting must take place at polls. If you cannot make it to the polls, you do not vote

There are exceptions for military and foreign service workers only

Soetero's relative Odinga tried to bully, muscle, and murder his way to overturn the first result, as he had done in the previous election. Obama was right there beside him.

Mail In Ballots = Voter Fraud.One needn’t be a rocket scientist to figure that out.The proof of that is that Rat Party Headquarters has figured it out.

4 posted on 07/08/2020 7:10:37 AM PDT by Gay State Conservative (The Rats Just Can't Get Over The Fact That They Lost A Rigged Election!)
[ Post Reply | Private Reply | To 2 | View Replies]
To: bert
So long as the US Postal Unions control the mail, mail in ballots are all suspect. Voting must take place at polls. If you cannot make it to the polls, you do not vote There are exceptions for military and foreign service workers only

Partner, the only folks that should write a mail in ballot if our military folks.

We will not here anything from the lying, infantile, pieces of work MSM on this cheating.

The cheating is always done by the DemonRat party folks.

I love a happy ending!

Nice wig & hat they got there.