Nigerian brothers Abel and Ola Osundairo are prepared to testify at the upcoming trial for Empire actor Jussie Smollett, according to their lawyers, who also mentioned that the two brothers will not feel vindicated unless Smollett is found guilty of lying to police, adding that they do not have any “ill will” toward the actor — only toward his lawyers, for calling them “liars.”

“They have no ill will towards Mr Smollett,” said Gloria Schmidt Rodriguez — one of the lawyers for the Osundairo brothers — to the Daily Mail.

Smollett was recently indicted by a special prosecutor in Chicago over his alleged hate crime hoax last year, in which the actor claimed that he was physically attacked by two men wearing MAGA hats who put a rope around his neck, poured bleach on him, and shouted racial and homophobic slurs at him, before eventually yelling, “This is MAGA country!”

After the details surrounding Smollett’s claims began to unravel, it became apparent that the actor had paid the two Nigerian brothers to stage the attack.

In a shocking move, the initial charges against Smollett were promptly dropped by Cook County State Attorney Kim Foxx, who was reported to have had close ties with former First Lady Michelle Obama, whose husband — President Barack Obama — Smollett had campaigned for.

On Tuesday, following the actor being charged with lying to police by a special prosecutor, a lawyer representing the Osundairo brothers says that the two are willing to testify — for either side — in Smollett’s trial.

But he’ll go on some liberal talk circuit and stress that the point he made was more important.

And they’ll fall for it

I hope this pig does some real time. I really do.
I also hope this ends Kim Foxx’s career.

Yes they will. He will soon get his own reality TV show.

In the black community, I think he lost about 75-percent of his support. There might be some who still half-way believe something legit happened that night (they want to believe that).

I think at this point, a minimum of a year in prison is necessary....to make a point about false reports. The cops wasted a fair amount of time trying to find the two MAGA-hat guys. At some point, he’ll introduce some weird new part to the story, in that he’s addicted to drugs which made him think he was attacked, or he’ll confess that he’s mentally nuts.

The number was changed to protect the innocent, er well something like that.

Cripes...
“Nigerian” Brothers were born and raised in chicago ll.

Yes, they were and they’re American citizens. But they took a trip to Nigeria right after Smollet’s hoax so the racist corporate media labeled them Nigerians and it stuck.

This case is so airtight, the legal system has no credibility at all without serious repercussions for this lying, race-baiting deviant.

I thought Susan Smith (the lady who drowned her children in a car, then blamed a fictitious black man) should have faced stiffer penalties for the racially-inflammatory lie, and this loser should as well. Nutjobs act on these stories, and they were fictions from the start.

I would be creative with his sentence...maybe only six months in jail, and repay the cops and prosecution folks for wasted man-hours, then forbid him access to social media of any type, for three years after release from prison.

He should have to publicly apologize to white people in general and Trump supporters in particular.

He should be in jail along with the racist prosecutor who set him free.

Well, well...that tidbit about the background of the “Nigerian brothers” was news that I had missed. 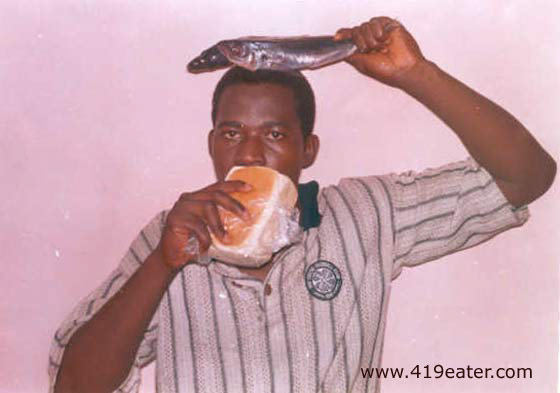 I should have provided some documentation.

Now to get the Post Office to verify Jussie’s letter was a hoax also perpetrated by him.