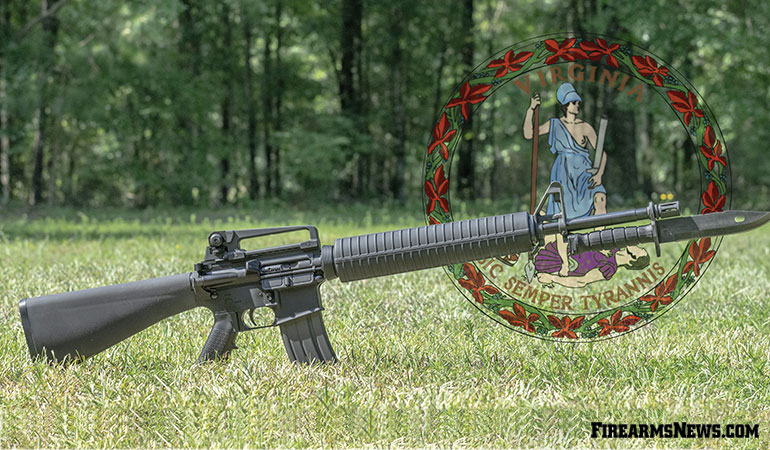 In response to the wave of proposed anti-gun legislation in Virginia, many of its cities and counties have declared themselves Second Amendment Sanctuaries. One county, in particular, took it a step further at their December 3rd County Board of Supervisors Regular Meeting.

In addition to passing their Second Amendment Sanctuary Resolution, the county also passed a Militia Resolution. This resolution formalizes the creation, and maintenance of a defacto civilian militia in the county of Tazewell. And to get a better understanding why the council members passed this resolution, Firearms News reached out to one of its members, Thomas Lester. Mr. Lester is a member of the council, as well as a professor of American History and Political Science.

Firearms News: Councilman Lester, what are the reasons behind passing this new resolution, and what does it mean for the people of Tazewell County?

Tom Lester: We understand the implications of this new resolution are potentially enormous, but we also understand the political importance of making the county a Second Amendment Sanctuary.

Declaring our county a Second Amendment Sanctuary is a great first step, however, Virginia is unique because of its constitution. Under Article 1 section 13 of the VA Constitution, VA must maintain a well-regulated militia composed of its people to validate its authority.

This is the political subdivision of legislature from which VA politicians derive authority - an authority expressly stated in the VA constitution.

This subsection makes it the responsibility of counties to maintain a militia, not a National Guard or other standing army.

Thanks to Governor "Black Face" Northam (aka "Coon Man") and his radical demoKKKrat party they are going back in history to the days and months just prior to the War Between the States.

Congrats to Coon Man and the party of treason!

militia ? all y’all will be “red flagged”

Do you have to be a resident to join ?

War of Northern Aggression all over again ...

Maybe Governor Blackface Kill ‘Em All In Utero would like to try for Bull Run III.

A well organized militia is what it says. Start organizing, get as many vets as possible, think of a catchy name, design some fancy patches, buy surplus uniforms and go on from there. i.e. Hudson County Citizen Militia, Home Guard Army, don’t use Guardians of the Constitution, people may be offended by it. Oh what the hell, the word militia is enough to worry them. Hold meetings after church on Sundays and have SOS served as breakfast.

Yeah, they’re stupid when they should be afraid.

Life, liberty and the pursuit and destruction of totalitarians in the republic BUMP!

militia ? all y’all will be “red flagged”

So how about a ‘Don’t Tread On Me’ flag complete with snake, with red background.

That is what Virginia gets for electing those crazy democrats!!!

Militias should be going up every where.

My advice to anyone considering this a good idea; don’t attach the word militia to any group you’re involved with. Use your imagination as to a better way to describe yourselves.

Starting next year in Virginia, all participants in gun rights rallies at the State House will be photo imaged and Red Flagged.

Watch for gumshoes in the parking lot photographing license plates.

How about a SLED agent waving his badge in your face and warning, “your attitude is noted, citizen, and your activities are known to us”?

Why is every Northern area liberal? N-S Korea, N-S Vietnam