The US has told at least one US ally in the Middle East, that they have intelligence showing that the launch was “likely” coming from staging grounds in Iran, but they have not shared that intelligence yet. “It is one thing to tell us, it is another thing to show us,” said a diplomat from the region.

A US official separately tells CNN that the US has assessed that the attack originated from inside Iran. The official spoke on condition of anonymity.

No public evidence has been shared.

What countries in the region decide to do, in reaction to the Saudi oil field attack, largely depends on what the US is willing to do, the source said. CNN reported earlier that Secretary of State is expected to speak with the UAE Crown Prince on Monday and other nations.

The Pentagon declined to comment. The State Department and the White House did not respond to a request for comment.

The WSJ first reported that the US was telling countries region that the attacks were launched inside Iran.

CNN wants me to believe them FIRST?!

No sale, Hussein Heads — EVER.

“(Reuters) - The Saudi-led military coalition battling Yemen’s Houthi movement said on Monday that the attack on Saudi Arabian oil plants was carried out with Iranian weapons and was not launched from Yemen according to preliminary findings.

Coalition spokesman Colonel Turki al-Malki said that an investigation into Saturday’s strikes, which had been claimed by the Iran-aligned Houthi group, was still going on to determine the launch location.

“The preliminary results show that the weapons are Iranian and we are currently working to determine the location ... The terrorist attack did not originate from Yemen as the Houthi militia claimed,” Malki told a press conference in Riyadh.

He said authorities would reveal the location from where drones were launched at a future press briefing.”

But does that really mean anything?

For the record, I don't really doubt that Iran is behind this. But the phrasing sounds like something Joseph Goebbels would say about how the fighting started in Poland -- "The aggressors were wearing Polish uniforms …"

5 posted on 09/16/2019 12:26:05 PM PDT by ClearCase_guy (If White Privilege is real, why did Elizabeth Warren lie about being an Indian?)
[ Post Reply | Private Reply | To 1 | View Replies]
To: BeauBo
Did they report that the cruise missiles carried Iranian soldiers who stormed the refinery in Saudi Arabia and removed babies from their incubators? :-P 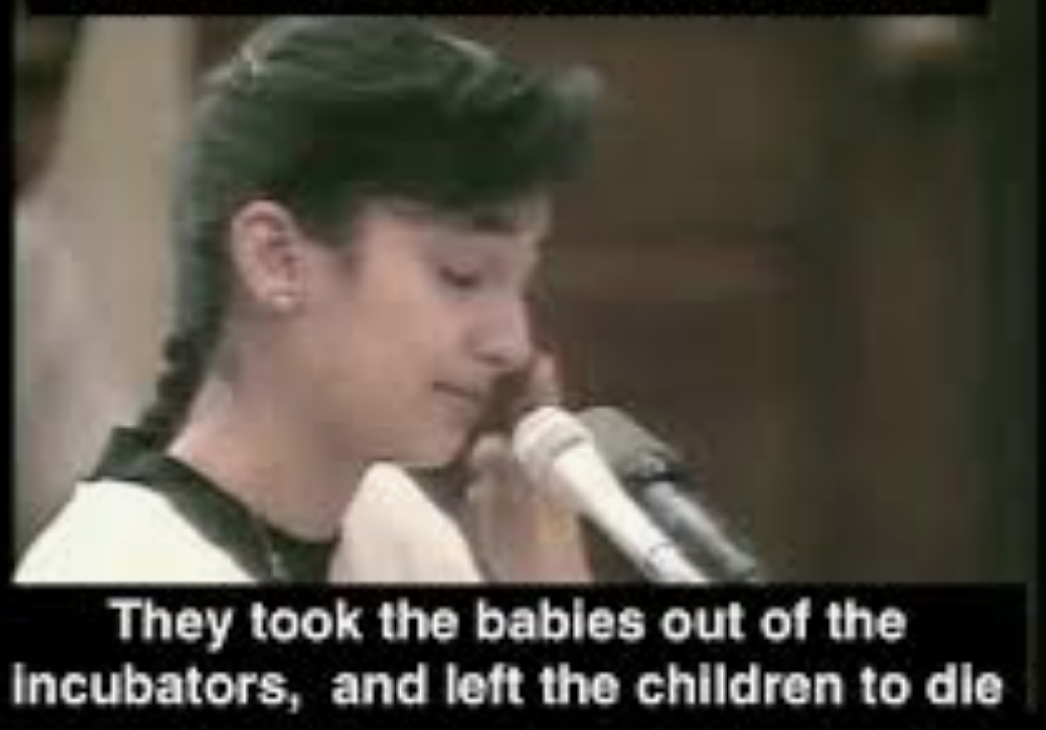 IMHO I believe the Sauids should take care of their own business. The US has been training their pilots for years now. Seems to me they should be answering with their full force. NONE of our people should be placed in harms way until the Middle East starts taking responsibility for their actions and protection. They all wave their swords and scream Death to America until their blood is required, then they want ours to spill for them.... Just saying.

Not our Circus
Not our Monkeys

There is simply no way Iran could launch a score of cruise missiles at the Saudis undetected.

It’s the most surveilled region of the world.

THere is something odd about this whole thing.

We have posters here who have been there. There are more valuable targets.

Info is not being revealed.

saw this on twitter. Of course, it could mean nothing..but also makes sense..who knows

My sources say that the Saudi attack was from Russian Backed Rebels and Technology. payback for American Backed Rebel attack’s on Russias Syrian Base with Drones, that where picked up and shot down. Huge Embarrassment for US and Saudis

Remember that John Kerry continues to meet with the Iranian government.

That is one of the things that makes no sense

No one should trust our intelligence apparatus anymore, unfortunately. I’m pretty certain, that a very large majority of the folks that are meeting snitches, in dark alleys all over the world, are doing so for the good of the country. However, I cannot say that about the upper levels of management and their puppet masters in Congress and elsewhere.

Folks want war. They want President Trump to go to war and get dragged into something that they know will hurt him in 2020.

But, I think the unfortunate thing is, even if he HAS to retaliate(and I think it’ll take a lot for that to happen), when he decides to push the ‘WAR BUTTON’, it will be devastating. I do not think the term, or at least I hope, “Proportionate Response” will be a factor in any decisions. Iran, if they are the masterminds of the attack, has been treated with kids gloves for decades. And then, the last administration not only treated them with kids gloves, it gave them presents. I don’t think that is going to be the case this time around.

What people witnessed from watching the media, LiveLeak or Youtube, from the US military in the Gulf War and the GWOT should give them a sense of what the US military can do when it is on a leash. What the US military has in store for it’s enemy’s is some “next level” sh*t that no one has ever seen before. When you have one F22, that can shoot down as many planes, as it has air-to-air missiles on its wings, before the other plane knows what is happening, if you’re on the other side, you’re about to have a really bad day.

Last time I checked, the Iranians don’t have the, Rods of God, orbiting the earth waiting for some work.

Then tell the dress wearing Saudis to go take care of it.

” I believe the Sauids should take care of their own business. The US has been training their pilots for years now.”

I’ve trained their pilots for years. They have some excellent pilots and some not so great ones.

They also have mediocre ability to extend a fight beyond their borders.

I’m uncertain they could do it.

If I was them, I’d take out the faculties on Kharg Island.

Iran’s economy is faltering badly. Their source of income, oil, is at regular lows due to American frackers. They need to keep it high so they received more income for the oil they can sell.

How do they accomplish that?

One thing I do know is this: The Middle East is one place where national borders mean almost nothing. Tribal groups and militant factions operating across borders are more powerful than governments in many of those places ... which pretty much explains why the U.S. pissed away thousands of lives and a trillion dollars to invade Iraq, only to have the country turn into a puppet state of Iran in just a few years.

I don’t believe a damn thing that comes out of our Deep State Intel
agencies.