The aircraft vanished en route from Kuala Lumpur to Beijing in March 2014 in one of the world's greatest aviation mysteries.

The southeast Asian nation has now agreed to pay US firm Ocean Infinity up to $70 million if it finds the plane within 90 days.

Its search vessel, the Seabed Constructor, today reached the remote spot in the Indian Ocean where Australian scientists believe the plane went down.

Eight drone-like underwater vehicles will now scour the ocean floor for wreckage in an area never searched before.

Australia, Malaysia and China last year called off their two-year search for the plane, which was carrying mainly Chinese passengers, after finding nothing in a 120,000 sq km underwater search zone.

The new search would begin in a new 25,000 sq km zone, just north of the original one, identified by the Australia Transport Safety Bureau’s as the most likely location for the fuselage and black box.

But it is not known whether the flight recorder would have survived such a long period at great depths, reports News.com.au.

The Boeing 777 made a radical change of course just an hour after take-off and crashed in the ocean off Western Australia six hours later without sending a distress signal or message.

Grace Nathan’s mum was one of those on the flight and she told ABC that the renewed efforts have been welcomed.

“I’m relieved that the search is finally back on,” Ms Nathan told the show.

“We fought so hard ever since the plane disappeared for the search to continue.

“But at the same time it’s so hard to be optimistic because at every single junction in the past we’ve always been met with disappointment.

“Every search has returned empty.

“We’ve always been faced with more and more bad news.” 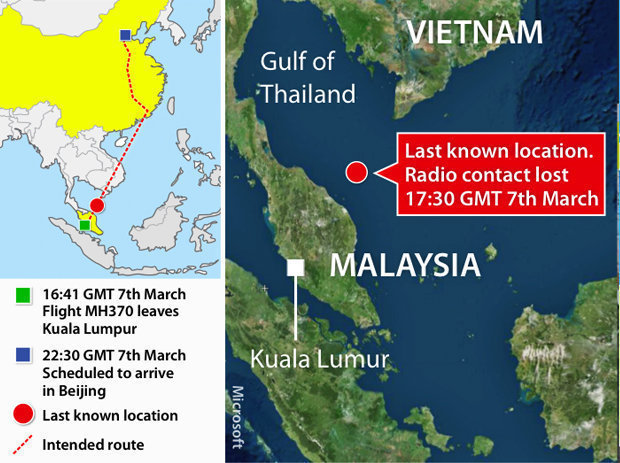 They will NEVER find this aircraft because it was blown to bits by two Iranians aboard using FAKE passports.

Based on the satellite engine info, I strongly suspect it’s down there somewhere. One of the passengers. "Just an ordinary kid" his mother says. YEAH RRIIIGGGGGHHHHHHHHT.

Actually it landed safely in China. Then destroyed.

Haven’t there been confirmed two bits washed up on shore over by Africa?

it is bad form to speak ill of the departed.

But CNN has had the good grace to truly leave.

I still believe that they hijacked it to head towards Diego Garcia to attempt to destroy the airbase /b-52’s there.

It either ran out of fuel or was splashed deliberately to thwart it.

How does using a dozen drones... or a million of them, make a new search more efficacious?

Monumental waste of time and money.

It may make our knowledge of a huge area of the Indian Ocean bottom more useful in the future; there is that...

Speak for yourself. As for me, often it is a cause for celebration. I look forward to many future ones...

No regrets or apologies whatsoever!