Mulvaney: Trump Is Building A Wall Right Now, Here Are The Pictures
RealClearPolitics ^ | May 2, 2017 | Tim Hains

Director of the Office of Management and Budget Mick Mulvaney said Tuesday that a wall is being built right now on the Mexican border.

There's several hundreds of millions of dollars for us to build levee walls along the southern border. And as many of you know who follow this issue, some of the most vulnerable areas that we have are places along rivers where we desperately need levees in order to provide the protection of the southern border that we -- that we need, OK?

We are building this now. There is money in this deal to build several hundreds of millions of dollars of this to replace this. ...

This is what DHS wanted. It's also half of the cost, so we can build twice as much of it. This is a huge win for border security. 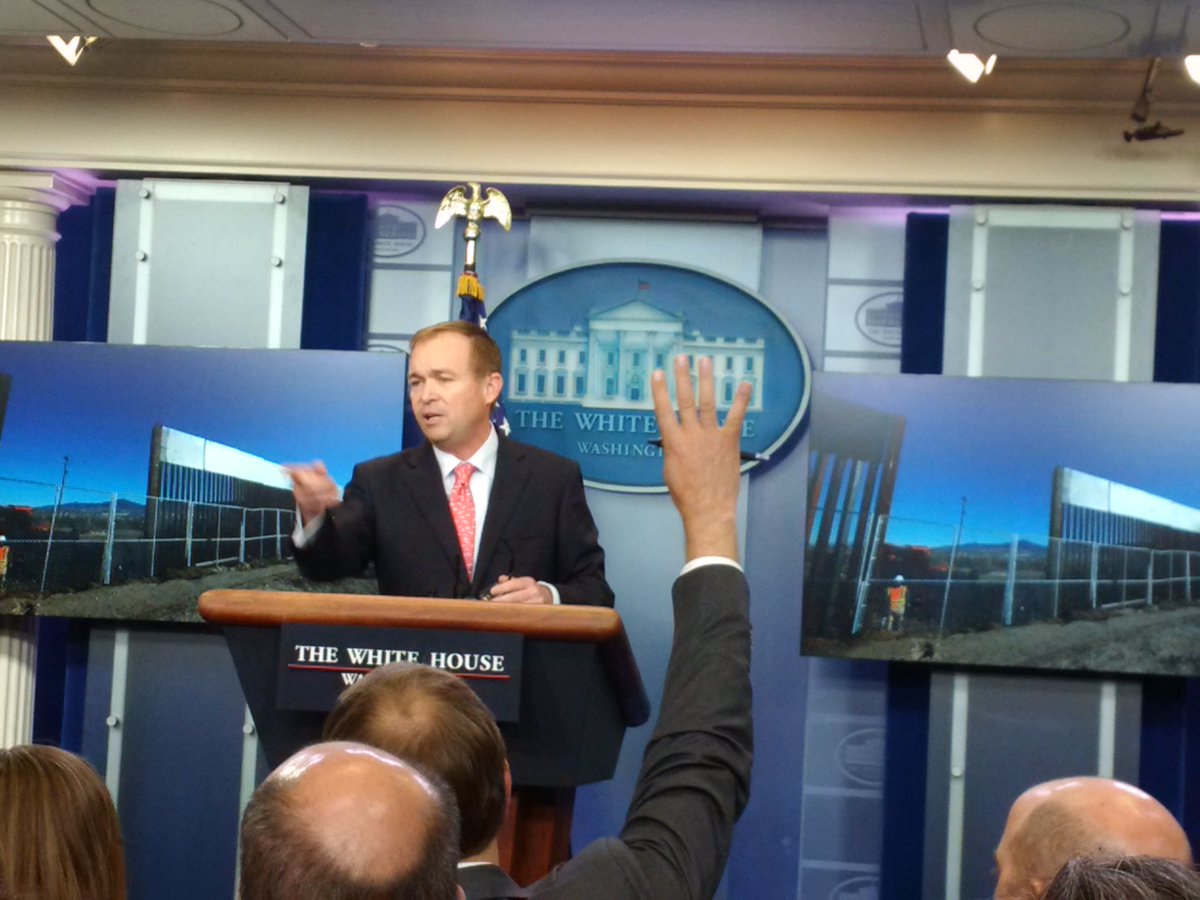 Trump could build much of the wall under maintenance.

Posts, chains, or a stick in the ground marking the border could be fixed to a wall under maintenance. LoL.

1 posted on 05/04/2017 10:43:20 AM PDT by Red Steel
[ Post Reply | Private Reply | View Replies]
To: Red Steel
but there's been a dramatic reduction in attacks on our Border Patrol agents where they can see through the wall, because nobody's throwing anything over the top at them...

If you can see thru the wall, so can they. And, then they can aim and target BP.

A tall solid wall, they cannot.

Remember when people were mocking Trump by claiming 3-D chess about this budget deal?

Looks like the President is a lot smarter than the trolls were giving him credit for.

That’s great but guess who’s paying for it? It’s not Mexico. It’s called “Fake News” for a reason. Unfortunately even the “good guys” in DC get caught up in it!

Also, the wall in those pictures looks like something people could get over.

So you mean they are not writing the check? I may get a case of the vapors!

Yes, and so can the Border Patrol. That door swings both ways.

I apologize. I was a bit skeptical, My bad

allows birds to fly thru? LOL

Bad guys can climb up the beams like an iron worker. I prefer 10” thick, 40’ tall concrete slabs sunk 10’ in the ground.

False false false! We have been hoodwinked and still people are buying this garbage speeed by this stooge trying to sell us a bill of goods as if this CR was a good thing!! It even has this conservative site believing breathlessly every word coming from this presser.

1) this wasn’t Trumps budget and the “wall” being built didn’t come from his budget.

3) the wall design, budget for it and measures were all cited and passed during 2016!

He re-used an image that was taken back in 2016. Per the link I gave, it was already published on the Customs and Border Patrol website Sept 13th 2016. Exact same image.

It’s part of a levee-wall building project in Hidalgo County, Texas. They held the groundbreaking ceremony for the first of these levee walls back in 2009:

These aren’t new projects that have started since Trump took office, they’ve been underway for years.

Folks can keep cheerleading running across the stage with their Pom poms or wake the hell up to the fact that THIS IS NOT the wall we were promised.

That type of fencing may be OK on some portions of the border. On other portions an actual WALL (you know, a SOLID, THICK one where a portable power saw couldn’t quickly make a hole) would be NECESSARY.

Yea, but if you have a long wall with no holes in it the wind will push on it too much, making the Earth rotate faster than it should... which would create more climate change (tm).