Advocates working to stop Donald Trump admitted Tuesday that Trump's victory in Indiana makes it harder for them to take him down now. Yet, they vowed to keep fighting.

"We will continue to seek opportunities to oppose his nomination and draw a clear line between him and the values of the conservative cause," Cooper said in the statement. "If nominated, he will lose in historic fashion, threatens down ballot campaigns and likely usher in a Clinton presidency. This is indisputable when three of four women view him negatively and solid red states like Utah and Mississippi are in play."

Katie Packer of the anti-Trump Our Principles PAC also released a statement pledging to "give voice to the belief of so many Republicans that Trump is not a conservative, does not represent the values of the Republican Party, cannot beat Hillary Clinton, and is simply unfit to be President of the United States."

Packer said she planned continue educating voters about Trump "until he, or another candidate wins the support of a majority of delegates to the Convention."

“Darn those voters! They can’t be allowed to pick our nation’s leaders!”

I hope they all meet a traitors fate

Their only allowed to Vote in the General where will lose

Just so you all know who you’re hearing this crapola from, it’s the usual suspects again.

This is a stupid headline. The never Trump movement is just what is says. They will never vote for Trump. I don’t see how that got harder. 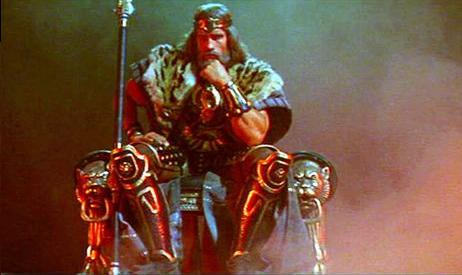 Mongol General: Conan! What is best in life?

Conan: Crush your enemies. See them driven before you. Hear the lamentations of their women.

The GOP-ee’s `Club For Growth’ suffered some serious shrinkage today too. Muy bueno.

8 posted on 05/03/2016 6:27:27 PM PDT by tumblindice (America's founding fathers: all armed conservatives.)
[ Post Reply | Private Reply | To 1 | View Replies]
To: Milhous
Trump's victory in Indiana makes it harder for them to take him down now Was listening to Ken Blackwell before on FOX.

They should just admit they’re all in for black lives matter.

The NeverTrump crowd has much in common with the Rosenbergs. The crimes they have both committed against our country is striking.

Why don’t they just admit they are campaigning for Hillary? Cruz never had a chance against Hillary—and they want the only person who can win against her out of the race. They are worse than rinos.

“If nominated, he will lose in historic fashion, threatens down ballot campaigns and likely usher in a Clinton presidency.”

If people like this spent as much time supporting Trump as bashing him, a landslide victory in November would be inevitable.

I just watched Megyn for first time in six months and rest assured #nevertrump is in full throat.